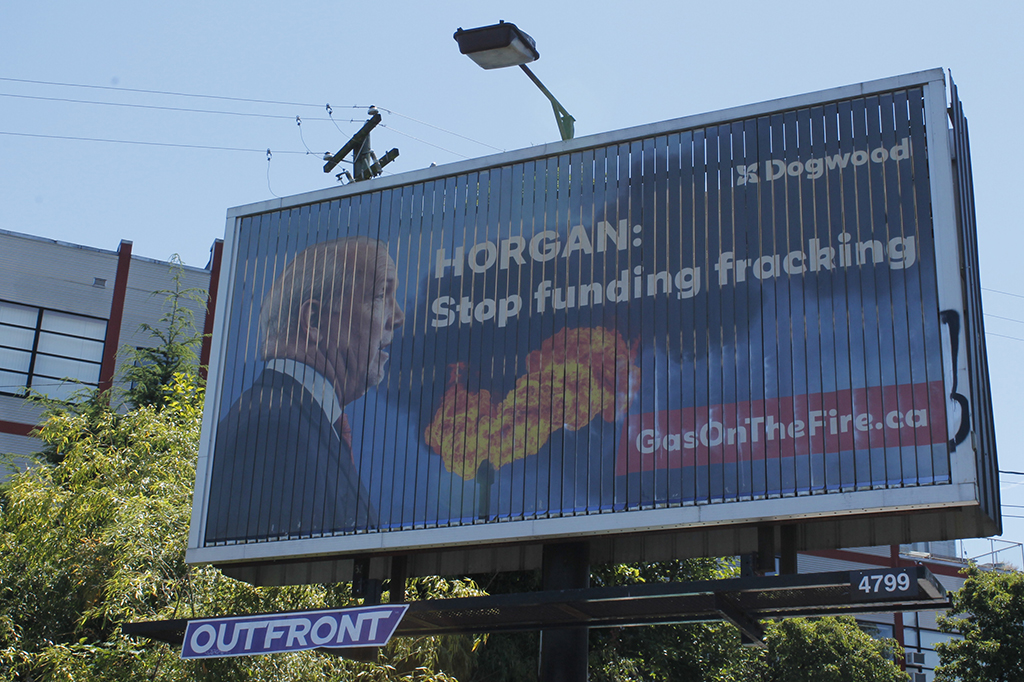 The public has a month to weigh in on oil and gas royalty payments. Increasing royalties could reduce fossil fuel production, experts say.

The B.C. government is asking the public to weigh in on the future of the province’s oil and gas sector. Environmental organizations say it’s a chance to send the industry packing.

The government is following through on a campaign promise to review its oil and gas royalty system. Royalties are the fees that companies pay to government for publicly owned resources, like oil and gas or timber.

The system is “broken,” according to a recent independent review commissioned by the province. It “does not support and contribute to government and societal goals,” and is a mess of “piecemeal modifications” and “excessively complex.”

The government has released an 18-page discussion paper that summarizes the 104-page technical review and has asked the public to fill out a questionnaire “feedback form,” or send them a letter with their thoughts.

Public consultation will be open until Dec. 10, with a new policy scheduled to be introduced in February and to take effect in March, according to the government website.

Peter McCartney, the Wilderness Committee’s climate campaigner, said the royalty review will determine “whether this province builds a brand-new fossil fuel industry during the climate crisis or initiates a managed decline of fracked gas production, as scientists around the world are saying is necessary,” he said.

Public pressure could create a new royalty system that charges high fees for fossil fuel companies exploiting B.C. oil and gas reserves. That would be the biggest determining factor in whether or not new drilling projects move forward, or whether new LNG projects are on the table, he said.

“We really need to get this right and use the right priorities to decide what direction the province is going to go in terms of climate change,” he added.

B.C. uses 12 per cent of the gas it produces and exports the rest.

Natural gas production makes up 20 per cent of B.C.’s total greenhouse gas emissions. But that number only covers a fraction of the true emissions because B.C. doesn’t count emissions when gas exports are burned in other countries.

In its discussion paper, released as part of the consultation, the government says gas is used in homes for heat, cooking and hot water, and industrially in the production of fertilizer, medications, plastic, paint and fabrics. Almost 30 per cent of B.C.’s total power comes from gas.

Sven Biggs, Canadian oil and gas program director with Stand.earth, says that isn’t reflected in jobs. The oil and gas industry employs less than one per cent of B.C.’s workforce, he said.

And the government discussion paper notes royalty rates charged to oil and gas companies have been slashed over the last eight years, from 8.4 per cent in 2013 to 2.4 per cent in 2020.

That’s a fraction of what companies pay to extract oil and gas in the U.S., says Tom Green, senior climate policy advisor at the David Suzuki Foundation. Gas produced on U.S. public land is charged a 12.5-per-cent royalty, which jumps to a 20- to 25-per-cent royalty on private land, he says.

Green says B.C. should bring in a 24- to 30-per-cent royalty to reflect the damages caused by continuing to produce, burn and export fossil fuels during a climate emergency.

B.C. also needs to apply a carbon tax to fossil fuel exports, scrap all fossil fuel subsidies and share the increased royalty revenues with Indigenous nations that have been harmed by natural gas production, he said.

McCartney said that’s not an option the province seems to be considering.

Anyone wanting to fill out the public consultation questionnaire will be asked a number of technical questions.

Some are straightforward. Is the environment, economic stability or a fair return on investments the most important factor in creating a new royalty system?

Others are more complex and technical.

“They’re asking people to make judgments about an extremely complex system, when really what they should be asking is about values and whether or not a royalty system should fight climate change.”

But there’s more than one way to give feedback.

Environmental organizations like Stand.earth, the Wilderness Committee and Dogwood BC created letter-writing tools that people can use during the public consultation.

People can also contact their MLAs or send their own letters to government, says Alexandra Woodsworth, campaign manager with the environmental advocacy group Dogwood BC.

“Don’t be forced to fit into the boxes government is offering through its questionnaire — use the various channels available,” she says.

Biggs says public participation is critical because government is being pressured by the oil and gas lobby to expand subsidies.

Parfitt says he’s been trying to get these numbers for years through freedom of information requests, but has always been denied.

“This is rental information with the public being paid the rent for the value of their resource. We own it, the government turns it over to companies for rent — this information should be public.”

Parfitt adds he is “disturbed by the lack of transparency.” Other royalties collected from publicly owned resources, like lumber, can be searched through government databases.

The provincial government says it wants to fight climate change, but “at the end of the day the government is not willing to drive down production on LNG. It’s doing the opposite,” she says.

Woodsworth notes the discussion paper says natural gas is a “cleaner” alternative to coal and oil and can be used to help transition the world to a lower-carbon economy.

But that’s a greenwashing myth that has been widely debunked, she says. For example, natural gas is made of methane, a greenhouse gas with up to 86 times more warming potential than carbon dioxide over a 20-year period.

One subsidy all environmental organizations hope is on the chopping block is known as the Deep-Well Royalty Program, which was created in 2003 to reward companies using fracking technology.

Woodsworth says the review is a test for B.C.’s climate commitments.

The province could cut deep-well credits and introduce new royalties that drive down production and emissions.

Or it could continue to prop up the LNG industry with subsidies, she says.

View the original article published by The Tyee.

No more freebies for fracking