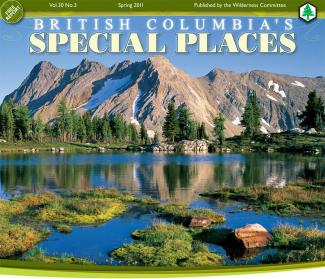 This year is the 100th anniversary of BC's wildly spectacular provincial park system. When Premier Richard McBride created BC's first provincial park, Strathcona, on Vancouver Island back in 1911, I wonder if he could have foreseen the rising tide of citizen activism that would persist and grow stronger with each succeeding generation. Ever since 1911, with greater and greater determination and passion, people from all parts of the province have worked to improve and expand BC's park system.

Even during the dark days of the Second World War the BC government followed the lead of concerned citizens and designated several huge new provincial parks, including Wells Gray and E.C. Manning.