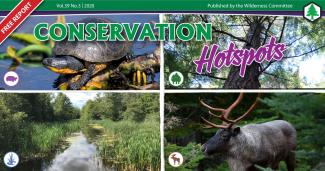 People in Ontario have a long history of environmental stewardship and protection. Indigenous nations have rooted relationships with nature in their economies, laws and cultures since time immemorial. These values are embedded in the original treaties that shape this land. Ontarians value experiences in nature for the tranquillity, beauty and wonder they provide.

Freshwater, forests, grasslands, clean air and a stable climate are essential to our quality of life. Over the last few centuries, Ontarians have reaped the rewards of these diverse ecosystems, but intensive resource extraction, urban development and failure to honour the treaties have also left them heavily degraded.

Southern Ontario has lost nearly three-quarters of its wetlands in addition to much of its original forest and grasslands cover. Central and northern forests, wetlands and peatlands are threatened by unsustainable logging and mining. This puts the climate, wildlife and remote Indigenous communities at risk. Over 240 species are identified as at risk in Ontario, with habitat loss the main cause.

Science and Indigenous knowledge make it clear we need to do much better at conserving and restoring the ecosystems sustaining us. The UN has highlighted the potential of nature-based solutions in addressing climate change. Canada has committed to protecting 17 per cent of land by 2020 and a quarter by 2025 and has enlisted Indigenous leadership to create Indigenous Protected and Conserved Areas to meet these goals. All of this means business-as-usual in Ontario is not going to cut it.

There are provincial laws aimed at environmental protection. Often these have been hard-won by pressure from environmental organizations and grassroots communities. These laws, however, are always at risk of being tampered with and weakened by the government of the day.

The current government, under a mandate of “opening Ontario for business,” has launched an attack on the environment under the guise of cutting “red tape.” Some cuts made headlines early on, such as closing the office of the environmental commissioner and shutting down clean energy projects. They cancelled the cap-and-trade program and replaced it with a climate plan with reduced targets that was blasted by the auditor general as “not supported by sound evidence.”

The government has also targeted laws aimed at conserving natural systems. Many changes have largely gone unnoticed, tucked away in bureaucratic language within huge omnibus bills. Together they amount to death by a thousand cuts. Under pressure from industry, they’ve created loopholes making it easier for sprawl developers to expand without limits, quarry pits to dig into significant wetlands and have gutted protections for species-at-risk. They’ve proposed doubling logging in the boreal forest and exempting industry from government and public oversight.

It’s vital for all of us to be vigilant and raise our voices to challenge this dismantling of environmental protections. We’ve already seen the premier back down from plans to open the Greenbelt to development due to massive public outcry — proving people power can take down corporate greed.

This report highlights critical conservation hotspots to illustrate what’s at stake when protections get cut and how communities are fighting back. 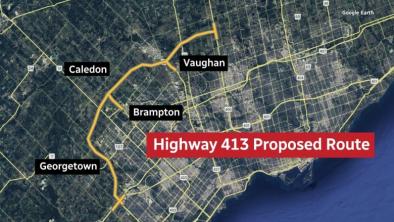