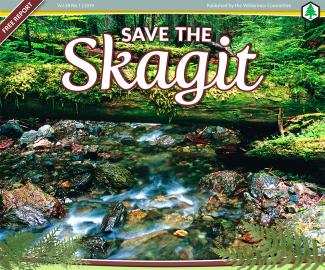 The Skagit River rises in the Cascade Mountains from wetlands, rivulets and tarns located on both sides of the 49th parallel, eventually entering the Salish Sea near Mount Vernon, Washington. The area’s lush forests and clean clear waters support an impressive diversity of fish and wildlife, including an important run of chinook salmon.

This area’s importance can’t be overstated. Wilderness habitats within the Skagit headwaters are required to recover B.C.’s

North Cascade population of grizzly bears — the priority grizzly population for recovery in the province. Over 200 species of birds have been documented here and the area contains important forest habitat for the endangered northern spotted owl.

The good news is about two-thirds of B.C.’s Skagit headwaters are protected in Skagit and Manning provincial parks. However, the rest of its lands aren’t protected. They are covered by a 1984 treaty — the High Ross Treaty — between B.C. and Seattle calling for conservation to protect the health of the watershed.

Which is why environmental groups on both sides of the border were surprised when last year the B.C. government — through its own BC Timber Sales (BCTS) — allowed clearcutting in the headwaters of the Skagit River in an area surrounded by those parks. Nicknamed the Donut Hole, the forest here hasn’t been granted provincial park status because of a pre-existing mineral claim tenure currently owned by the mining company, Imperial Metals.

While we scrambled to get it stopped, BCTS was allowed to grind on over the long days of summer and into the fall of 2018. Both the mayor of Seattle and governor of Washington State called on B.C.’s premier to stop the chainsaws, to no avail. By winter four new clearcuts scarred the mountainsides.

What successive B.C. governments have been too slow to grasp is just how vital the headwaters of the Skagit River are to the health and wellbeing of the region’s people and wildlife. This river and its tributary streams are located near the town of Hope. The headwaters are within a half-day drive of over six million people including those from Metro Seattle, Bellingham, Metro Vancouver and the Fraser Valley. And it’s a major outdoor recreation destination featured in local hiking guidebooks.

These headwaters are unceded Indigenous lands. Upper Skagit, Stó:lō, Syilx and Nlaka’pamux people have accessed the Skagit headwaters forests, meadows and streams since time immemorial for essentials such as clean water, wild foods, old-growth wood and other cultural materials needed for medicines and spirituality.

Recent clearcut logging in the Donut Hole is a wake-up call for all those who love the Skagit. It’s time to protect it for good. 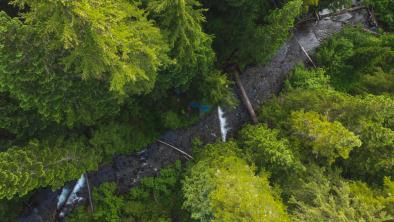