Time to sustain rather than destroy 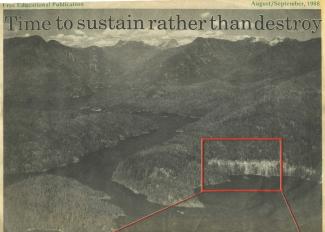 Eventually the BC Forest Products stopped road building in the face of the mounting protests. The logging company had wanted to reach the Megin Valley but in 1993 the Megin Valley and other surrounding ancient forests were protected within an expanded Strathcona Provincial Park. See our History and Achievements page.

Read it here
1988 08 Time to sustain rather than destroy.pdf