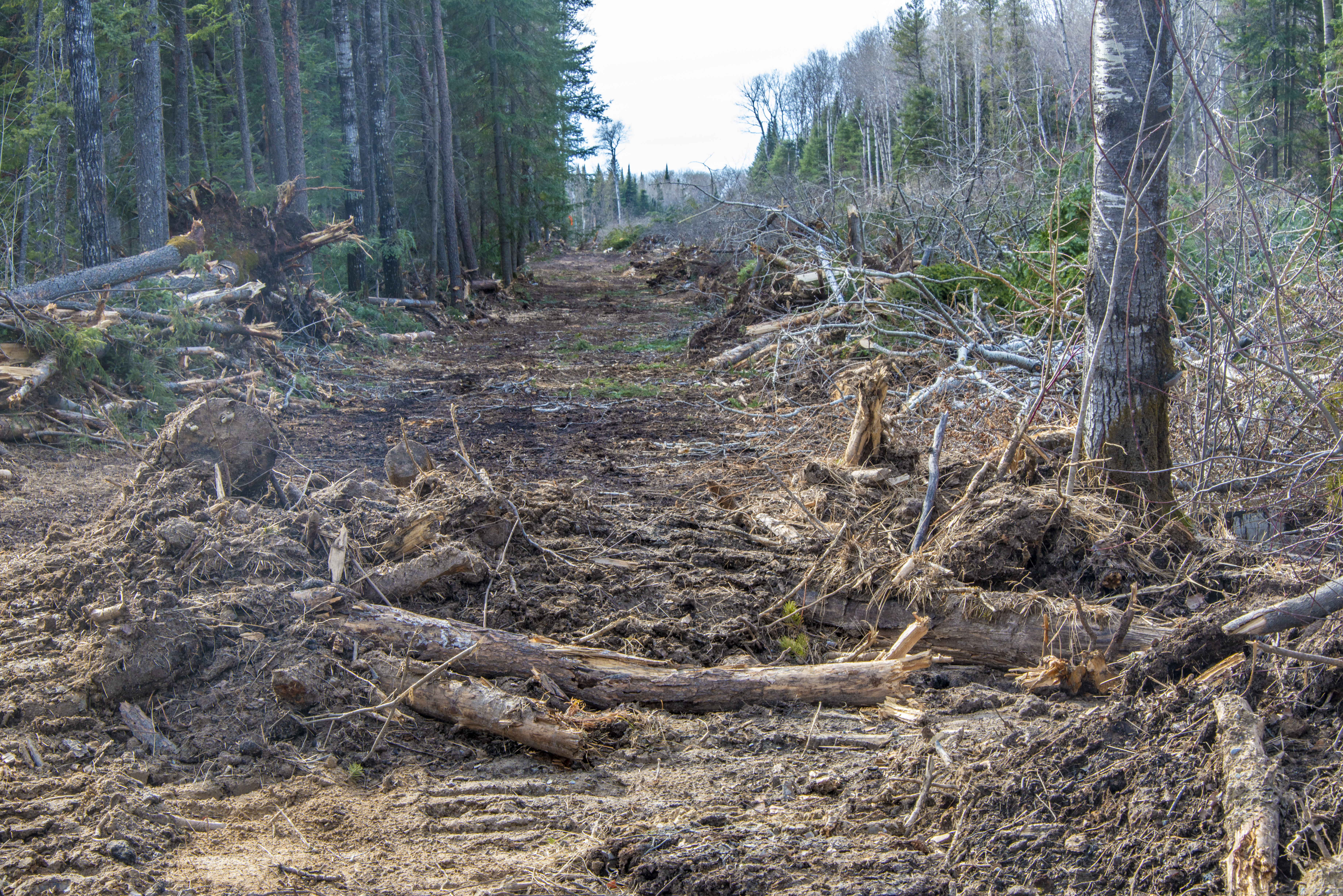 Write your own appeal letter here.

I am appealing the issuance of Environment Act licence #5991.00 to Canadian Premium Sand for an oil and gas frack sand mine.

The Wilderness Committee is a federally registered charity with a mandate to protect the environment. We have been working across the country since 1980, and in Manitoba for 20 years. Every year 60,000 people across the country chip in to ensure the Wilderness Committee continues to speak up on behalf of wild spaces, wild species, and healthy communities. It is with the combined weight of these 60,000 voices that I submit this appeal.

This appeal does not constitute the extent of our objections to this licence being issued. The government and proponent’s shady operations during this entire process will be receiving a more fulsome and public investigation in the coming months. Below you will find specific ways that the Manitoba government and the proponent have failed in the specific issuance of this licence and the licence conditions.

Unexplained Use of Out-of-Date Environment Act

In 2015 the Manitoba Law Reform Commission released a report that stated how the Environment Act--written in 1988--needed to be revised. The report was written after extensive discussions with industry, communities, and environmental advocates. In fact, the reform was predicated on environmental licencing errors that occurred in Hollow Water First Nation territory in 2012. Continuing to operate with the same failing regulations is providing the same failings for communities.

From the executive summary of the report:
“The recommendations set out in this Report are intended to result in a more contemporary, certain, transparent, and comprehensive framework for environmental assessment and licensing.”
Your Manitoba government is still ignoring this important update to our environmental licencing regime four years after the recommendations were tabled. Why?

Without an explanation as to why environment licencing reforms are not occurring, this licence is invalid.

The majority of details regarding the public safety concerns and ecological impacts of this proposed mine have not been publicized. It appears Canadian Premium Sand has not prepared for these impacts, and licence conditions indicate as much. As such this licence needs to be suspended until the public safety and ecological concerns are made public.

Vegetation
As confirmed by the Technical Advisory Committee (TAC), Canadian Premium Sand has not done proper baseline surveys of the vegetation in the proposed project area in order to properly institute revegetation in the mine closure plan. The licence must be suspended until a complete site inspection is finished, publicized, and peer-reviewed.

No Mitigation for Sand Blowing From Open Quarry
Despite repeated questions from TAC (Manitoba Health and Air Quality Section of Sustainable Development), Canadian Premium Sand has not produced a mitigation plan to deal with carcinogenic silica sand blowing from the open quarry and in to the community. An open pit of sand the size of six football fields can not simply be covered up in the case of high winds. Until an appropriate plan to deal with this eventuality is published this licence must be revoked.

Endangered and Threatened Species
The site has not been inspected for endangered species. Condition 44 of the Licence must be expanded to include mandating the Canadian Premium Sand to publicize a fulsome workup of endangered species field research in the area and have it available for peer review. Until such time the licence must be suspended. Any work done on-site before then may violate Condition 44 and also be actionable under the federal Species At Risk Act.

Rare Forest Ecosystem
The TAC (Lands Branch) indicated repeatedly that the forest ecosystem in this proposed project area is unique, yet the desk jockeys for Canadian Premium Sand’s consulting firm sitting in their Winnipeg offices said it wasn’t and didn’t matter. Subsequently, the licence was issued without any conditions relating to these TAC concerns. This is an omission error on the part of the Environmental Approvals branch. The licence must be suspended until a complete field inspection of the flora is done, publicized and peer-reviewed before a decision on approving this proposal can be made.

Secret Closure Plan
In an astonishing manoeuvre, Mines Branch and Canadian Premium Sand are keeping the revegetation and closure plan secret, even from the TAC members. The ability of the proponent to even afford to do closure or put up the required financial bond for closure is called into question. The licence must be revoked until the closure plan is publicized, and peer and publicly reviewed.

Sewage Overload
Despite questions raised by the TAC, there is no licence condition which requires Canadian Premium Sand to address the added load of sewage from their new operation on existing local sewage infrastructure. A licence condition requiring the proponent to model forward their expected impact and an appropriate financial bond to the local sewage treatment authorities must be added.

Town Evacuations for Health Reasons
Despite being questioned by TAC, Canadian Premium Sand did not indicate how they would handle a dust exposure concern for local residents. While an Emergency Response plan is required, it must be publicized and reviewed before the proposal can proceed.

Source Water Supply Missing
After repeated questions from the public and TAC on water sources, Canadian Premium Sand has not indicated a source water supply yet. Condition 58 states a Source Water Contingency Plan might be needed. Until a source of water for the plant is identified, and a Source Water Plan is publicized, and publicly reviewed, the licence must be revoked.

Topographical Reclamation
There is no possible way for the project site to be rehabilitated to its current state, as was mentioned many times by TAC, despite contrary claims by Canadian Premium Sand. You can not remove between 10 and 30 meters of sand from the land and then expect the land to be the same again. The proponent must be required to produce a topographical model of what the site will look like so the public can visualize and understand the loss to the area.

Financial Surety for Provincial Highway Damage
TAC comments indicated the extensive damage to highways and the Pine Falls Generating Station roadway which will result from Canadian Premium Sand’s proposal. While Licence Condition 71 states a Traffic Impact Study must be produced to indicate and mitigate impacts to provincial highways, it must also include a requirement for a financial bond to pay for such impacts. Past experiences in the region, ie Tembec, have shown how companies fold and leave the public to pay for their damage. The licence should be suspended until the impact of this proposal and financial surety are publicized.

Calculating the Loss of Forest Floor
Mines Branch, in TAC comments, requested to know the thickness of the forest floor over the sand deposit, which will allow us to gauge how great an impact this mine proposal will have. This information would be available from the drilling program Canadian Premium Sand undertook. There is no licence condition which requires this information to be published, despite the proponent stating they would do so. A licence condition stating the amount of forest floor being removed must be added.

Funding Moose Population Monitoring and Recovery
TAC comments state Canadian Premium Sand must be involved in moose population monitoring. While the Wildlife Monitoring Plan is mentioned in Condition 31, it does not mention moose specifically. The collapse of moose populations across the province, coupled with the cultural importance of moose to indigenous communities are reason enough to add a licence condition expecting the proponent to financially contribute to moose monitoring and recovery programs in Manitoba.

Publicize Plans and Monitoring Data
None of the conditions listed in the Licence requires monitoring data or plans to be publicized. This is an abuse of the Environment Act proposal process. The following plans are required to be produced before operating the proposed mine, but none of the information will be publicized, despite constant calls for it from TAC and the public:

The Licence must be revoked until all of these plans are publicized and publicly reviewed.

Condition 3 states liquid sampling undertaken will only be reported to the Director and not the public. This must be changed.

The Annual Operating Plan required under Condition 35 must be made public yearly, with an appropriate opportunity for public comment. This will mirror other industrial operations on public lands such as logging.

Condition 47 does not prevent Canadian Premium Sand from draining wetlands adjacent to the development. “Draining” must be added to the list of prohibited wetland activities.

Condition 79 limits Canadian Premium Sand from venting fugitive emissions in areas zoned commercial or residential, but explicitly allows for venting into the public land and forest. This exemption of undeveloped public land must be removed so the proponent is not allowed to pollute at will.

Condition 85 states Canadian Premium Sand is only required to keep air quality monitoring equipment reports for 24 months. The long-term health ramifications associated with breathing carcinogenic silica sand dust mandate that air quality records be submitted annually and kept in perpetuity, so they can be used in legal action against the proponent when health issues develop.

Condition 87 to 94 detail air quality measurement and monitoring—of a carcinogenic substance in a populated area—yet many of the conditions are only required if the Director asks. Additionally, none of the data is public. This is not acceptable. All air quality data must be published.

Condition 95 states a local public Monitoring Advisory Group will be established. This Committee requires, at a minimum, funding to do research, transparent selection process for members, public reporting requirements, and a requirement for Canadian Premium Sand to address concerns brought forward by the Committee. This must be enshrined in Licence Condition 95.

Condition 96 lists reports that are to be annually filed with the Director. These reports must also be made publicly available.

Again, the above listing is only failures of the specific licence as issued.

The Wilderness Committee continues to object to the Manitoba government’s cheerleading and facilitating an expanding oil and gas frack sand mine in this province. Expansion of the fossil fuel industry and the resultant climate catastrophe is putting humanity at risk.

It is expected that Minister Squires will provide written explanation as to why the above listed 26 concerns were mishandled during the Environmental licencing process.

Wilderness and Water Campaigner for the Wilderness Committee

Write your own appeal letter here.

MB Votes 2019: Will you rescind the frac sand mine's environment act licence until the 15 missing management plans have been publicized and peer-reviewed? 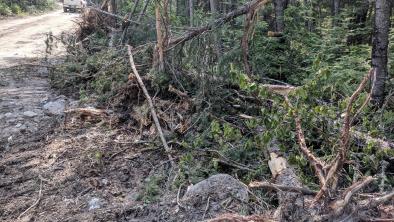 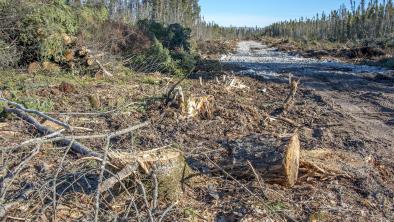 Feds called on to take over frack sand mine environmental assessment