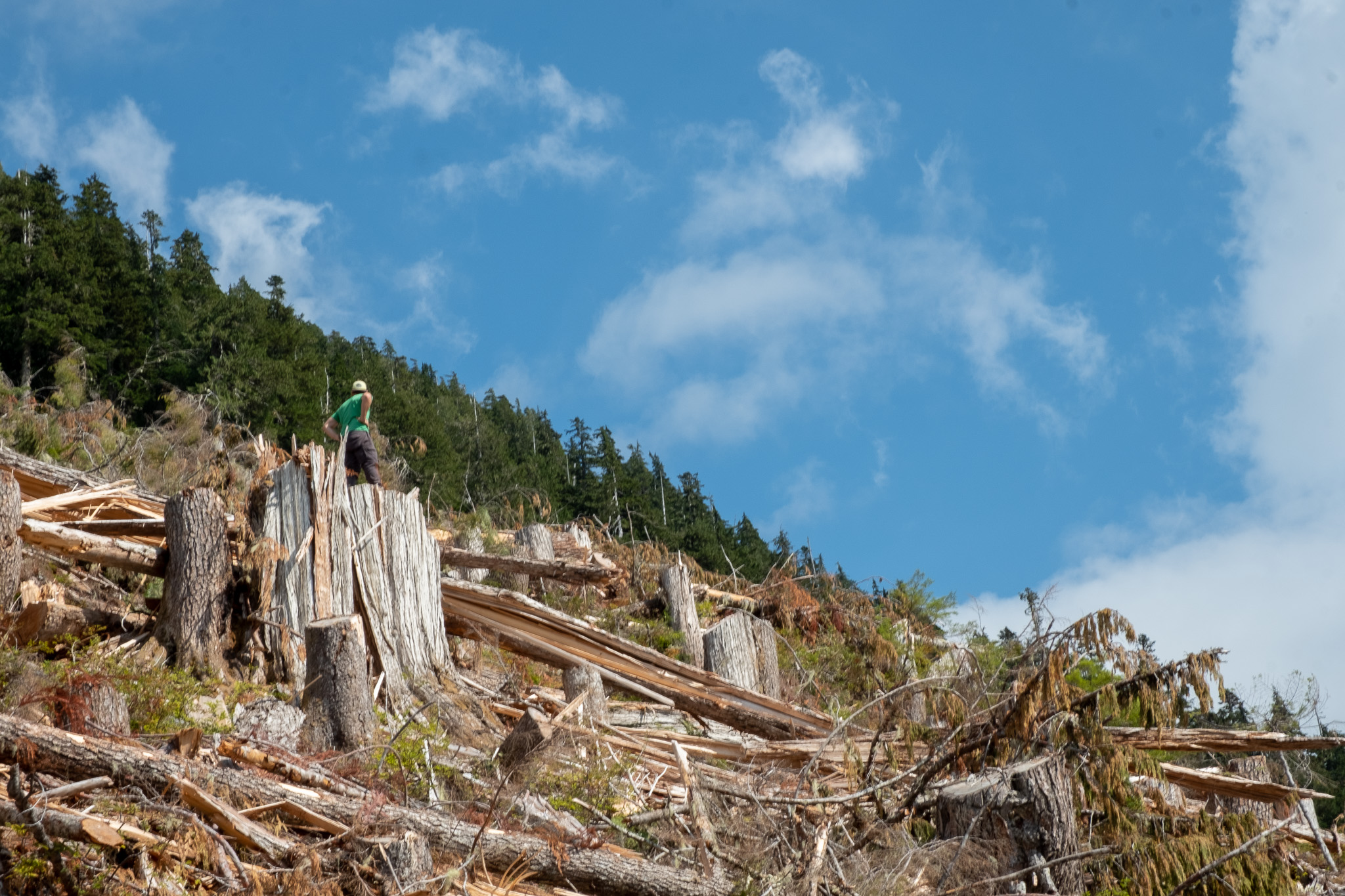 A year after deferral pledge, the Wilderness Committee condemns the BC NDP for withholding key data and failing to come clean about how much at-risk forests is being destroyed

VICTORIA / UNCEDED LEKWUNGEN TERRITORIES — The Wilderness Committee is criticizing the BC government after yesterday’s announcement that old-growth logging has declined to record lows. The press release came on the one-year anniversary of the release of mapping by the Old-growth Technical Advisory Panel and subsequent commitments by the province to defer logging in 2.6 million hectares of the most at-risk forest in the province.

“The NDP government has been asked repeatedly to tell the public where old-growth logging is taking place, and they’ve refused, instead providing misleading updates like the one we got yesterday,” said Torrance Coste, national campaign director for the Wilderness Committee. “At the end of the day, there are only two numbers that matter: the amount of planned logging in threatened old-growth forests that’s gone ahead, and the amount that’s been stopped.”

Over the past year, independent mapping, satellite imagery analysis and on-the-ground site visits have confirmed ongoing logging in thousands of hectares of at-risk old-growth forests across B.C.

“We spent the summer driving out to sites where logging plans overlap with at-risk forests the government has said it intends to defer — in almost every instance, we found massive clearcuts filled with giant stumps,” Coste said. “This is the destruction that’s driven so much conflict on this issue, and the evidence out on the land obliterates the NDP’s claims that it’s doing any better.”

In his first public address after being named Premier-designate, David Eby named old-growth as one of the issues he will take action on, vowing to accelerate the province’s old-growth plan.

“David Eby needs to get up to speed here and get his government back on track,” said Coste. “Releasing logging numbers without specific information about the status of the old-growth that’s being destroyed is a total slap in the face at this point. What was the purpose of having a technical panel determine which forests are most at risk if the government now ignores that information when reporting on old-growth logging?”

The 2021 pledge was based on the government’s intention to defer logging in 2.6 million hectares of the most ecologically at-risk old-growth forests in B.C., just under five per cent of the province’s total forested area. The only substantial update since, which came on April 1 this year, stated that a little over one million hectares of the target deferrals had been confirmed. The province has released no maps, making it impossible for the public to determine which old-growth forests are temporarily off the chopping block.

Environmentalists, First Nations and others are concerned the deferral process has not actually slowed logging in the most at-risk forests. Deferrals have only been finalized in areas that weren’t slated for logging anyways. The Wilderness Committee and other groups have called on the province to provide clarity around this. However, this week’s announcement only includes data on the overall rate of old-growth logging, which the government says has fallen.

“This announcement tells us almost nothing about what’s happening in the rarest forests in B.C. and demonstrates the provincial government’s unwillingness to be honest about its progress to safeguard the most important forests,” said Coste. “The public has been left in the dark with regards to how much of the most threatened forests have been logged, and how much has been spared. It’s unacceptable.”

The Wilderness Committee will continue to document old-growth logging and work with communities to advocate for protection of ancient forests and a transition to sustainable second-growth logging that respects free, prior and informed consent for Indigenous Peoples.