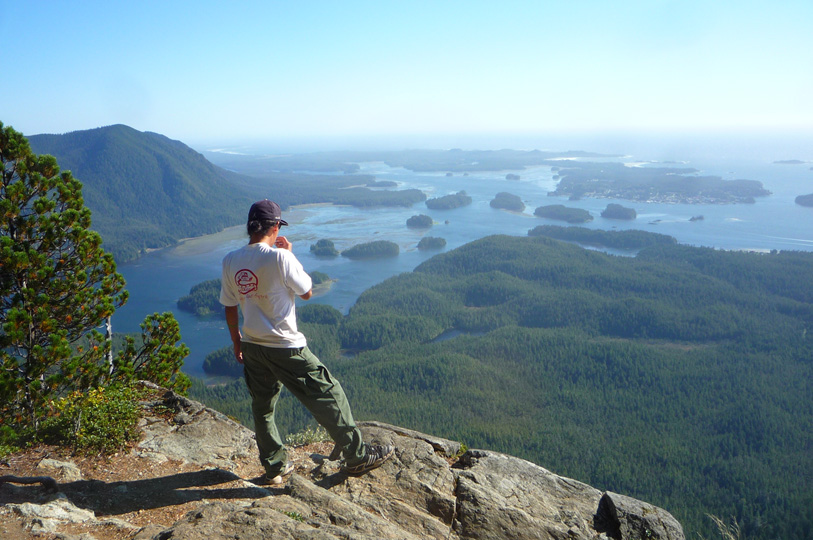 This past weekend the Wilderness Committee had the great honour of being asked to help the Tla-o-qui-aht repair an ancient "culture and spirit" trail leading up Lone Cone Mountain in Clayoquot Sound.  Four hearty souls led by the Wilderness Committee's Martin Krykorka and Tla-o-qui-aht band member Corey Charlie made their way across the waters on our friend Brandon's boat from Tofino to the native community of Kakawis, where the trail begins. Beautiful fall weather greeted the trail crew as they snipped and sawed their way up the mountain. They worked late and rose early but according to all reports had lots of hot chocolate and marshmallows!

They did maintenance on about 1/2 of the 6 km trail and are returning October 9-11 to finish the job. The goal is to make the trail safer and more easily accessible so that native youth can better experience their traditional territory. If you are interested in heading out on the trail with the Wilderness Committee this coming weekend, or at another time, just give our volunteer coordinator Stephanie Gribble a call at 604-683-8220 or email her at stephanie@wildernesscommittee.org

Top photo: View from the top of Lone Cone looking back towards Tofino
Bottom photos: Trail worker's journal and a before and after view of some of the trail work