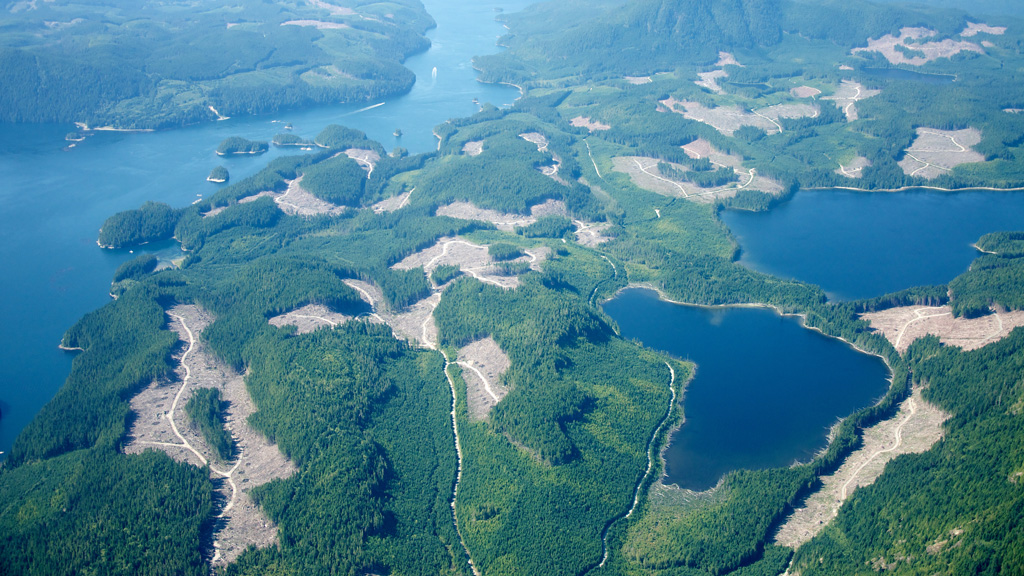 In 1992, the BC government tried to settle growing forestry disputes with a multi-stakeholder consensus-based negotiation about regional resource use. Former provincial ombudsman Stephen Owen was the commissioner. The process was boycotted by First Nations. It met with some success, notably in the Caribou-Chilcotin and the East Kootenays, but the Vancouver Island process quickly fell apart. The Protected Area Strategy did result in an increase in parks across BC from 6-12% of the land base. By 1996, cabinet had resumed direct control of land use decisions. Dan Lewis was a young member of the Conservation Sector at the Vancouver Island CORE Table and remembers the experience.

Where to begin a tale? Why not start with Tla-o-qui-aht and Ahousaht First Nations in Clayoquot Sound uniting with Tofino residents and the environmental movement to stop the clearcutting of Meares Island in the 1980s? This was soon followed by Indigenous-led protests to protect Gwaii Haanas in Haida Gwaii, and the Stein Valley near Lytton.

Logging in British Columbia was in full swing, and it was hard to avoid seeing major new clearcuts springing up whenever you left the cities. The Wilderness Committee in Vancouver was publishing calendars each year featuring endangered wilderness. The province was becoming a kettle of conflict – clearly something needed to be done to address the concerns of citizens.

By opening Clayoquot Sound to clearcutting, they kicked off Clayoquot Summer 1993; to this day the largest act of civil disobedience in Canadian history, with 900 arrested over three months.

By the early ’90s, the media-dubbed “War in the Woods” was in full swing, with protests sparking up all over Vancouver Island. Along came BC’s Opposition, the New Democratic Party, promising in 1991 that if elected they would end the war in the woods and double BC’s park system. The Valhalla Wilderness Society had created a map of endangered wilderness areas in the province, so we had an agenda – our work was cut out for us.

Once elected in October of 1991, the NDP decided to establish the Vancouver Island Commission on Resources and Environment (CORE) to bring all stakeholders to the table and find a way forward. They chose Stephen Owen, a respected former ombudsman, as Commissioner.

There were several months of preparatory meetings for the ENGOs (Environmental Non Government Organizations). We held massive meetings with up to two hundred representatives from organizations of all sizes from all over Vancouver Island. We debated for hours about which issues mattered most, and what we wanted CORE to accomplish. There were of course cynical jokes: the Island had already been mostly logged, and we were fighting over what to do with the core after the apple had already been eaten.

I remember one intense day-long session where we decided by consensus how long to take for lunch. Many felt we needed a solid break before the intense afternoon, and argued for an hour for lunch. Others felt there was way too much to do to take such a long break. In the end, we debated for half an hour, at which point it was clear we only had half an hour left for lunch. Perhaps we should have reviewed Starhawk’s manual on when not to use consensus: when the issue is trivial would have applied here!

Finally, we arrived at the big first Table Meeting. There were six of us on the conservation sector negotiating team, and we would be the only sector with three seats at the table. We had decided to dress up a bit so as to dispel any granola-munching stereotypes (I had to borrow a suit and tie). When our team showed up in the lobby, the corporate logging types silently gasped – they had dressed casual so as not to appear like a bunch of suits. You could practically see the sparks flying as they took in my attire and the Yale Law School tie I borrowed, paired with my bushy red beard. It was seriously messing with the high-end lawyer who had been hired to represent the logging majors.

The process wound on through the winter until April 1993, when the government in their wisdom decided to make their own decision about Clayoquot Sound without waiting for the table to deliberate. (That is a whole ‘nother story – basically by opening two-thirds of Clayoquot Sound to clearcutting, they kicked off Clayoquot Summer 1993; to this day the largest act of civil disobedience in Canadian history, with 900 arrested over three months. And it’s still being logged – albeit nothing like the heydays).

Everybody expected the conservation sector to walk from the table, but we had decided to be less predictable and stay on for the rest of the negotiations. Instead, Stephen Owen arrived with a list of ten demands, threatening to quit as Commissioner unless his demands were met. Then the forest majors, forest unions, manufacturers, and truck loggers stood up from four opposite sides of the table and left the meeting in protest of any job loss which might occur as a result of saving one-third of Clayoquot.

Eventually the whole affair wound down to its logical conclusion. Only when we began actually drawing lines on the map did any of it matter much. The conservationists tried playing a trick used by logging companies – we asked for only small tracts of land, the places with rich valley-bottom big tree rainforest. For example, we were prepared to let the companies have the bog along the outer coast of Nootka Island. We staked out only the hills above, knowing those were the only trees worth cutting. The idea was to minimize the number of hectares we were proposing for protection. Because the target was 12% of the land base, as set out in the International Convention on Biological Diversity signed at the Rio Earth Summit in 1992, and BC had already protected about 10%, we were really only going to protect 2% more of the land base as parks.

The night before the final negotiations began, we met some of the small business loggers in the bar. We’d gotten to know each other over the months, and had built relationships. But that night they apologetically told us that they would be siding with the forest majors the next day, and pushing for no real change to the status quo.

In the end, the Table failed to agree on which areas to protect from clearcut logging. The places which received protection were those which had become household names through protests appearing on the evening news: Carmanah Valley, the Walbran, the Tsitika, and bits of Clayoquot. Little was done to address concerns about the rapacious nature of clearcut logging, other than establishing Special Management Areas where logging was meant to be light-touch and other values had priority. If you’ve driven to Tofino in the past quarter-century, you passed through a Special Management Area after Port Alberni; but you may not have noticed anything different about how it is being logged – new cutblocks appear all the time.

By focussing only on adding protected areas to the parks system, the conservation sector was unable to push forward concepts which had support from other sectors at the Table: lowering the Annual Allowable Cut (the volume of trees cut per year) to a sustainable level; investing in value-added manufacturing so we could sell at least lumber if not furniture instead of raw logs; investing in intensive silviculture to create jobs and healthy young forests; increasing stumpage (the fee corporations pay to cut trees) to fund the transition; or protecting riparian zones (the trees along streams and rivers which hold the banks together, protecting salmon habitat).

I believe the NDP did an amazing thing for this province by doubling the park system in the 90s. However, they failed to follow up by bringing in truly sustainable logging practices, or ending the export of raw logs. And most importantly of all, they did not put an end to logging of all old-growth forests as jurisdictions such as New Zealand have done. It will be up to today’s generation to drive a stake in the ground and make their stand!

Dan Lewis lives in Tofino and is a founding director of Clayoquot Action. Contact him at dan@clayoquotaction.org

To view the original article published by the Watershed Sentinel, click here.