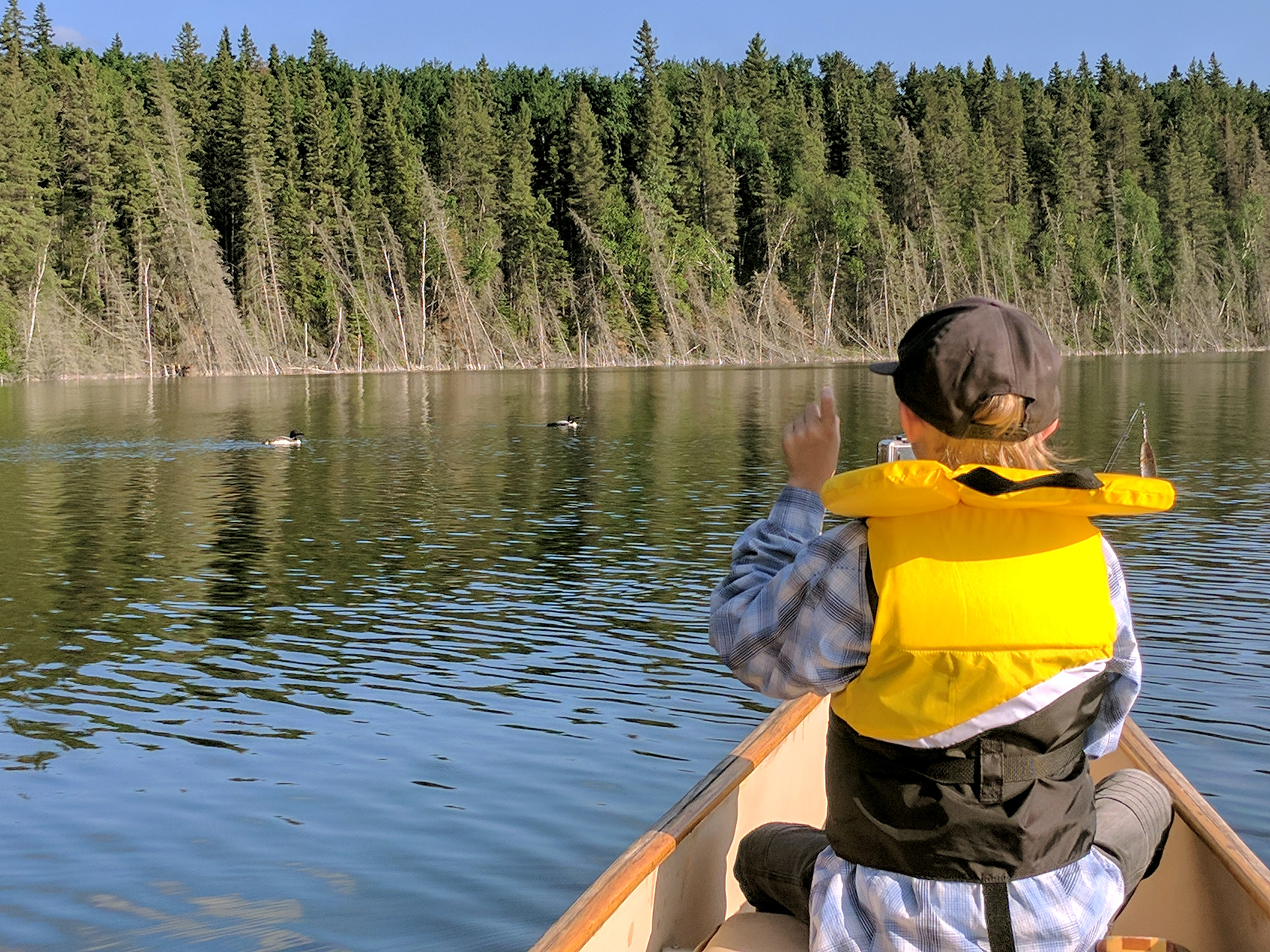 It’s Earth Day 2021, and we’ve got a job to finish. Logging corporation Louisiana-Pacific has held the Ducks hostage for 26 years, but on December 31, 2021 their licence will expire, giving Manitobans a chance to kick logging out of our parks once and for all.

The park was given over to clearcut logging in order to feed Louisiana Pacific’s mill in 1995. It was one of the most contentious industrial projects ever authorized in Manitoba. The government biologist who said the logging would have too great an impact on the forest was dismissed. Banker boxes full of environment licence submissions from angry Manitobans still sit in the basement of our office.

Clearcutting destroys a forest, pulling decades of accumulated soil nutrients (logs on trucks!) out of the ecosystem. What grows back is simply not the forest it was before. Clearcutting creates a tree plantation, with less species and less biodiversity. While this is the necessary sacrifice to provide wood fibre for society, logging can not happen in parks.

The Wilderness Committee’s history is tied directly to this campaign. From the moment our office opened in Winnipeg, we were working with Manitobans to stop logging in parks. We pushed back against the government and logging companies as they tried to convince us that logging in parks was good for nature. Since then, 23,000 Manitobans have raised their voices through our office and declared: no more logging our parks.

That energy changed the province. We won the battle. In the fall of 2008, the Manitoba government announced logging would cease in 12 out of 13 parks in this province. But the corporate logging control of Duck Mountain Provincial Park remained.

We’ve changed the province together before. From now until the end of the year we need your voice. Weekly. Monthly. Writing letters and making phone calls. Standing together in the streets and in the park when it’s safe to do so. Our parks have cared for us during these trying times, it’s time to return the favor.

Get started by writing this first letter to the provincial government, and tell them the get logging OUT of Duck Mountain Provincial Park!