A history of ineptitude and logging in western Manitoba 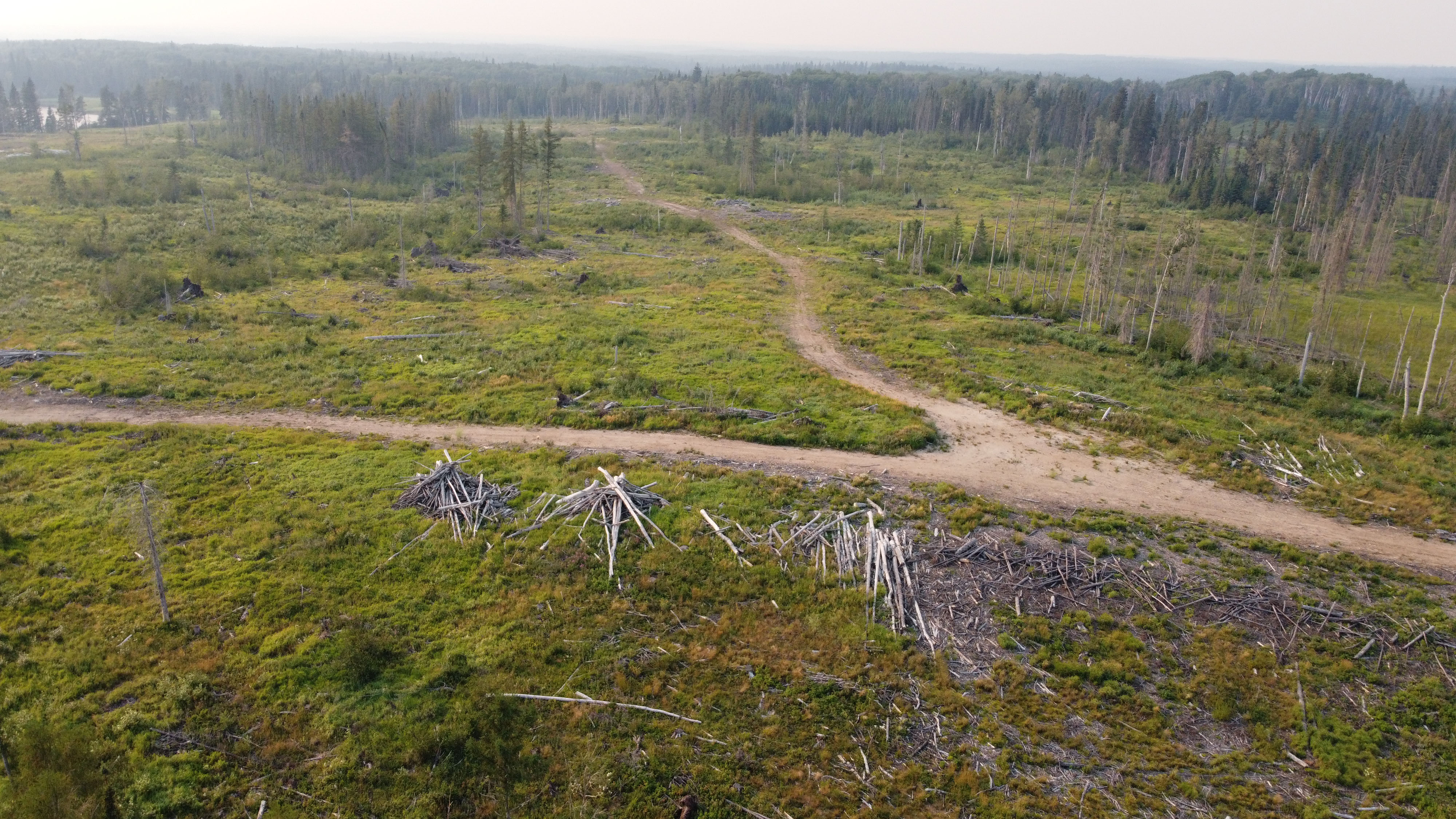 Manitoba’s Premier Heather Stephenson has authorized clearcut logging in Duck Mountain Provincial Park for at least another year. This is a blight on Manitoba and an appalling act of failed leadership.

How bad is it?

Let’s talk about the current state of logging in the Ducks. This summer, after I was vaccinated and the forest fire travel restrictions were loosened, I went to the Ducks and documented clear-cut devastation. I found:

Not only is this logging in a provincial park, but it's also bad logging with a huge impact and seemingly no oversight.

How did we get here?

Here’s the story of how Manitoba allowed one of the worst environmental offenders on the continent to set up shop and log Duck Mountain Provincial Park.

Manitoba’s Duck Mountain and Algonquin Provincial Park in Ontario are the only two parks in Canada being logged. Federally, we banned logging in parks in 1930. Logging was banned in all other Ontario parks in 1974.

In 1992 Manitoba's Clean Environment Commission, the highest environmental authority in the land recommended that commercial forestry activity be phased out of provincial parks. We knew this had to end more than a generation ago, but the government is not listening to the science or the experts.

In 1995 an environmental assessment scam known as two-stage licensing was used to first get authorization to build a logging mill and then get authorization to log the forest. Of course, without the logging mill, you don't need to log the forest, and without logging the forest, you can't feed the mill. This scam depends on the perception that if one is approved, the other must be too, or the approved project is left defunct.

You should also know this is the exact same two-stage scam used for frac sand mining in Manitoba. Those who live in the area surrounding Oakbank are being affected by this scheme right now. In 2014, the Manitoba Law Reform Commission recommended closing this loophole while modernizing the Environment Act, but the government of Manitoba has been ignoring their recommendations.

Back to 1995, when Environment Act licenses were issued and Louisiana-Pacific took control of Duck Mountain Provincial Park and a huge swath of our western forests. At the time, Louisiana-Pacific held the record for the largest environmental fine in U.S. history. Despite scientists speaking up about the gross inadequacies in their 10-year Forest Management Plan, it was accepted and Louisiana Pacific began their decades-long logging operation.

Fast forward to 2005, and the forest management plan has expired. In those 10 years, the gross inadequacies seen in the first plan had come to light. One of the major issues was that it overestimated the amount of wood that was available to feed the mill three times over. The Manitoba government was forced to publicly admit that the 10-year plan was a failure.

What happened next is a marvel in mismanagement, one for the records in a province with massive mismanagement stories.

Wilderness Committee supporters and concerned Manitobans took our feet out on the street and rallied to end park logging. We showed the extensive damage that logging causes. We broadcast what we found out, and we pushed the government to end logging in 12 out of 13 parks in 2009.

Duck Mountain Provincial Park is no less important than Whiteshell or Nopiming, both protected from logging back in 2009. With the biodiversity crisis, the climate crisis, the science behind the impact we are having on the planet, the stakes have never been higher.

For years, the PC government of Manitoba under former-premier Brian Pallister has told us how horribly the NDP managed the government and claimed it were going to fix it, yet it’s been five years and our parks are still being destroyed

Two years ago, Pallister gave a two-year extension to Louisiana-Pacific to keep control of Duck Mountain Provincial Park and logging going on there. Now in 2021, yet another premier has given Louisiana-Pacific a free pass to destroy our park.

The stark reality is that Louisiana-Pacific has been in charge of clearcutting Duck Mountain Provincial Park for 26 years — and has never had a valid logging management plan.  This ineptitude on the part of Louisiana-Pacific and the Manitoba government would be comical if the impact weren't so horrendous. We are losing all of the old forests left in Duck Mountain Provincial Park. We know what the right thing to do is.

We have to end park logging.

Though the destruction of Duck Mountain Provincial Park is not on your shoulders, the permanent protection of the Ducks is our collective responsibility. Between 2007 and 2008, 23,000 letters were submitted to the Manitoba government and we forced them to ban logging in all other parks.

Stefanson knows about the 2018 Probe Research poll that said 70 per cent of Manitobans wanted to end industrial activity in parks. Her own constituents write her letters telling her to end logging in the Ducks. I know this because they copied me when they submitted those letters.

There are more people that love parks than there are people who want to see them destroyed. We are the majority. You have friends, you have allies, you have people who support your voice. At the end of 2022, the contract to log Duck Mountain Provincial Park will expire. We will tell our new premier and her colleagues in government and all elected officials to act. We will end logging in parks once and for all in Manitoba.

Here's a riverside rant about the forestry fiasco and some heartbreaking drone clips of the devastation in the Ducks.