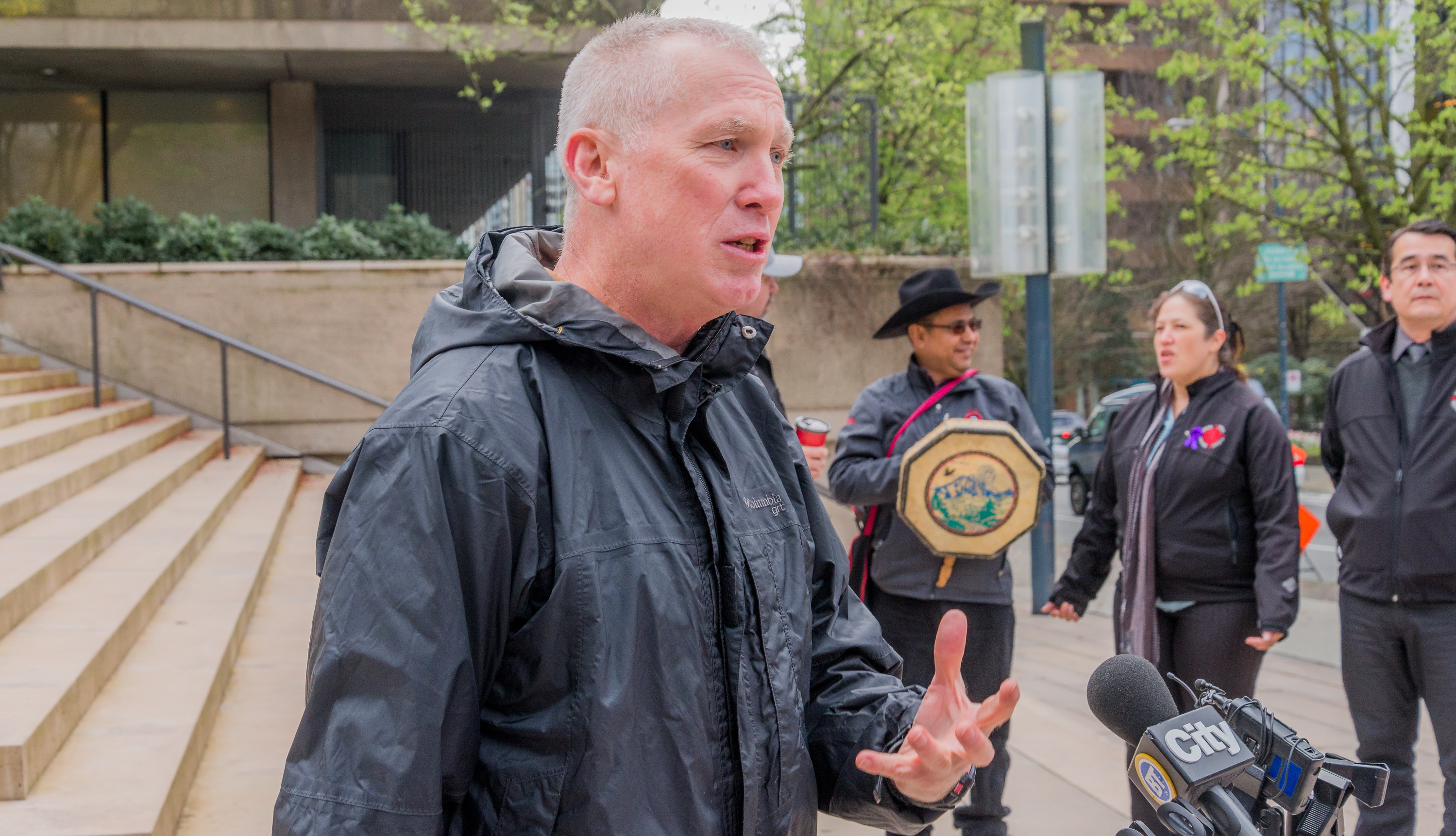 A landmark provincial defamation case that scrutinizes big business’s use of SLAPP suits to suppress environmental protest and dissent will be webcast by the B.C. Court of Appeal.

Taseko Mines Ltd. is appealing a B.C. Supreme Court decision that tossed its libel action against the Western Canada Wilderness Committee over harsh criticism of the plan for storing toxic tailings at the proposed New Prosperity gold-copper mine near Williams Lake.

The company launched the litigation to douse a public campaign by the environmental group against the $1.5-billion mine (approved by B.C. but twice rejected by Ottawa) while denying it was a so-called “Strategic Lawsuit Against Public Participation.”

The case and another — later abandoned by Trans Mountain Pipeline against five individuals linked to Burnaby Mountain protests — set off a debate over whether B.C. should revisit then-Liberal premier Gordon Campbell’s 2001 decision to scrap months-old anti-SLAPP legislation.

At the time, the Liberals argued that the Protection of Public Participation Act, the first law of its kind in Canada, was unnecessary and would lead to a provincial “protest culture.”

Since then, Quebec has adopted a similar law in 2009 and Ontario in 2015 to “allow the public to participate more freely in public discussions without fear of retribution.”

In the U.S., 28 states, the District of Columbia and Guam have similar statutes.

An anti-free-speech tactic, SLAPP suits first appeared in the U.S. in the late 1980s intended to censor, intimidate or silence critics by saddling them with legal expenses and sapping procedural demands.

Ironically, however, the most cited American case is the US $12-million suit launched by Texas cattlemen against Oprah Winfrey in 1996 after she declared she would never eat another hamburger because of mad cow disease. She won.

One of the first cases to raise these issues in Canada occurred in 1992 after then-MacMillan Bloedel launched a lawsuit against authorities on Galiano Island opposed to its development plans.

Though the Galiano Conservancy Association successfully fought the suit with the help of the Sierra Legal Defence Fund, now Ecojustice Canada, it took a toll on the organization by diverting its time and efforts.

It was followed by another high-profile 1999 case, the first considered an actual SLAPP suit, which prompted the now-repealed legislation, in which the B.C. Supreme Court struck down the claim of a hospital director against the District of Saanich. The court held the litigation was meritless and designed to silence or intimidate residents opposed to a plan to redevelop the hospital.

Suffice to say, the jurisprudence is a work in progress, but in this case the lower court judge criticized the company for its behaviour and imposed special costs — awarded for conduct deserving rebuke.

In his January 2016 ruling dismissing Taseko’s claims, Justice Gordon Funt said the company’s case was a SLAPP suit and an attempt to use the litigation process “to silence critics on a matter of public importance.”

The pilot webcast will occur June 7 and 8 and factums for both parties can be accessed on the court’s website.

The province’s top bench conducted a similar pilot webcast in 2013 when it wrestled with the right of the terminally ill to end their lives.

The Supreme Court of Canada has been webcasting sittings for the better part of a decade and archives them so they are also available anytime online.

Spoiler alert — appeal courts focus on legal arguments rather than witness confrontations, so the proceedings are mostly like watching paint dry.