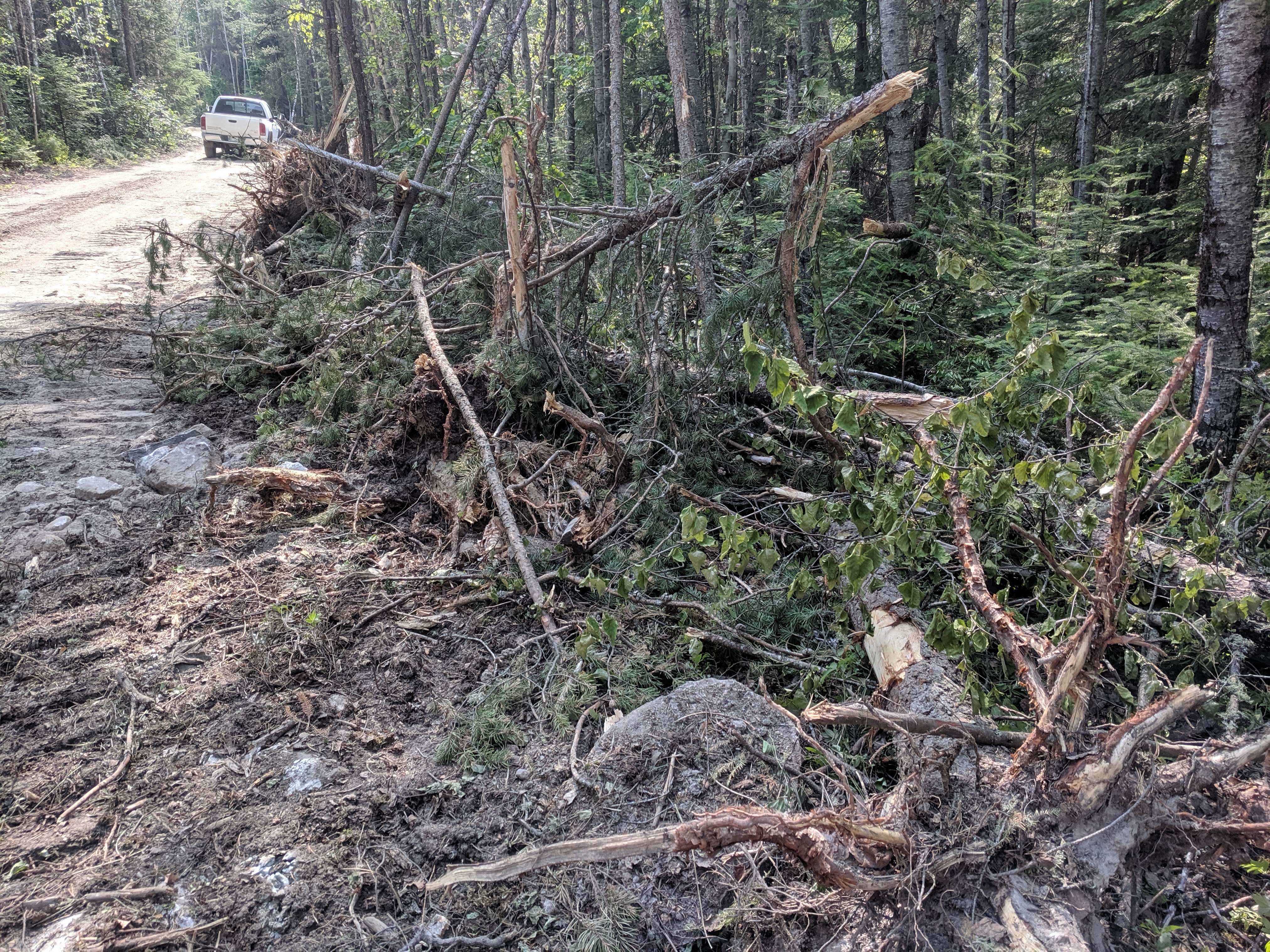 WINNIPEG – Representatives from the Wilderness Committee and Camp Morningstar discovered illegally bulldozed forest at the site of a proposed oil and gas frack sand mine in Hollow Water First Nation territory. They documented newly downed trees by Canadian Premium Sand, in violation of their controversial Environment Act Licence, awarded in May. The licence specifies that no vegetation clearing is allowed during bird nesting season — from April until August.

“Any contractor across the country knows you can’t bulldoze a forest in nesting season,” said Wilderness and Water Campaigner Eric Reder. “All work on this project must come to a halt until this environmental destruction is investigated.”

Forests bulldozed at this time of year disrupt birds and their young when they are most vulnerable. According to federal government nesting guidelines, virtually all birds breeding in this region will remain around the nest in early July. In their Environment Act proposal,  Canadian Premium Sand stated “Vegetation clearing will not take place during the peak breeding bird season for this ‘zone c5’ area: April 30 - August 11.” The bulldozing could easily affect many endangered species such as the Canada warbler, olive-sIded flycatcher, eastern whip-poor-will, or dozens of other bird species nesting here.

“It took less than two months for Canadian Premium Sand to violate the terms of their licence,” said Lisa Raven, organizer at Camp Morningstar, the land protector camp established to oppose the mine. “They have undermined any confidence in their ability to respect the environment or their actual understanding of how their operations affect the lands, waters or species.”

This controversial frack sand licence was issued to Canadian Premium Sand even though the company has yet to produce 15 separate management plans, including a Wildlife Management Plan. The Wilderness Committee is calling on the Manitoba government to investigate this violation.

“The Manitoba government rushed this licence through even though plans weren’t produced on how they will operate,” said Reder. “Minister Rochelle Squires was warned repeatedly that this company wasn’t properly handling this destructive project. Now she must hold them to account.”