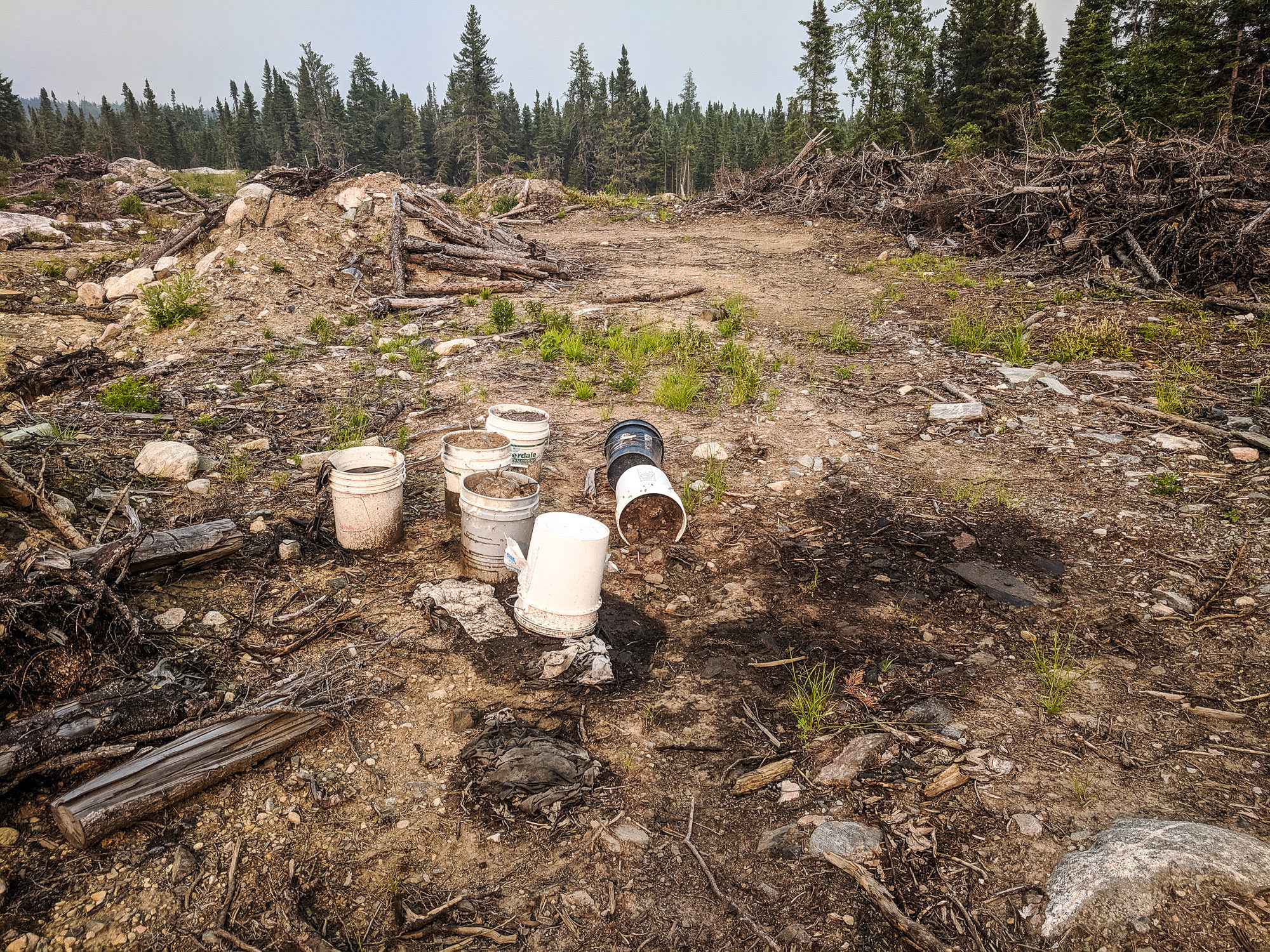 The bulldozed forest is located in critical moose habitat and threatened boreal woodland caribou recovery habitat. It is adjacent to mineral exploration permitted by Pallister in 2018, also in endangered habitat.

In 2012, the Manitoba government stated there would be no more mineral exploration in parks after the Wilderness Committee publicized destruction occurring in Nopiming Provincial Park. Pallister has since reversed this park protection, again rolling back environmental regulations.

“Scientists aren’t telling us we need to bulldoze more wilderness and destroy more nature — it’s the absolute opposite,” said Reder. “We have a worldwide biodiversity crisis on par with the climate crisis right now and we need leaders protecting wild spaces and species. Our very survival depends on it.”

An oil spill and open overflowing pails of oil were discovered at one of the industrial sites in Nopiming. The park soil is now contaminated. Wetlands were also churned up from the machinery.

“We’ve found wetlands destroyed, oil spills, industrial garbage left in the park,” said Reder. “Not only is Pallister allowing precious parkland to be bulldozed, but industry is even violating the simplest regulations for operating on any public land.”

“It’s a park!” exclaimed Reder. “Every Manitoban knows in their heart that destroying a park is wrong. We have to elect leaders that will end Manitoba’s shameful park destruction policies.”

Whiteshell and Nopiming Provincial Parks are imminently threatened by mineral exploration and Duck Mountain Provincial Park is currently being destroyed by logging activity.

“We’re about to hear the government celebrate Parks Day across Canada. While Manitobans are enjoying parks this weekend I hope they realize we need better park protection from our elected officials,"
said Reder.