Throne speech recycles hollow promises on climate and the environment 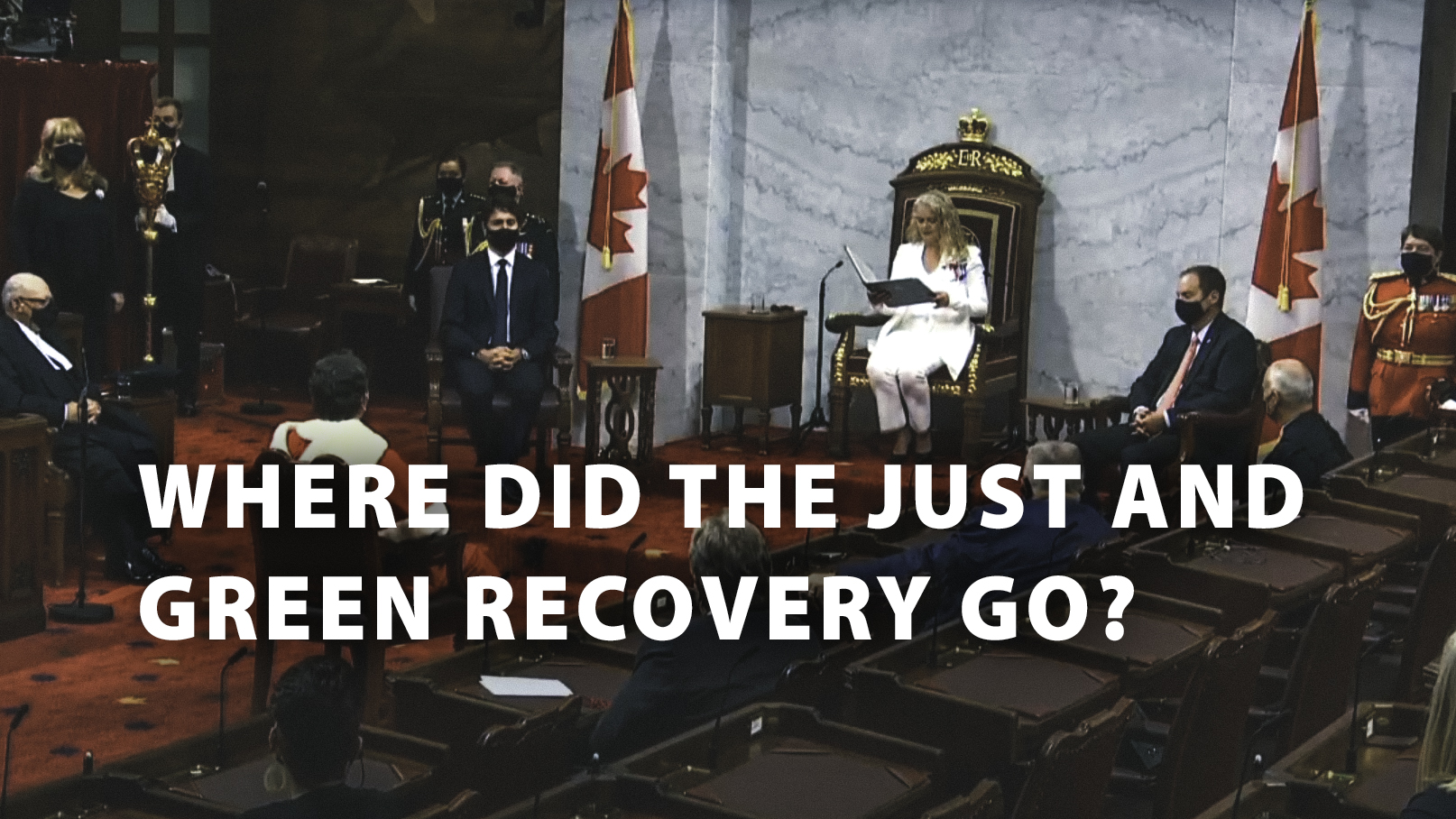 VANCOUVER, COAST SALISH TERRITORY – There was little new commitment to take action on climate change in a throne speech that fell far short of expectations for a bold, just and green recovery from the COVID-19 pandemic.

“It's disturbing to hear so little attention paid to one of the major crises we face,” said Wilderness Committee Climate Campaigner Peter McCartney. “Considering just weeks ago the government was selling us on a transformational just and green recovery — where did that ambition go?”

While the throne speech lists vague commitments like building retrofits and clean transportation, it’s silent on the billions of dollars this government is spending on fossil fuel subsidies and the Trans Mountain pipeline.

“At the same time the government is talking a big game on climate action, what they’re actually doing on the ground is building a $17 billion gift-wrapped present to the fossil fuel industry,” said McCartney. “Now, from the sounds of it, we’re going to pay for oil companies to both pollute more and cut their carbon.”

One commitment that did have a timeline attached to it was the promise to introduce legislation on the rights of Indigenous peoples before the end of the year. The Wilderness Committee welcomes this promise, but as we’ve seen in B.C., passing this kind of law does not guarantee governments will accept its implications.

“Legislation to enshrine the UN Declaration on the Rights of Indigenous peoples is a long time coming and we cannot wait another instant,” said McCartney. “Of course passing a law and then actually respecting the wishes and authority of Indigenous people to make decisions on their territories are two different things.”