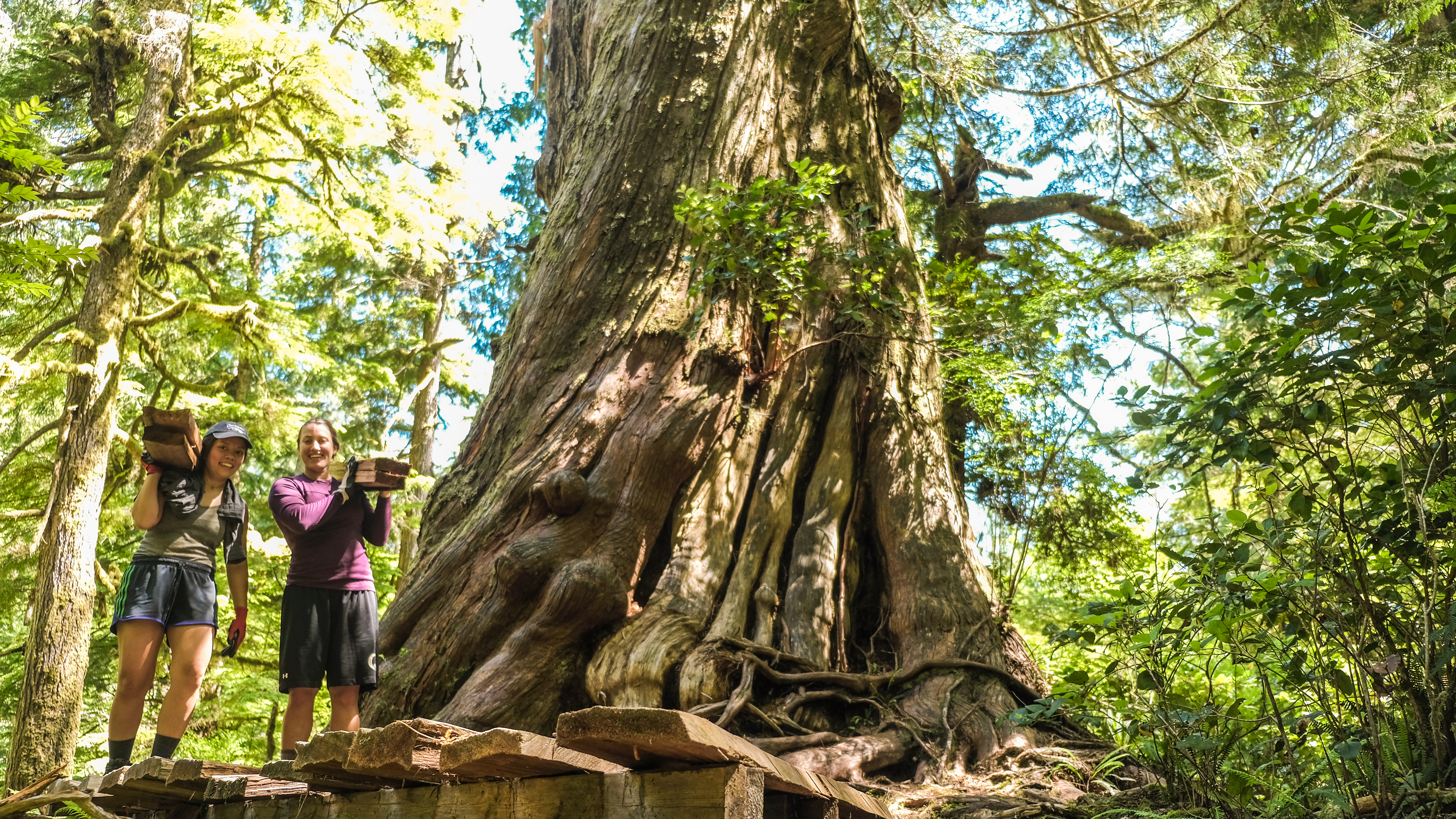 Opinion: Old-growth forests are falling quickly — an average of 34 soccer fields is logged every day on Vancouver Island alone.

In the last election, Premier John Horgan promised to save old-growth forests. This was a popular pledge in an election he went on to win in a landslide.

The time to move forward on this promise is right now. Far from being too big a challenge to tackle in the midst of COVID-19 recovery, protecting old-growth and shifting to a sustainable forest industry is perfectly suited to this moment.

In its first term, the NDP government created an independent panel to review forest management, released that panel’s report calling for a full paradigm shift and then promised to fully implement its recommendation and save old-growth — that’s significant.

It’s a recognition that the majority of people in B.C. want to see remaining old-growth forests protected. It reflects that more and more First Nations, who’ve always led the fight to protect the environment here, are calling for restrictions on old-growth logging in their territory. It shows the government is hearing people, from the hundreds who have participated in ongoing blockades around Fairy Creek in Premier Horgan’s own riding, to the tens of thousands who’ve written or called their MLAs to demand protection of these forests.

But acknowledging a crisis and acting on it are two different things.

Whether driving down the backroads, wandering through sprawling clearcuts or standing on the stump of a freshly logged thousand-year-old tree, there’s no evidence that we’ve got a government committed to protecting ancient forests.

Spending years commissioning reports, announcing processes and making promises might be an appropriate course to protect something if that thing wasn’t actively being destroyed at the same time.

We don’t take food out of the fridge, put it in a 500-degree oven for a few hours and then decide how we’re going to cook it. So we shouldn’t continue liquidating old-growth forests while we decide how to protect them.

Meaningful and immediate moratoriums on logging old-growth forests in every part of B.C. are needed if this process is to succeed. Full financial support for workers and businesses impacted is required.

Yes, these are emergency measures, but this is an emergency.

Because the tough reality is, old-growth forests are falling quickly. An average of 34 soccer fields is logged every day on Vancouver Island alone. Every day that passes without additional immediate measures, John Horgan’s ability to keep his promise is reduced.

B.C.’s main measure to date is a series of deferrals, nine areas totalling 353,000 hectares where logging is on hold until summer 2022, with a commitment for permanent protection. But these areas contain mostly high-elevation old-growth with smaller trees, areas already protected, and second-growth forests. Of the most valuable, most at risk old-growth with the biggest trees, only a few thousand hectares is included.

Protecting all kinds of forests is important, but that’s not what the government has done either. Road building and logging are still allowed within the second-growth forest in the deferral areas, some 100,000 of the 353,000 hectares.

So when Premier Horgan stood on the provincial leaders' debate stage in the last election and said, “We protected over 350,000 hectares of old-growth,” it was both factually incorrect and deeply misleading.

I hope we have a vibrant forest industry in this province decades from now. But if we do, it won’t be based on old-growth logging. Why not start that shift now?

Carefully managing second and third growth forests and investing in secondary production and diversification would, unlike old-growth logging, create stable, secure jobs that can last beyond another decade or so.

No task is more important for B.C. than decolonization and fixing our relationship with Indigenous people. That means returning land to First Nations, and that has to include both forests to manage and harvest, and old-growth to protect into the future.

The COVID-19 pandemic has forced us to plan an economic recovery. The Horgan government should seize this opportunity and invest the billions of dollars necessary to build resilience in forest communities, advance decolonization and protect irreplaceable ecosystems at the same time.

Premier Horgan, Forests Minister Katrine Conroy and the NDP cabinet could leave a legacy that will benefit this province long after this pandemic is history. Sadly, though, they’ll only get this chance once.

Torrance Coste is national campaign director for the Wilderness Committee.

Click here to read the original piece published by The Province.