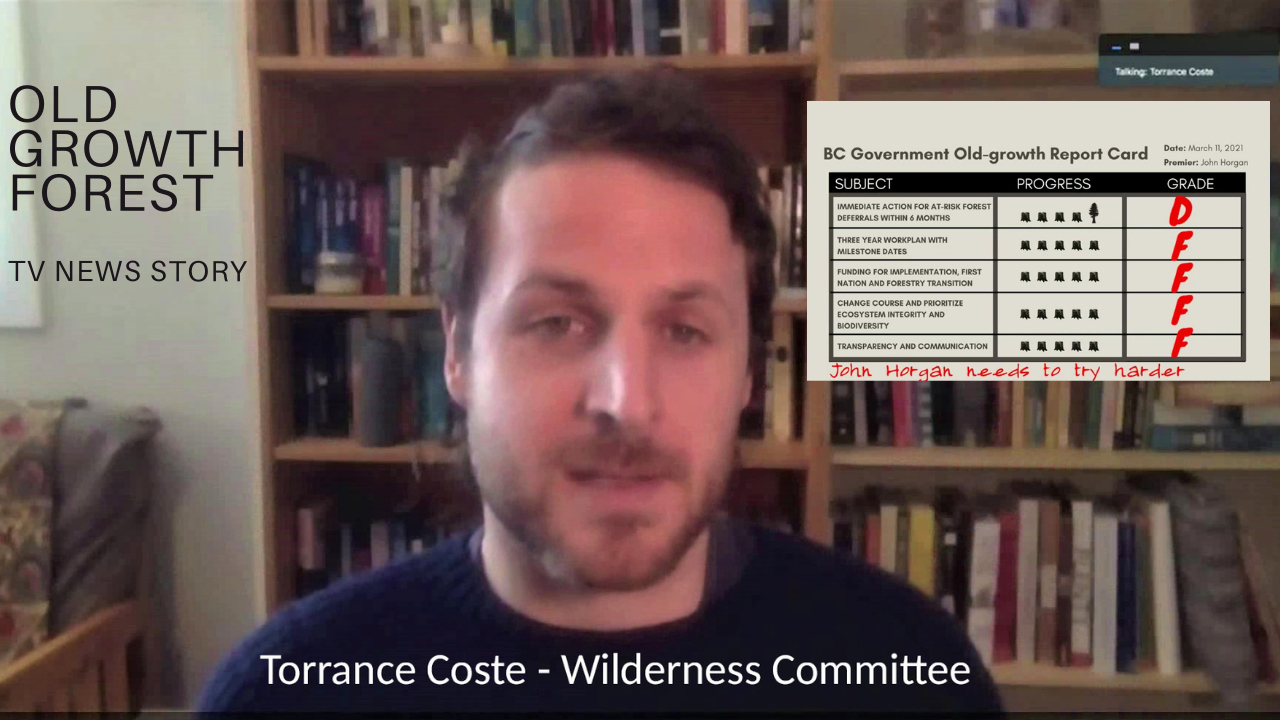 This is a TV news story about the Wilderness Committee together with Sierra Club BC and the Ancient Forest Alliance, that today released their old-growth report card that rated the BC government’s promises in five areas of old-growth forest protection. The groups give a D for the logging deferrals the government brought into force last fall, saying they include only about 3,800 hectares of at-risk old growth, less than one per cent of the old-growth that is currently under threat in the BC. They called on BC to immediately defer logging in all at-risk old growth forests. The Wilderness Committee's Torrance Coste was interviewed in this news report. 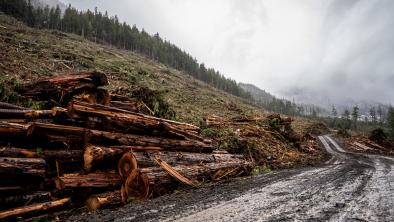 Sierra Club BC. At-risk old growth forest was logged in April 2022 that should have been identified as a candidate for immediate deferral (Mya Van Woudenberg).
Old-Growth