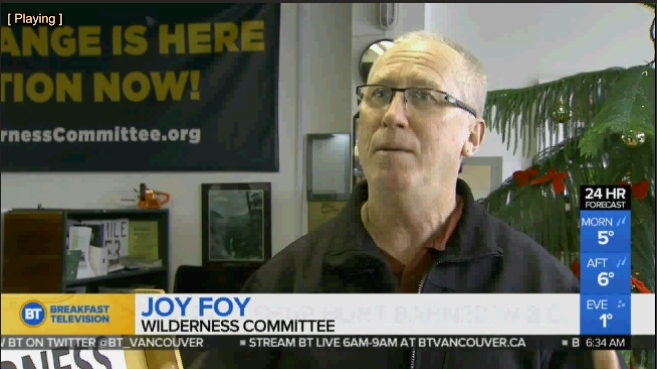 This is a TV news story about the BC government suddenly announcing that due to widespread public opposition to the grizzly bear hunt in BC the provincial government was finally banning the hunting of grizzlies. The Wilderness Committee's Joe Foy is interviewed in this news report.
More from this campaign