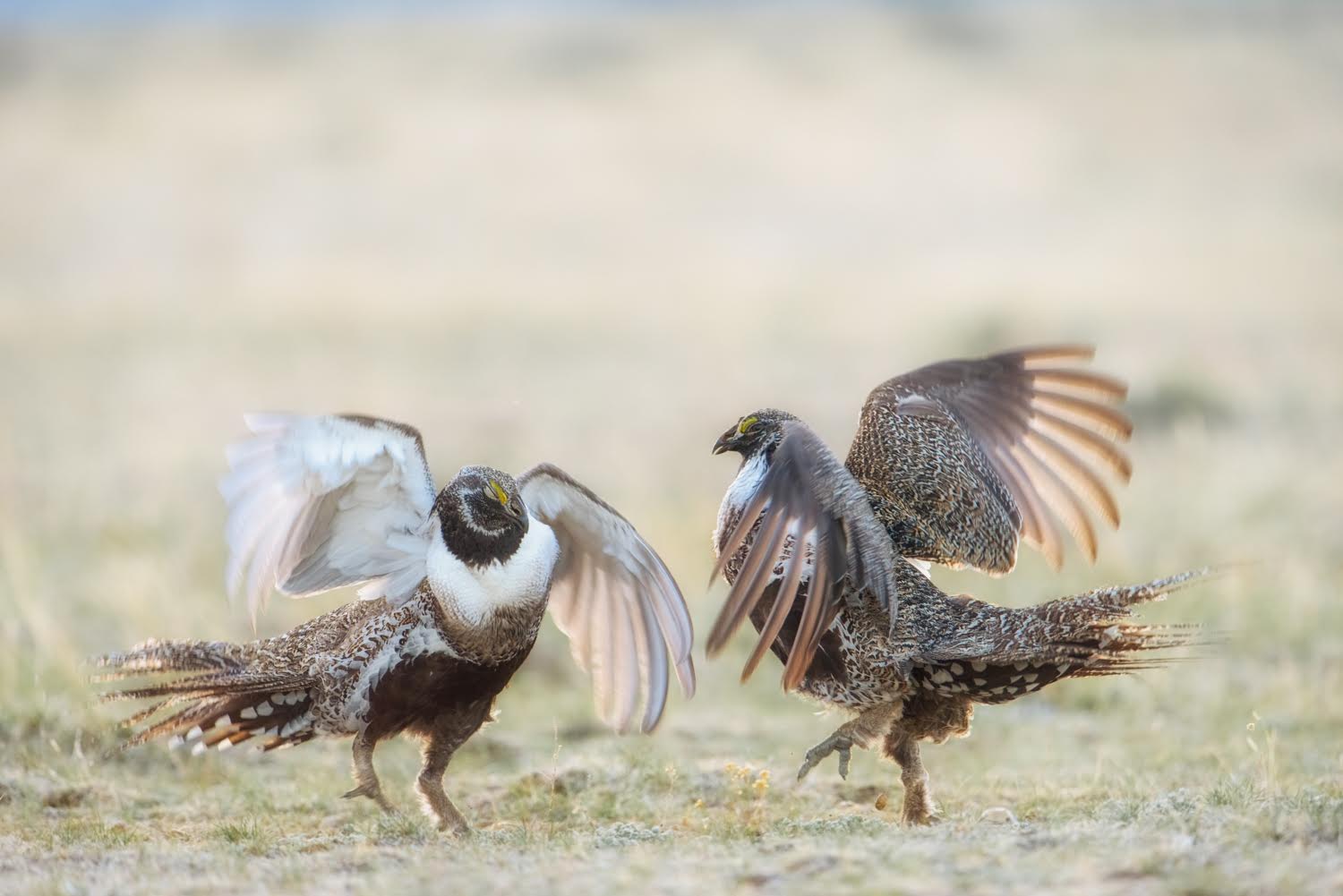 Medicine Hat, AB – There were warning signs in 2011 of what would become a years long and multi-million dollar legal fight between Medicine Hat and federal government over protections of an endangered bird.

The brewing storm was so close that the legal action which lead to an emergency protection order for the sage grouse was filed the day before the city closed the deal to purchase the nearly $50 million oilfield in the centre of the bird’s habitat near Manyberries.

During a special Medicine Hat council meeting in January 2012, councillors voted 8 to 1 in favour of the $48.6 million purchase of the oilfield. In September 2013, the federal government announced its intention to impose an emergency protection order for the sage grouse. 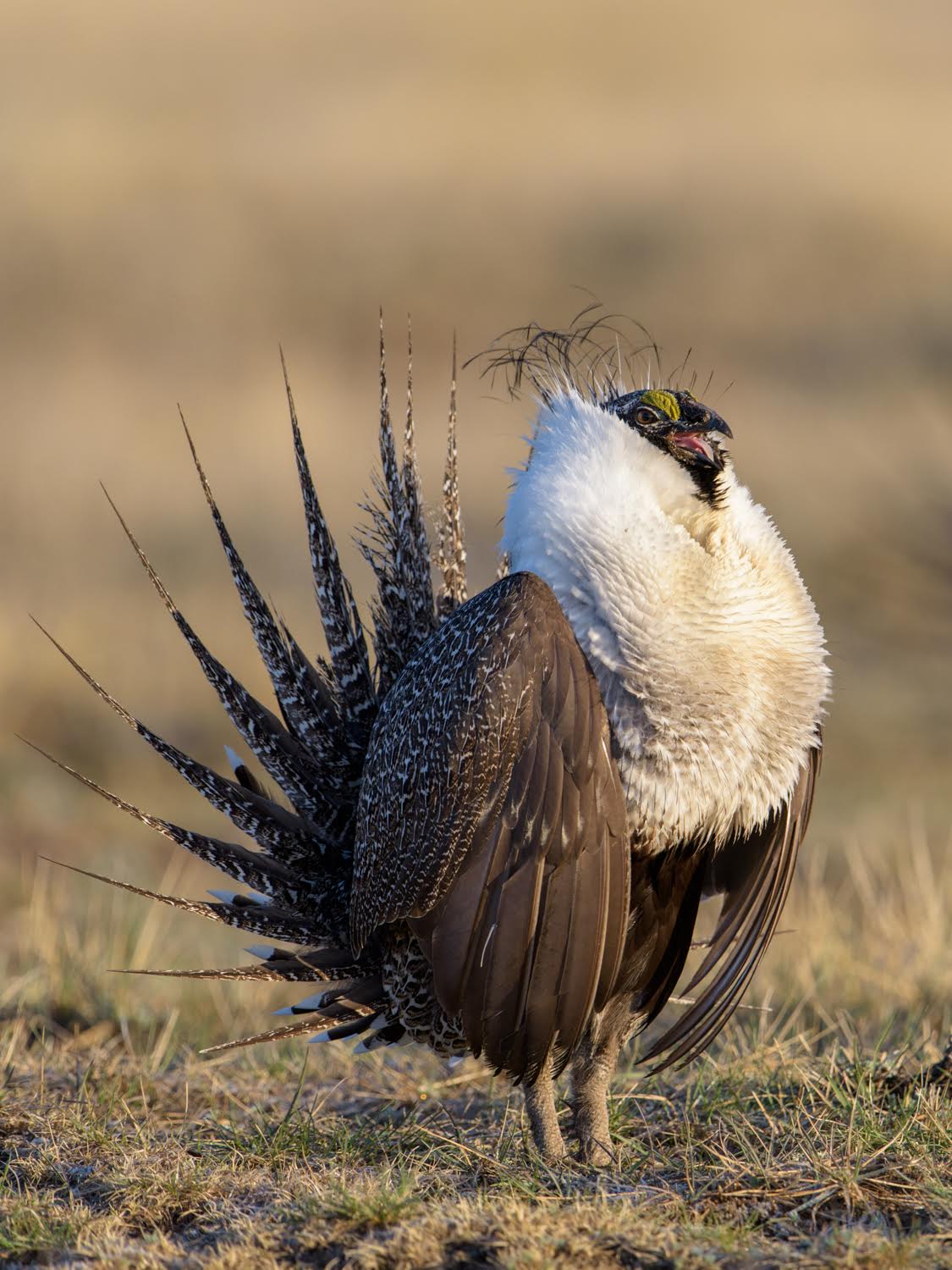 According to Federal Court documents, the city’s position is the protection order had the effect of, “sterilizing all future oil and gas development and prohibiting or significantly limiting the applicants’ ability to continue existing operations.”

But more than eight years after the purchase, the city is still not revealing if they knew the scope of public and legal efforts to have an emergency protection order issued for the sage grouse in the months prior to the decision to purchase the Manyberries oilfield.

CHAT News examined the events during the lead up to the city’s purchase. City councillors contacted for this story would not comment citing the complex nature of the litigation.

That litigation includes a Federal Court case launched by the city in 2014 claiming the federal government did not have jurisdiction to impose an emergency protection order for the endangered sage grouse.

That was followed by a $123 million damage claim against the federal government in provincial Court of Queen’s Bench. That claim cites, in part, that the protection order amounted to a de facto expropriation of the city’s asset.

Now insolvent LGX Oil and Gas is also a plaintiff in the legal proceedings after its 2012 purchase of assets in the Manyberries area. That company has since become insolvent but is still a party to the lawsuits.

While city officials won’t comment on whether the warning signs were apparent, the federal government certainly believes that if the city didn’t see the harbinger of things to come, they should have.

The federal government’s statement of defence in the multi-million dollar civil suit states the city, “knew or should have known that actions or orders pursuant to existing or future legislation were likely to regulate their use of the lands in question.”

City officials were looking to diversify its gas assets in 2011 and began laying their sights on the Manyberries field which was put up for sale by Chinook Energy. By that time, there had already been a 2009 lawsuit connected to sage grouse which required action be taken by the federal government to identify areas around Manyberries as critical habitat under the Species at Risk Act (SARA).

The result of the 2009 Federal Court decision required the federal government to identify critical habitat connected to the sage grouse based on available information identifying leks – mating sites for the bird – and areas around those sites. In Alberta, those leks are concentrated around Manyberries area.

Four years prior to that, the Alberta government issued its 2005 – 2010 recovery strategy for the sage grouse. In that document, the known impacts of oil and gas development on sage grouse habitat were outlined. At the time of publishing that strategy, the plan was to work within existing regulatory guidelines to minimize impact to industry.

But in the section highlighting the potential economic impacts to oil and gas, the report stated, “specific future changes to habitat guidelines may affect operational costs for industries.” It concluded that guidelines at the time were under review and, “changes could arise if more stringent measures result from reconsideration.”

One of the major implemented recommendations from the province’s recovery strategy was a translocation program which would see sage grouse from Montana moved to Alberta. That program started in the spring of 2011 and its report acknowledges both the city`s Natural Gas Petroleum Resources division as well as Chinook Energy for, “funding and additional support” for the initiative .

With sage grouse numbers dwindling to the point where only 13 males were counted in Alberta in the spring of 2011, several naturalist organizations began to raise the alarm again.

That culminated in an Emergency Sage Grouse Summit held in Calgary on Sept. 7 and 8, 2011 in which a public communique was issued calling on the federal government to issue a protection order for the sage grouse. A major concern listed was regarding “prolonged or expanded industrial development and associated activities in and around critical habitat.”

The communique also added that the Manyberries area has some of the highest concentrations of species at risk in the country. Those species include the short-horned lizard, Sprague’s pipits, loggerhead shrike, burrowing owl, swift fox and soapweed (yucca) in addition to the sage grouse.

Between September and November 2011, environmental groups pressed the issue through media releases and by pressuring elected officials. Those actions resulted in provincial and national media coverage of the sage grouse issue. The Alberta Wilderness Association also launched a billboard campaign in Calgary and Edmonton to highlight the plight of the sage grouse while it called on the federal government to take action to protect them.

On November 23, 2011, a collective of Alberta, Saskatchewan and national naturalist organizations represented by Ecojustice wrote to the federal environment minister petitioning for action. The petition called for immediate action with a deadline of Jan. 16, 2012.

CHAT News has obtained a copy of that petition letter sent to then Environment Minister Peter Kent – and copied to the Canadian Association of Petroleum Producers – which identified which oil and gas operations were located in the most sensitive areas for sage grouse critical habitat. Those wellsites included several owned by Chinook Energy and which city councillors would vote to purchase two months later. 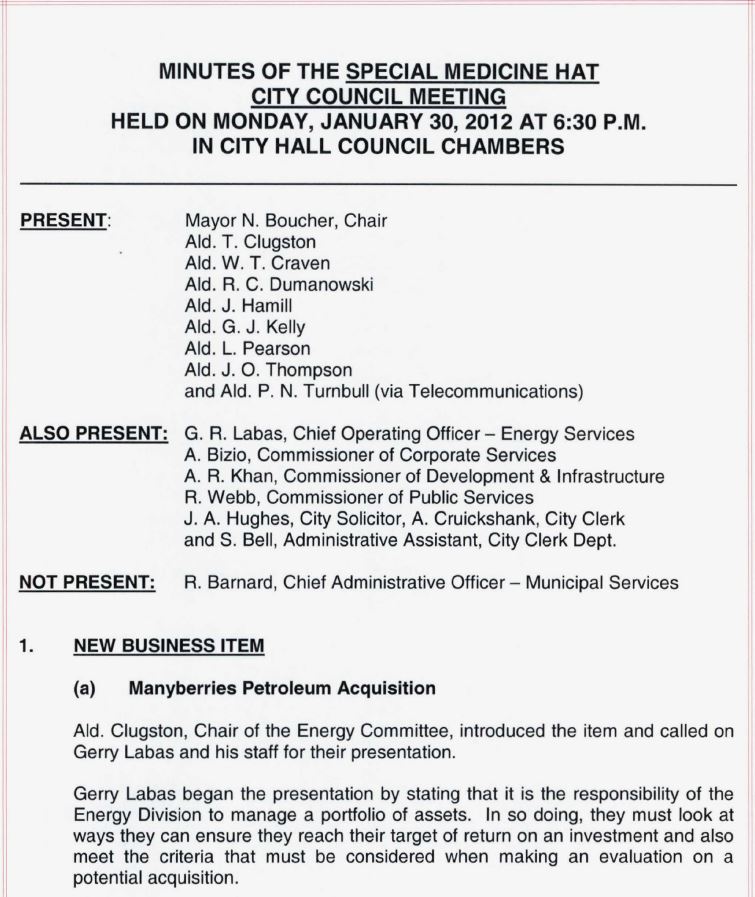 But during the end of 2011 when environmentalists began ramping up for another legal battle over sage grouse, the city and Chinook Energy began negotiations. This despite the 2009 court case, the emergency summit, the translocation program, the petition letter, the density of SARA-listed species and the Alberta’s recovery strategy warning of possible impacts to industry.

In the information package presented to council during a special public meeting on Jan. 30, 2012, there was no mention of the issues concerning the sage grouse. However, in the due diligence section of the information package, under the environment sub-section it states, “a review of 100% of the public regulatory information was completed, a consultant engaged and a number of site visits undertaken.” It also highlighted there were potential risks in the purchase and while due diligence was conducted at or above industry standards, “it is not possible to ensure this or any acquisition is absolutely risk free with regard to potential environmental liabilities due to time, costs that would have to be incurred and access.”

During that special meeting in January 2012, council defended the nearly $50-million purchase as a way to diversify its asset portfolio due to historic low prices in natural gas. The benchmark West Texas Intermediate price was a little more than $100 per barrel at the time with the Manyberries field producing 450 barrels a day. The city also stated the investment met its minimum 10 per cent return on investment benchmark. The city’s plan was to double short-term production of the field.

However, citing its legal actions, the city would not provide its annual production at the field since the purchase nor when it would fully reclaim its investment including costs associated with environmental liabilities.

According to city documents at the time, the city’s Gas Depletion Reserve Fund – which was used for the Manyberries purchase – was earning a return rate of 4.38 per cent on interest bearing securities.

In addition to Mayor Clugston, councillors Robert Dumanowski and Phil Turnbull were also part of city council at the time of the purchase. However, Turnbull was the only member who voted against the deal citing unrealistic production targets of the Manyberries play, maturity of the field and questioned its viability.

On Feb. 14, 2012, Ecojustice filed another legal action against the federal government calling for imposition of an emergency protection order after having not received any response to their petition. The next day, the city’s deal with Chinook Energy closed. 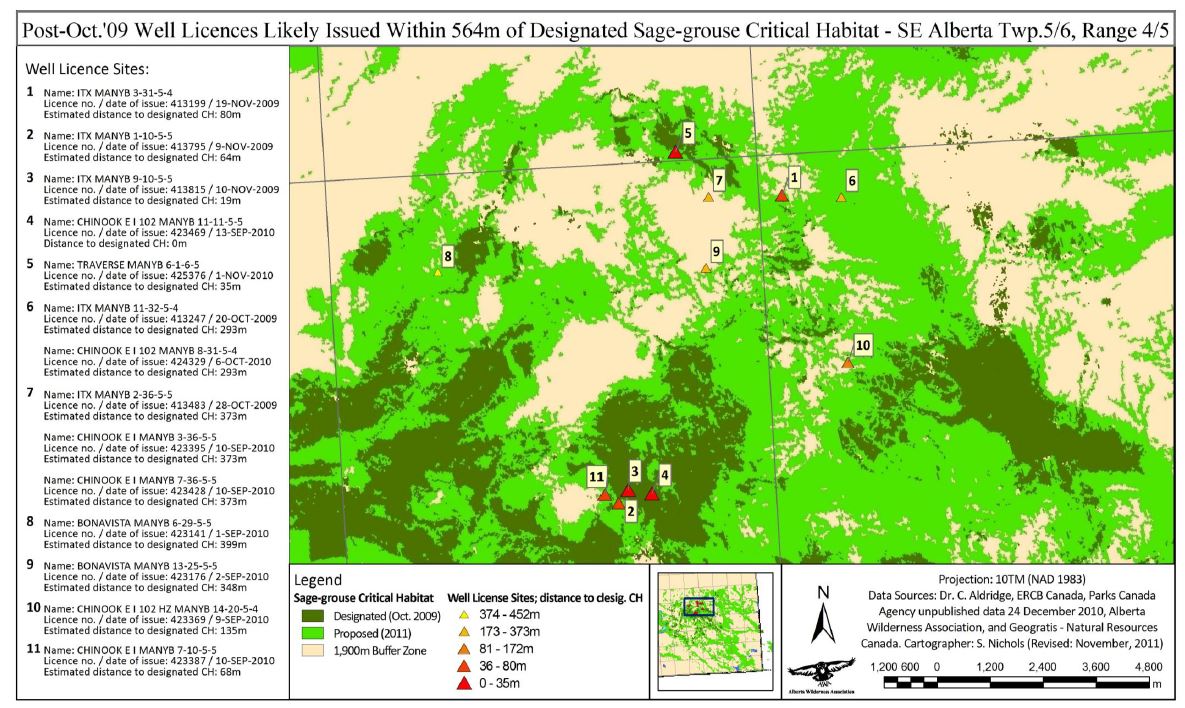 The Federal Court and Federal Court of Appeal submissions, hearings and rulings between February 2012 and August 1, 2013 culminated in the federal government announcing in September 2013 that an emergency protection order would be issued for the sage grouse, less than two years following the city’s purchase.

The supporting federal government document released as part of the EPO estimated the loss of revenue on oil and gas interests at $10-million over 10 years.

No hearing dates have been set for either the Federal Court lawsuit or the multimillion dollar Queen’s Bench civil case.