In Defense of the Spotted Owl 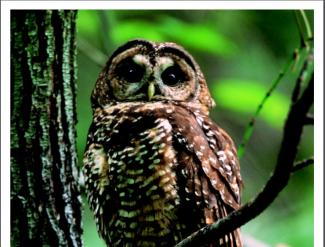 In 2004, during an icy-cold winter, a single government biologist repeatedly hiked out into the old growth forests near Lillooet, British Columbia. The reason for his solitary journeys was to feed two juvenile northern spotted owls so they would not starve to death over the lean winter months. The need to augment the diets of the young owls was beyond compassion – it was critical to the continued survival of the species in Canada.

Read it here
In denfense of Spotted_owl_report.pdf