This handsome medium-sized owl, with its unusual dark-brown eyes, relies on old-growth forests to roost, nest and forage. In Canada, the endangered northern spotted owl is found only in the southwestern corner of mainland British Columbia.

Due to ongoing logging of old-growth forests scientists estimate that less than six owls now remain in the wild in Canada. Currently biologists have been able to locate only three adult spotted owls, including a breeding pair residing in the unceded territory of the Nlaka'pamux community of Spô’zêm (Spuzzum) First Nation, located in the Fraser Canyon area near Hope BC. On February 25, 2021 he BC government announced a one year deferral of logging in Spô’zêm Nation territory - home to Canada's last surviving breeding pair of spotted owls in the wild. The historic population of spotted owls is estimated to have been 500 pairs.

Because of dangerously low numbers of northern spotted owls in Canada, the Wilderness Committee is demanding:

ArcGIS Online Map of New Spotted Owl Wildlife Habitat Areas in the Chilliwack, Cascades and Squamish/Sea to Sky Forest Districts
These Wildlife Habitat Areas (WHAs) provide stronger protection from logging for some of the important spotted owl sites in the bird's range area than the previous special management areas. However, only the green sub-areas have strong protection (known as "Long Term Owl Habitat Areas"), while the brown/orange sub-areas around Harrison Lake and Garibaldi park have no protection with special management status (known as "Managed Forest Habitat Areas") that allow for clearcuts with the odd tree left standing here and there. Also, some logging has been granted in some of the stronger protected WHAs, such as in the Chilliwack Lake WHA.
You can click on individual features on map to get more information on those features. You can toggle the legend, zoom in or change the basemap imagery with the buttons across the top. You can pan around map by clicking on map and dragging with your mouse. Click 'View Larger Map' below map to open the map in a larger ArcGIS Online map viewer window. 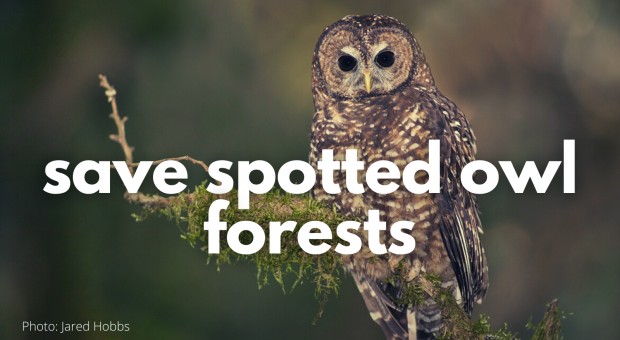 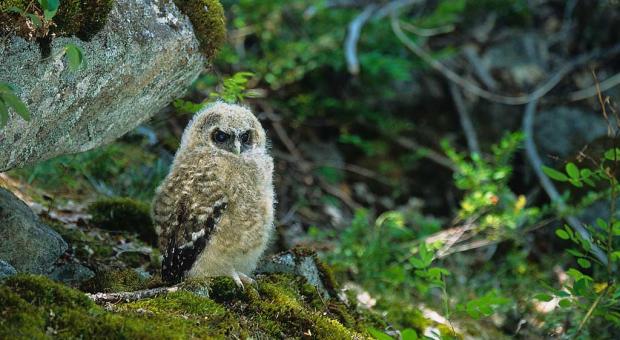 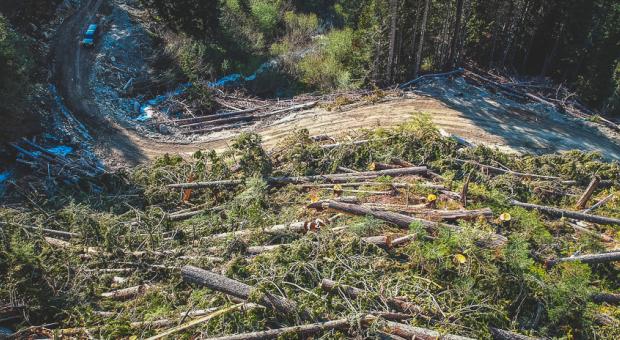 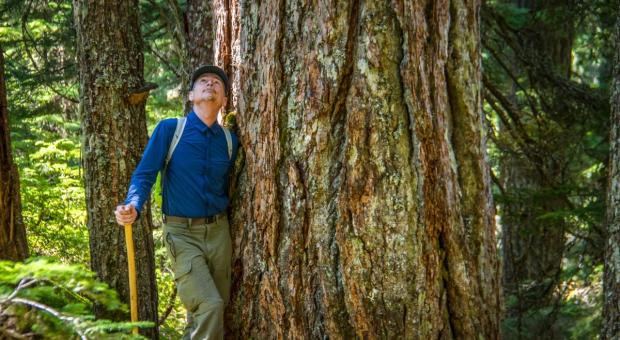 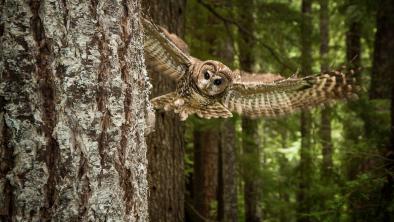 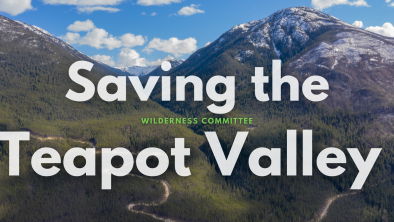 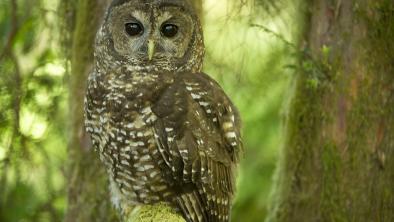 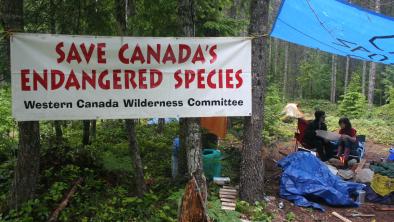 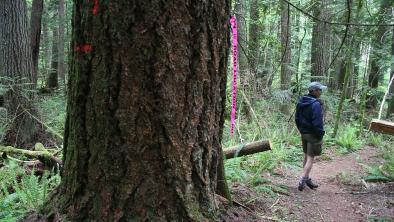 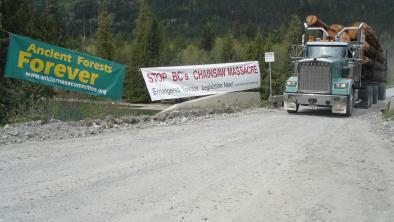 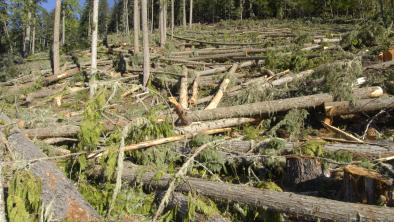 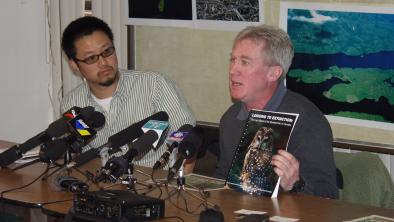 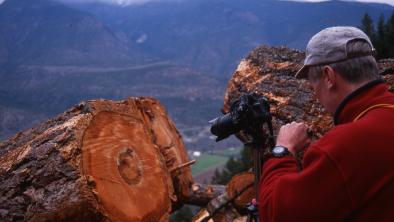 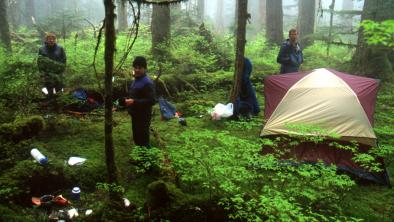 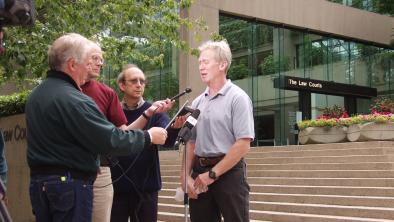 Spotted owls once thrived in the old-growth forests of southwest mainland British Columbia, nesting in centuries-old Douglas fir, western hemlock and western red cedar trees. Once numbering 500 pairs prior to the arrival of settlers, the spotted owl is following the course of more than 30 wildlife species that became extinct in Canada as a result of colonization and out-of-control industrial activities. Only three spotted owls are left in the wild in Canada.