No safe way to mine uranium 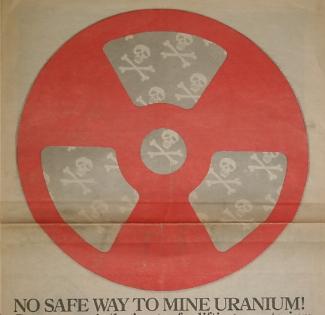 On April 24, 2008 the Government of BC established a regulation that ensured that any future mining claims do not include the rights to uranium.  Then the BC Government declared a moratorium on uranium exploration, mining and development. Soon after that, the BC government issued a Cabinet order that stopped any review of proposed uranium and thorium exploration and development in the province.

It had taken more than two decades since our publication calling for a moratorium - but BC finaly has its uranium moratorium in place.