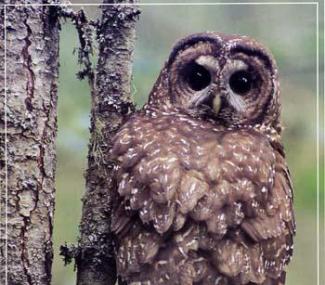 The Northern Spotted Owl has been designated "endangered" in Canada since 1986 by the "Committee on the Status of Endangered Wildlife in Canada" (COSEWIC). The owl is on BC's most endangered list, the "red List" with a ranking of "S1" meaning it is critically imperiled. In the US the owl has been listed as threatened since 1990. This report covers all the details regarding the status of the owl with biological factors, habitat requirements, threats to the owl and an intensive strategy to bring the owl back from being almost extinct.