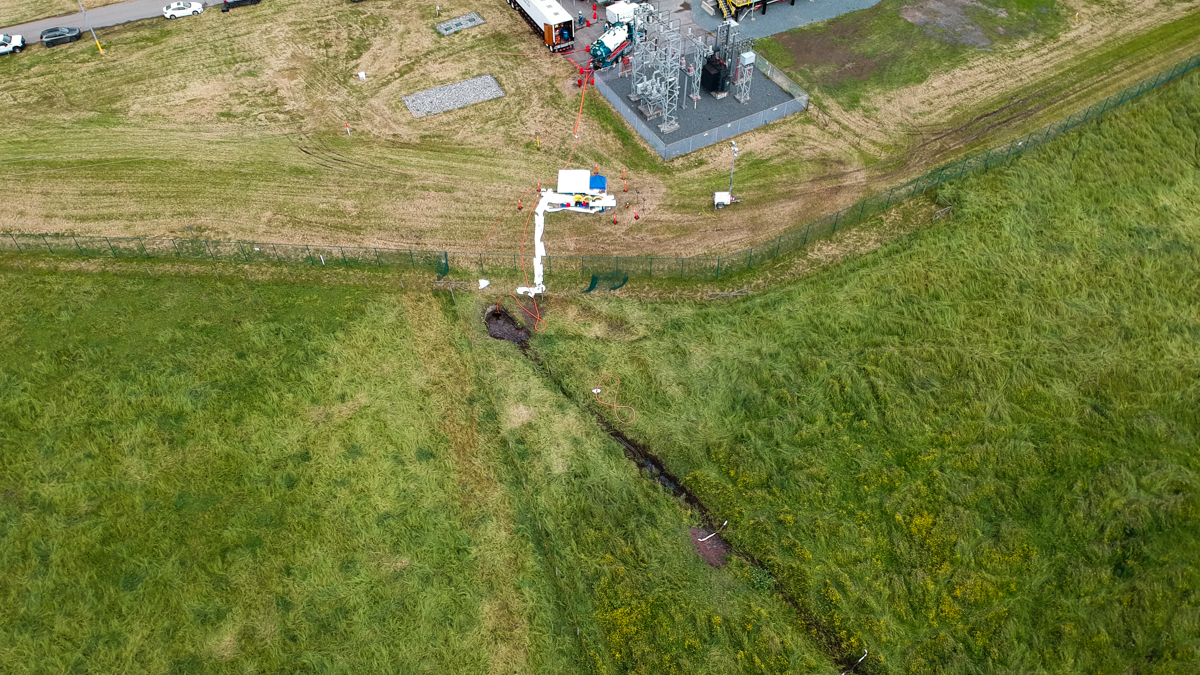 VANCOUVER — Wilderness Committee drone photos taken late Sunday afternoon show the extent of an oil spill this weekend from the Trans Mountain pipeline, despite the company’s attempts to minimize the situation.

“We’re talking about a major oil spill in a waterlogged field that sits above the Sumas aquifer,” said Climate Campaigner Peter McCartney. “This is a disaster.”

Trans Mountain says its pipeline spilt 150,000 to 190,000 litres of crude oil on Saturday morning and images show the spill was not cleaned up by the time the company planned on restarting the flow of oil. It rained throughout the weekend.

This is only the latest of around 90 major spills from the 67-year old pipeline and highlights the extreme risks to local ecosystems posed by the federal government’s planned expansion of the project.

“We tend to think of spills as single events but over the lifetime of a pipeline, they have an enormous impact on local ecosystems,” said McCartney. “That’s why we’re so resolute in opposing a brand new line — triple the oil means triple the consequences.”

Trans Mountain started construction of its new line in British Columbia just two weeks ago in the Kamloops area. It will have to cross over 1,000 streams and rivers in the province and at least 28 aquifers. A majority of affected First Nations have never given consent for the pipeline to cross their territories, including the Sumas First Nation whose lands and waters will suffer from this weekend’s spill.

Click here for a Google Drive link to pictures and video of the spill.