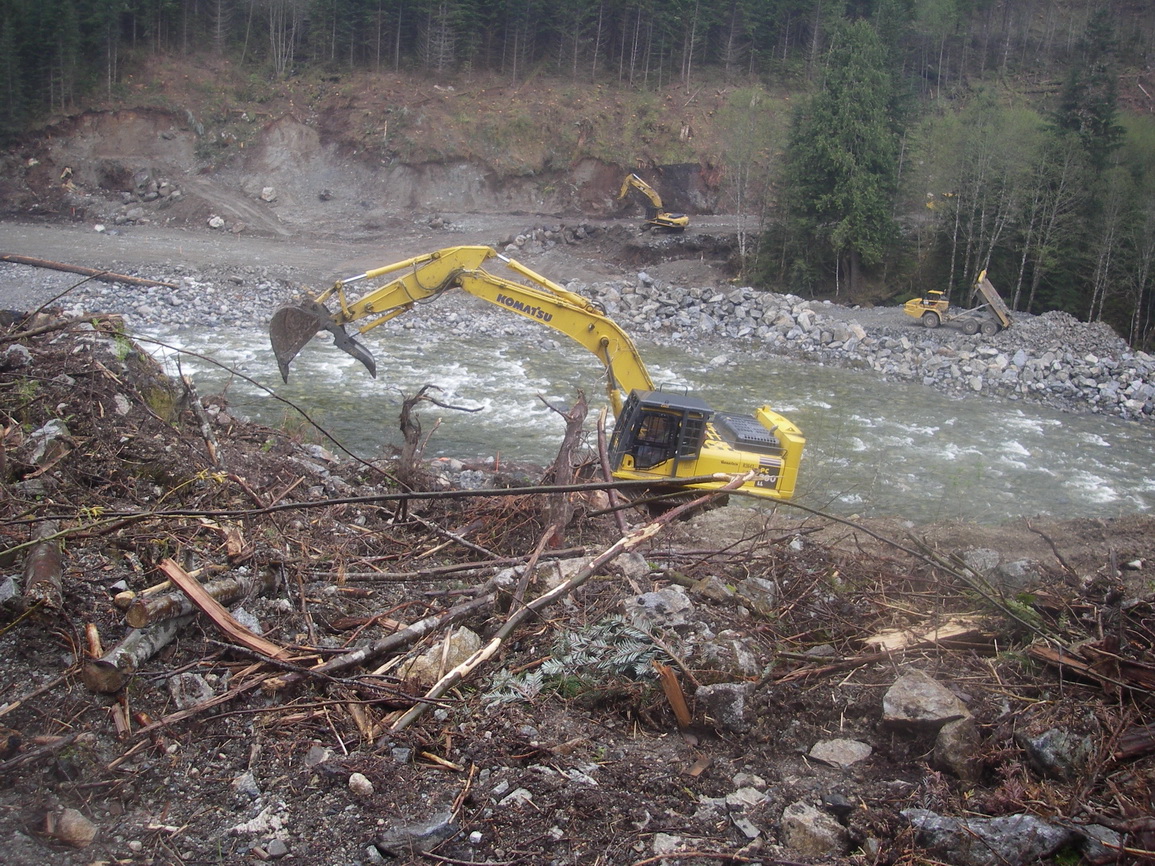 Last year I received a tip that there were serious problems with the Ashlu private power project. The person who called me said: ‘they are killing the river.’

We had been hearing rumours that private power projects have significant problems with fish kills, so when I got that phone call I immediately submitted a Freedom of Information (FOI) request to confirm what was happening.

FOIs are a tool used by civil society groups like the Wilderness Committee, reporters and private citizens to gain access to government documents that might not otherwise see the light of day. They can be an important part of keeping government open and transparent.

After waiting for more than eight months for our FOI to arrive,we received more than 3000 pages of government documents about environmental problems at the Ashlu project. Those documents showed that there where repeated problems with fish being stranded on gravel bars resulting in fish kills and that efforts to get the owners of the project, Innergex Renewable Energy Inc, to address these issues were “not satisfactory.”

In those documents staff from the provincial Ministry of the Environment and the federal Department of Fisheries and Oceans (DFO) where quoted as saying things like “FYI: lotsa dead fish from yesterday’s Ashlu episode . . . will be interesting to see DFO’s response” and “I agree, their requirement is to keep the fish ladder functional, and this is the key time of year regardless of whether they think they are ‘losing too much water’ to keep it operational.”

While we were working to reveal what was going on with the Ashlu, Vancouver Sun reporter Larry Pynn was doing his own investigation in to another project on the nearby Mamquam River. His findings were very similar to ours including repeated reports of fish kills and habitat damage. In Larry’s two page story entitled, ‘Run-of-river power projects kill fish’, that ran in last Saturday’s Sun he outlines the alarming findings of both investigations.

One of the most concerning revelations of these investigations is an industry practice known as ramping, which increases and decreases flow levels downstream of the power project. Ramping down the river flow has the potential to strand and kill fish and can also result in egg dewatering and cause spawning interference.

The private power industry has often claimed that their projects would not be built in fish habitat but we have seen that in far too many cases that is not the case. According to an about to be released report by Watershed Watch, 72% of river diversion projects are located in known or suspected fish habitat. Private power proponents have told us that their projects would not impact fish but now we are seeing serious problems in regards to fish stranding, kills and habitat damage.

This is unacceptable to British Columbians. None of these projects should be located in fish habitat and if they are aren’t operating within the law they should be shut down. In fact there should be a complete moratorium on private power projects in BC because of serious environmental and financial issues.

Please join me in taking a stand for our wild rivers,

P.S. Thank you to everyone to wrote letters to help save the Kokish. You have already written over 700 letters, and earlier this week the Outdoor Recreation Council of B.C. named the Kokish the most endangered river in the province. If you have not written your letter yet please go to our website and write one now.