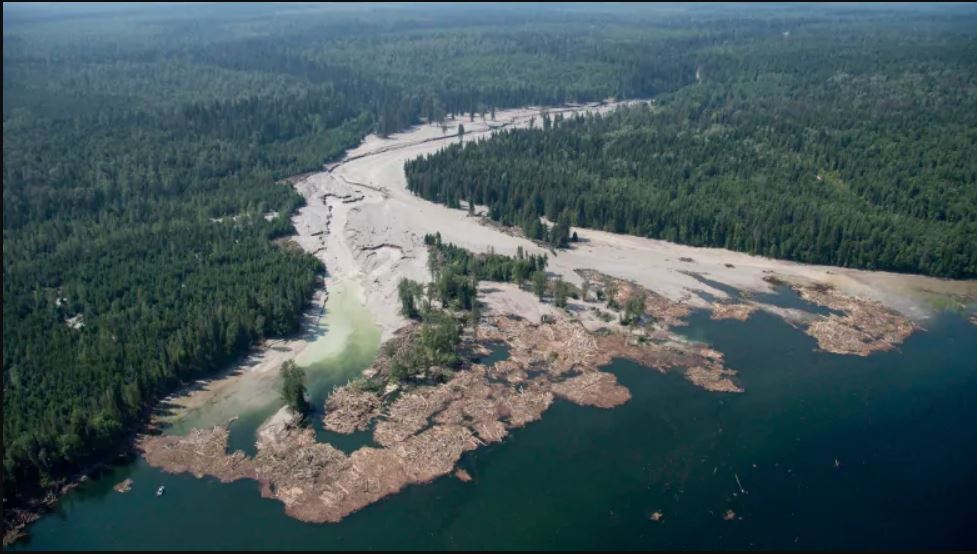 A new report from the Canadian Centre for Policy Alternatives is warning that B.C. could see more disasters like the Mount Polley dam collapse if regulations around mining remain unchanged.

According to the report, co-published by the Corporate Mapping Project, the Wilderness Committee and Brazil-based PoEMAS, there could be as many as two dam failures every 10 years.

Two reports, by B.C.'s chief inspector of mines and an independent panel of engineering experts, found the collapse was caused by a poorly designed dam that didn't account for drainage and erosion failures.

The report also drew comparisons to a deadly mining event that occurred at the Mariana mine in Brazil one year later, which killed 19 people, left hundreds homeless, and contaminated the Rio Doce river system.

"I think what's important to understand is that these spills, like the one in Brazil and the one in Mount Polley, are not one-off events unlikely to ever be repeated, as more or less the mining companies led us to understand when they first happened," said Judith Marshall, who authored the report.

"The companies rapidly expanded production when metal prices rose, made generous political contributions to governments, and engaged in lobbying activities. When the boom in metals prices ended, they reduced maintenance and inspections of their faulty dams and set the stage for the disasters to come."

The Mount Polley mine, operated by Imperial Metals Corp., is located near Quesnel Lake, about 400 kilometres northeast of Vancouver. It resumed full operations in July 2017 with a repaired and reinforced tailings dam amid assurances by then-mining minister Bill Bennett that mining code revisions would ensure a similar disaster couldn't happen again.