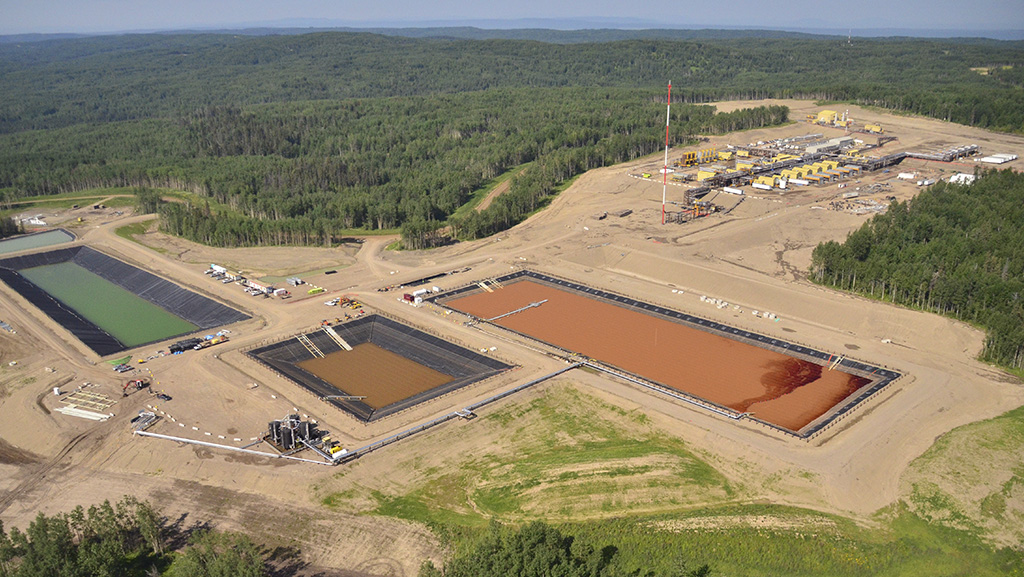 The B.C. government handed out $1.3 billion in fossil fuel subsidies over the past two fiscal years, according to a new report by the International Institute for Sustainable Development, an independent think tank.

The report crunched the numbers for Canada’s four main fossil fuel-producing provinces and found B.C. provided the second-highest amount in subsidies, behind only Alberta.

The federal government has committed to phase out fossil fuel subsidies by 2023, but the provinces and territories haven’t made similar commitments, said Vanessa Corkal, a policy advisor with the IISD and co-author of the report.

“We can’t meet our global climate targets without robust provincial action. It’s so critical that provinces step up to the plate — but we’re not seeing that,” Corkal said.

The governments of B.C., Alberta, Saskatchewan and Newfoundland and Labrador provided a combined $2.5 billion in fossil fuel subsidies in the 2020-21 fiscal year, and $1.5 billion for the 2021-22 fiscal year, according to the report.

The 2020-21 fiscal year is slightly higher because of government COVID-19 supports, it noted.

Corkal said those numbers are conservative because sometimes subsidies are part of funding programs that don’t break out support for fossil fuel companies.

Corkal said Canada has not committed to a legal definition of what constitutes a subsidy, even though there are “well-established international definitions” it could adopt.

“Regardless of what you call it, governments should be evaluating every single fiscal measure to figure out if it’s in line with economic well-being and with the need for climate action,” she said. That means evaluating whether it’s the best use of public money to transition to a low-carbon economy.

The IISD used the World Trade Organization’s definition of a subsidy, which is basically any government support that encourages fossil fuel development or production.

“Governments have demonstrated that they are capable of responding to crisis,” Corkal said. Federal and provincial COVID-19 measures mobilized “incredible” funding to protect their citizens during the pandemic, she noted.

Corkal said she’d like to see a similar response when it comes to the climate crisis. “We have an arguably greater crisis on the horizon... yet it’s business as usual by the provinces,” she said.

Alexandra Woodsworth, campaigns manager with the environmental organization Dogwood BC, said there is growing pressure in B.C. to reduce fossil fuel subsidies and to increase the royalties that companies pay for publicly owned oil and gas resources.

Woodsworth helped deliver a petition to the provincial government Tuesday with 24,500 signatures calling for an end to all fossil fuel subsidies.

Signatures were collected by the environmental organizations Dogwood BC, Leadnow, Stand.earth, the Wilderness Committee and My Sea to Sky.

B.C. is currently reviewing its oil and gas royalty system. Woodsworth said the ideal result would be an end to all subsidies, but it could at least lead to phasing out the province’s most monumental subsidy — the Deep Well Royalty Credit.

The program is the largest of B.C.’s 11 royalty credit programs, ringing in at $514 million for 2021, according to the IISD report. Fossil fuel companies also hold $3.2 billion in unused credits, which could be used to avoid paying royalties at a future date.

“It’s very clear this incentivizes new drilling and gas production beyond what is otherwise economical for fracking companies,” Woodsworth said.

As part of the review the government held a public consultation and, last month, published a summary of that feedback. Overall the public said it wanted higher royalties and fewer subsidies.

A review is long overdue to eliminate outdated, inefficient fossil fuel subsidies. Our government is working to modernize the royalty system so it can help reduce emissions and deliver a fair return for British Columbians.https://t.co/gO3ubVair2

Woodsworth said that wording is vague and the first step should be to eliminate all oil and gas subsidies.

Despite launching the royalty review the provincial government is still “all in” for the LNG industry, Woodsworth said, which requires gas shipped to the coast for export. “They’re doubling down on fracked gas during a climate emergency.”

Woodsworth said Tuesday’s budget will show if the government is serious about the climate emergency — whether it includes more money towards initiatives that will help B.C. transition to a low-carbon economy, like renewables, or puts more money towards fossil fuel subsidies, which exacerbate the emergency, she said.

The report concludes with four recommendations:

When The Tyee contacted the Ministry of Energy, Mines and Low Carbon Innovation to ask if the government would consider the recommendations, the ministry said it was reviewing the report.

“British Columbia’s outdated royalty system is not living up to public expectations,” the ministry said in an emailed statement, pointing to how the royalty review now underway will “design a new royalty system that aligns with our goals and sees the elimination of outdated, inefficient fossil fuel subsidies.”

View the original article published by The Tyee