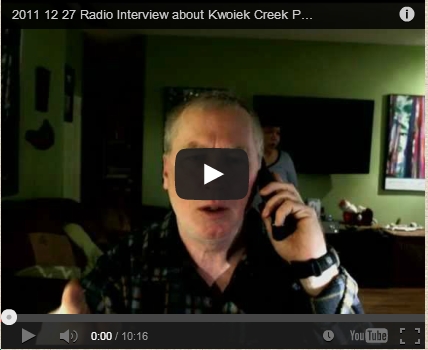 This is a radio interview with Wilderness Committee National Campaign Director Joe Foy about the Kwoiek Creek private power project now being built in the Fraser Canyon area of British Columbia. Foy and the Wilderness Committee say this project and all other so called run of river projects that have not yet been built in BC should be halted and abandoned. Existing projects should be examined to see if any are in the public interest - and the ones that are not should be closed and the streams rehabilitated.
Want to know more? Go to: