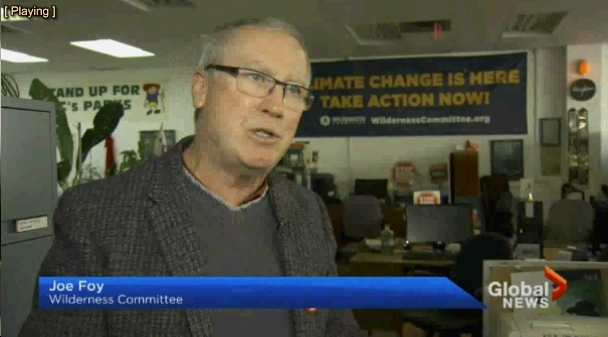 This is a TV news story about a report on gas leaking from BC's fracked gas wells being kept from the public for four years. A group of environmental and health organizations are now calling for a full public inquiry on the practice of gas fracking in BC. The Wilderness Committee's Joe Foy is interviewed in this news report.