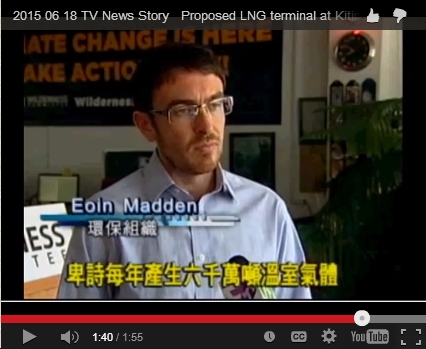 This is a TV news story about an Environmental Assessment Certificate that has been just granted for the $36 billion LNG Canada Export Terminal project situated near Kitimat BC. Even though it's still not clear if the project would ever be built, one of the concerns about such a large Liquified Natural Gas (LNG) plant is the massive amount of greenhouse gases it would be responsible for releasing. The Wilderness Committee's Eoin Madden is interviewed in this story.
間液化天然氣公司的計劃通過聯邦及省政府的環境評估
More from this campaign