TV News Story - Rally at the opening of the BC Legislature 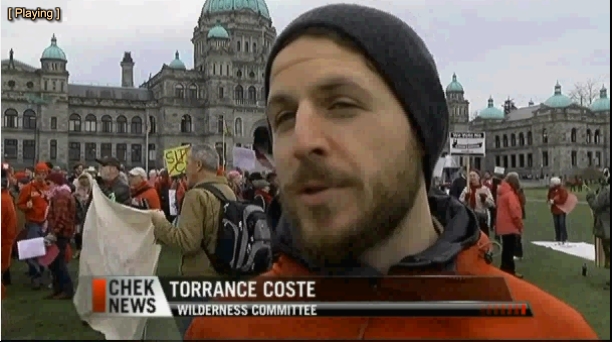 This is a TV news story about a rally at the opening of the BC Legislature organized by several environmental groups, including the Wilderness Committee to oppose destructive projects like the Site C dam project, Kinder Morgan oil pipeline project and the push towards LNG exports.  The Wilderness Committee's Torrance Coste was interviewed for this report.

Email your town or city council for a post-carbon community!