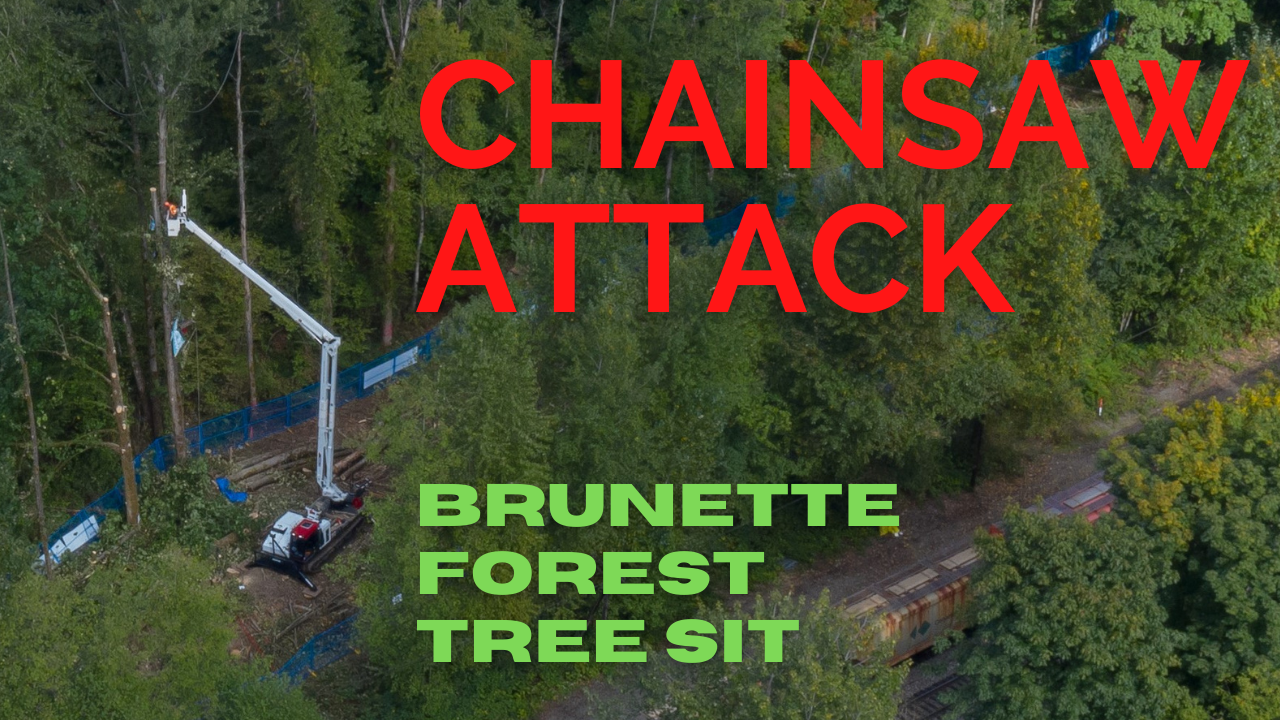 Police arrested and charged one person at an ongoing “tree-sit” demonstration in Burnaby's Brunette Forest on the morning of Wednesday September 22, aimed at stopping construction of the Trans Mountain pipeline expansion. In the afternoon the trees, banners and platforms in the area of the tree sit were chainsawed down while work on the TMX tar sands export pipeline continued.