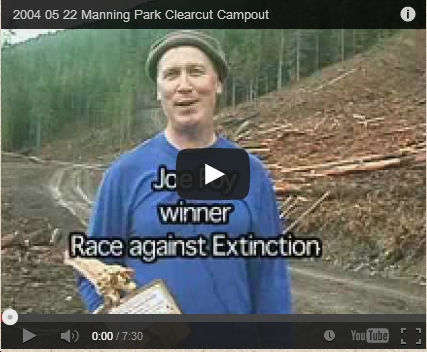 This is a short video about a gathering held in the Manning Park "donut hole" a region left out of park protection because of a mining claim, but completely surrounded by Manning and Skagit Provincial Parks. Members of the Wilderness Committee came to camp out over the Victoria Day long week end to bring attention to logging in the donut hole in an area that was supposed to be protected spotted owl habitat. The campers held a Race against Extinction event.