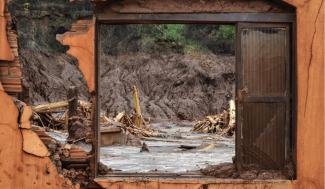 THIS PAPER EXPLORES THE MANY PARALLELS between the tailings dam spills at the Mount Polley mine in British Columbia (BC), Canada, and the Samarco mine in Mariana, Minas Gerais, Brazil. The Mount Polley disaster took place in August 2014, when the dam holding toxic waste from the copper and gold mine collapsed, creating the largest environmental disaster in Canada’s mining history. It was not long after — in November of the following year — that the largest mine disaster in Latin American history took place in Mariana, Brazil when an even larger reservoir of waste collapsed at the Samarco iron mine.