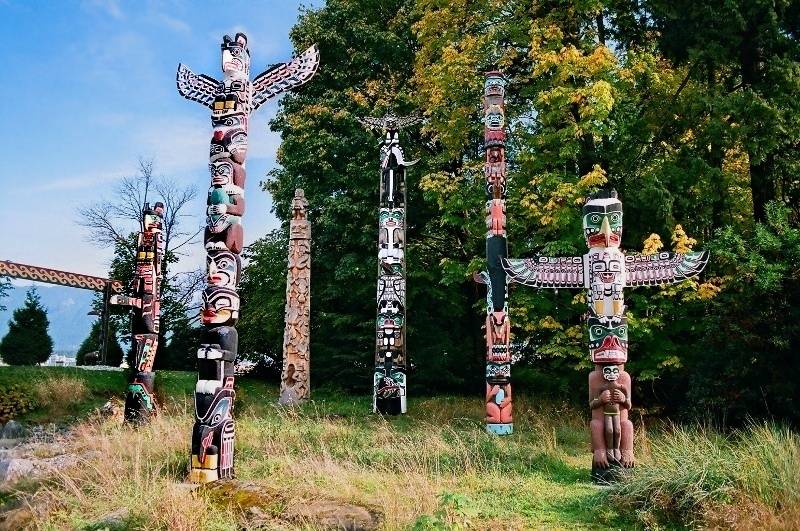 Celebrating parks puts me at odds. Ecosystems being protected from logging, mining, oil and gas exploration, and other industrial developments are aspects of parks I value and want to celebrate. But these feelings are clouded by the disgraceful treatment of First Nations peoples that took place in order to create these parks.

Banff National Park is an extraordinarily beautiful and popular national park, and one with an exceptionally dark history. In the 1880s with the promise of tourism money, the case was made for a national park. Former prime minister John A. Macdonald decided to reserve an area around the hot springs at Cave and Basin as a public park in 1885, establishing Canada’s first national park and third worldwide.

The ecosystems were protected and wildlife thrived. All that was there before would be able to live on as is—except the Indigenous peoples. The First Nations who lived and hunted here well before European colonizers stepped foot on this continent didn’t fit within the colonizers’ idea of wilderness. Banff National Park is located on the traditional territory of the Ktunaxa, Stoney-Nakoda, Kainai, Piikani, Siksika, and Tsuut’ina First Nations. When the park was created, the Indigenous peoples living throughout were expelled from the land.

This process was repeated throughout Canada and the United States, from the expulsion of Keeseekoowenin Ojibway First Nation from Riding Mountain National Park in Manitoba to B.C.’s Stanley Park, where city officials destroyed the X̱wáýx̱way Indigenous settlement and evicted the residents. A shameful and broken process has led us to the parks we enjoy today. This broken process must not continue as we seek to protect more wilderness. A new era of environmental justice is on the horizon for national parks.

The Inuvialuit Final Agreement of 1984 led to the first national park in Canada created as a result of an Indigenous land claim settlement. The Inuvialuit people of northern Yukon wanted to protect the biological and culturally rich area. Representatives from the Inuvialuit, territorial, and federal governments now work together to manage the land.

The Gwaii Haanas Agreement signed in 1993 by the Council of the Haida Nation and the government of Canada agreed to protect the region’s natural, cultural, and marine treasures. To this day, the two parties manage Gwaii Haanas National Park Reserve.

Now, the South Okanagan-Similkameen National Park Reserve is being set in stone. The park has been in the works since 2003 and this July a memorandum of understanding (MOU) was signed between the Okanagan Nation and the B.C. and federal government, and all three governments will equally manage the park reserve. The MOU outlines the commitment to true and lasting reconciliation and a renewed relationship recognizing the ongoing presence and inherent rights of the sməlqmix/ suknaʔkinx (Okanagan Nation) people.

National parks offer astounding sights, and more importantly, provide wildlife refuge from the destruction of our society—a haven where habitat and species can exist. Polar bear cubs can be seen tumbling in the snowy subarctic in Manitoba’s Wapusk National Park. The ground thunders as hundreds of bison roam the land in Elk Island National Park. Relentless howling winds bend and twist the trees of Waterton National Park. Parks protect diverse and unique ecosystems across the land and are essential in this current age of extinction. With one million species at risk worldwide, we need more protected lands. However, we must ensure parks are being created in a way reflecting Indigenous rights and title and incorporates their critical traditional knowledge.

We have a lot of work to do in order to decolonize the land and reconcile past wrongs done to Indigenous peoples. These new park processes are a step in the right direction. As we go out and enjoy the national parks throughout the land this weekend, let’s reflect on this unjust history, while committing to uplift and uphold the rights of Indigenous peoples today and every day.