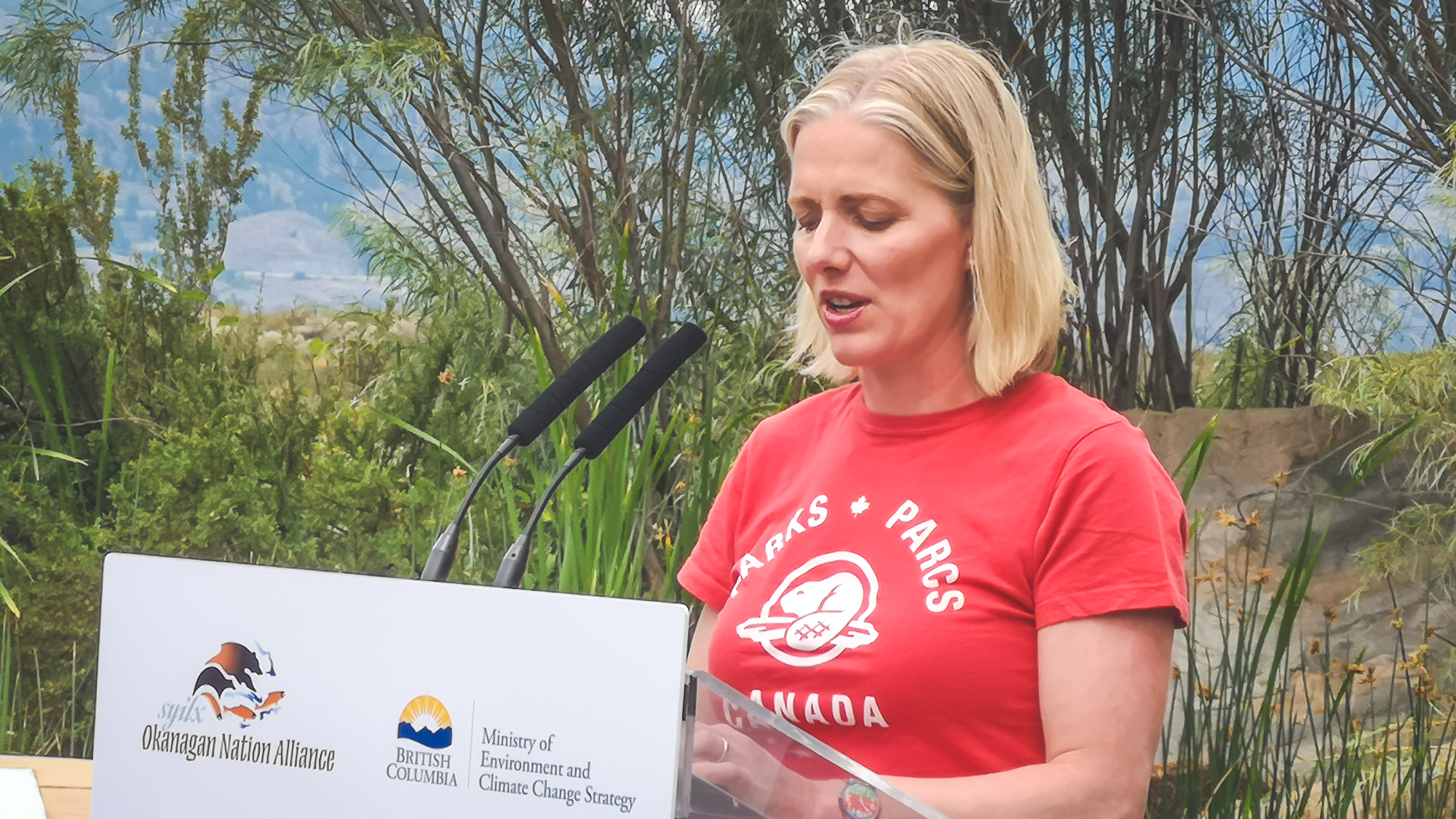 OSOYOOS - The Wilderness Committee is celebrating the news of a signed agreement that will set in stone a national park reserve in the South Okanagan-Similkameen region of B.C.

This morning, the government of Canada, B.C. and the Syilx/Okanagan Nation signed the memorandum of understanding (MOU). Federal Environment Minister Catherine McKenna, B.C. Minister of Environment George Heyman, Chief Clarence Louie of the Osoyoos Indian Band and Chief Keith Crow of the Lower Similkameen Indian Band spoke to their vision for conservation in the region. The MOU ensures the creation of the park regardless of political change.

“Moments like these are what we all work so hard for,” said Conservation and Policy Campaigner Charlotte Dawe. “Since 2003 there’ve been so many people instrumental in making this park a reality. Thanks to their dedication, the landscape and species within will finally have much-needed protection.”

The three levels of government announced their intention to cooperate on this new national park reserve in late 2017. Today’s news comes after extensive public consultation to determine the details of the park reserve, including proposed boundaries. People across the country wrote in with their vision of the park reserve, which was instrumental in ensuring the signing of this MOU today.

“We’re living through the sixth mass extinction and efforts like this one are essential if we want to give wildlife any chance at survival,” said Dawe. “Habitat protection is the single most important thing for saving species at risk.”

The South Okanagan-Similkameen region is one of the four most endangered ecosystems in Canada and is home to 76 per cent of B.C.’s species at risk including western rattlesnakes, American badgers, burrowing owls and the northern leopard frog.

“The establishment of a national park reserve means all of the species at risk located within its boundaries now receive automatic protection under the federal Species at Risk Act from being killed or having their habitats destroyed,” said Co-Executive Director Joe Foy. “Currently, there are no such protections in place. For species on the brink, this added protection is critical.”

Gwen Barlee, former national policy director for the Wilderness Committee and South Okanagan local, spearheaded the organization’s work towards South Okanagan-Similkameen national park reserve in 2007. She grew up immersed in the unique beauty of the area and knew it was something special that would vanish without protection. Sadly, she passed away in 2017 but her legacy lives on through the signing of this memorandum.