British Columbia has expanded its relationship with a U.S. big-game hunting organization that is under criticism for funding the killing of grey wolves in northern B.C.

At the January convention of the Foundation for North American Wild Sheep, the B.C. government auctioned two special hunting tags, one for a Stone's mountain sheep at $179,000 (all figures Cdn), and the other for a Roosevelt elk at $58,000.

Two American hunters paid the exorbitant prices because the special tags include the right -- granted exclusively by the B.C. government -- to hunt after the regular season has closed. The successful bidders' names were not released.

Once the Wyoming-based foundation took its 10-per-cent cut for administering the auction, that still left more than $200,000 for the provincial coffers.

No one in the ministry of water, land and air protection offices in Victoria or the northern Peace region, in Fort St. John, could be reached to comment Monday.

In 2000, the first year B.C. offered a special sheep hunt at the foundation auction, an American paid $251,000. This is the first time the province has added a special elk hunt.

For years, the foundation has provided B.C. biologists and guide-outfitters with grants of $14,600 to $66,000 per year to promote wild sheep, including scientific research, education, habitat enhancement and predator control.

A grant of $7,300 went to the Northern B.C. Guides Association in 2001 for trapper education, including the trapping of wolves.

The foundation's role in B.C. wildlife management has become an issue following a Vancouver Sun story Friday revealing an extensive B.C. government wolf-kill plan for the Muskwa-Kechika area of the northern Rockies.

The Vancouver-based Fur-Bearers Association Monday produced a list of various B.C. wildlife management projects funded by the U.S. foundation dating back to the wolf kill of the 1980s, when more than 700 wolves were shot by helicopter in the north.

"Instead of the B.C. government financing wildlife management projects such as burning habitat, and killing our B.C. animals, they instead leave it to this hunter-based group in the U.S.A.," charged director George Clements.

"Hunters want the wolf populations in B.C. decimated, because the wolves are taking the hunters' targets," he added.

"We're not promoting the annihilation of a species," said Lee, confirming his foundation opposed the reintroduction of wolves from B.C. to Yellowstone National Park in 1996.

"To say we actively promote the harvest of wolves, no, we don't do that. To say we're against it, no we're not."

To anyone opposed to hunting, he said that even vegetarians must realize they have a significant impact on the landscape, noting that wheat fields and rice paddies have obliterated vast swaths of wildlife habitat. "To say I'd rather harvest a few wolves to have more ungulates to harvest, I see nothing wrong with that."

Sheep hunting, however, is primarily a trophy sport. Hunters seek the grand slam, the successful hunting of four types of sheep -- the bighorn, the white Dall, the desert, and the Stone's sheep, which is found mainly in northern B.C.

Lee added that the foundation's donations are minuscule compared to the grants B.C. environmental groups receive from U.S. charitable foundations.

According to a draft wildlife management plan, B.C. plans to allow grey wolves to be shot and trapped year-round while backing more than a three-fold increase in the annual bag limit in a move that would generate more big-game animals for hunters.

Rather than allow wildlife and landscapes to run their natural course in the province's greatest wilderness -- the 6.3-million-hectare Muskwa-Kechika management area of the northern Rockies -- the province also proposes to burn 120 square kilometres a year. 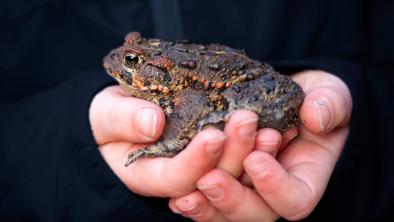