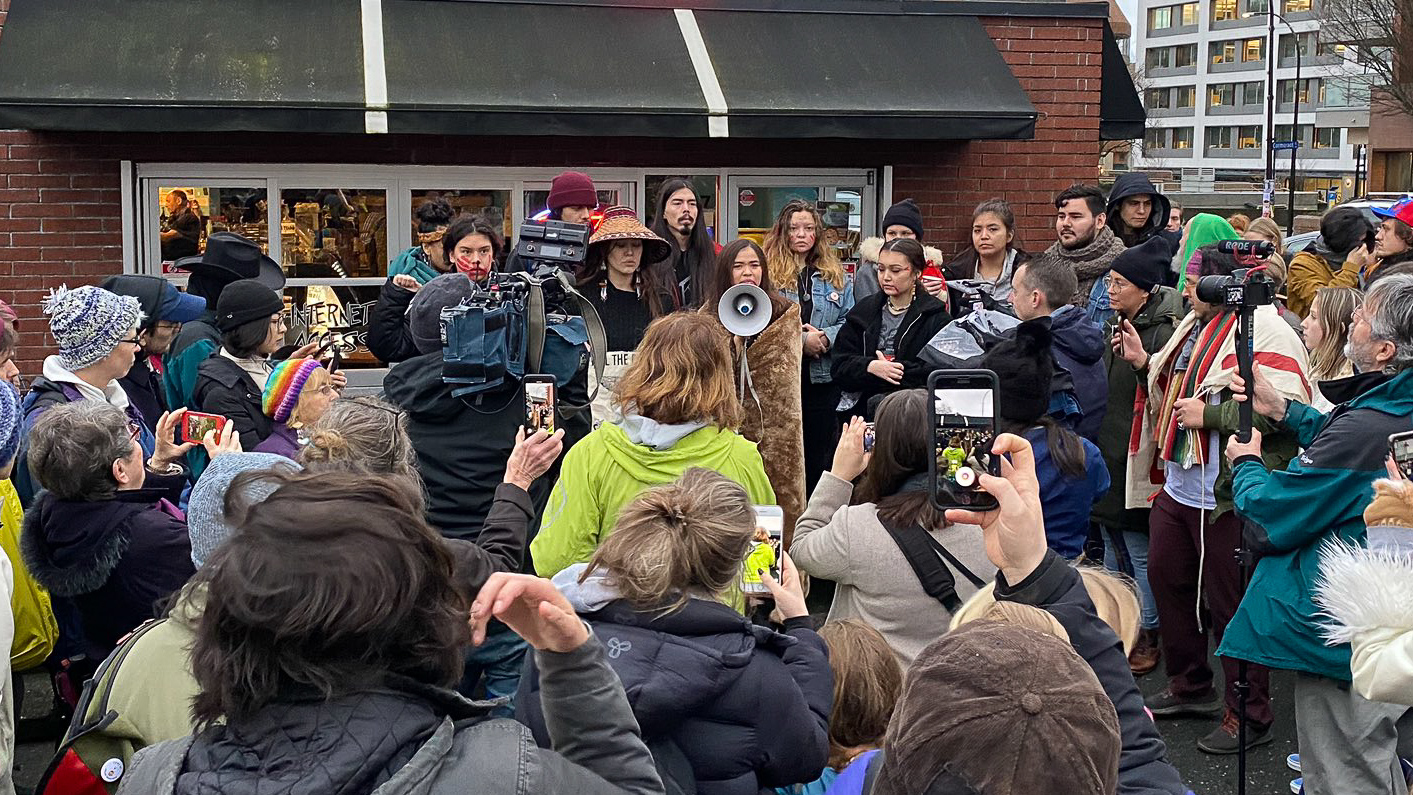 The gathering comes after several activists were arrested at the Blanshard Street offices of the Ministry of Energy, Mines and Petroleum Resources overnight.

Victoria Police confirmed in a news release that multiple arrests were made over a lengthy four-hour process Tuesday, and that “the minimum amount of force was utilized to effect the arrests.”

Police say that the arrested individuals were transported to VicPD cells for processing and that no charges have been sworn. No injuries have been reported by protestors or officers due to the arrests.

Big crowd gathered in solidarity with Indigenous youth arrested overnight at @michellemungall’s office. Some of those arrested are here (leading chants 🔥✊🏼). Unclear if all released.#yyj #WetsuwetenStrong pic.twitter.com/doXMSy9ZPk

Activists, some with the environmental group Climate Justice Victoria, say they are demonstrating in support of those Wet’suwet'en First Nations members who oppose construction of a natural gas pipeline in northern B.C.

Coastal GasLink has signed agreements with several First Nation councils along the pipeline's path, but the hereditary clan chiefs who are leaders under the traditional form of governance say the project doesn't have authority to go ahead without their consent.

The action at the Ministry looks to be going overnight as the minister refuses to engage. Spirits are high but the youth inside are worried about the police presence given the lack of media observers. pic.twitter.com/Uaa5lWXx7J

The tension over the pipeline's construction led to cancellations earlier this week of several BC Ferries sailings from Swartz Bay.

The activists said in a statement they were blockading the BC Ferries terminal Monday due to BC Ferries' ties with the liquefied natural gas industry. 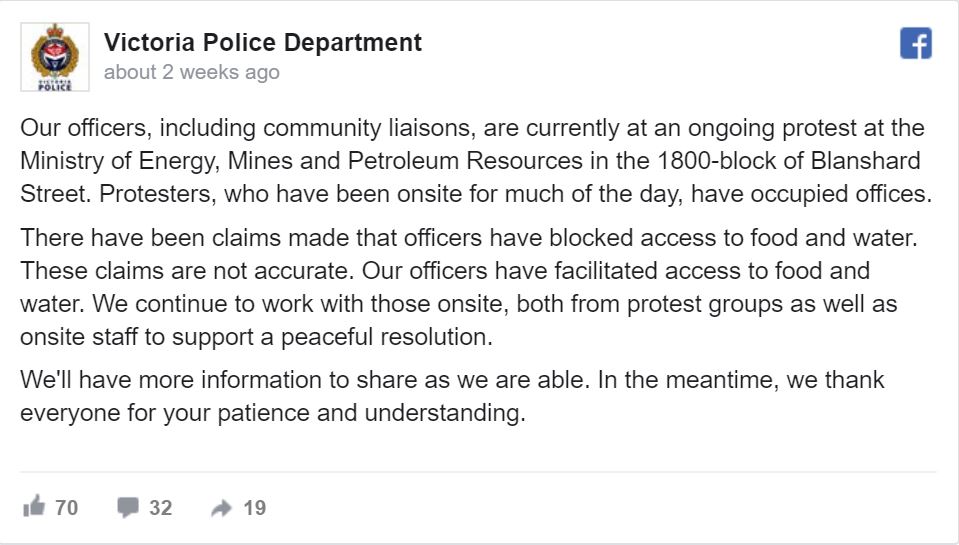 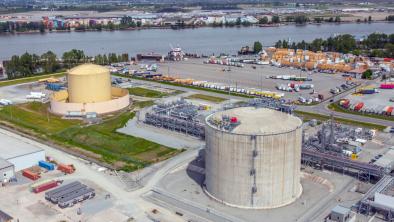