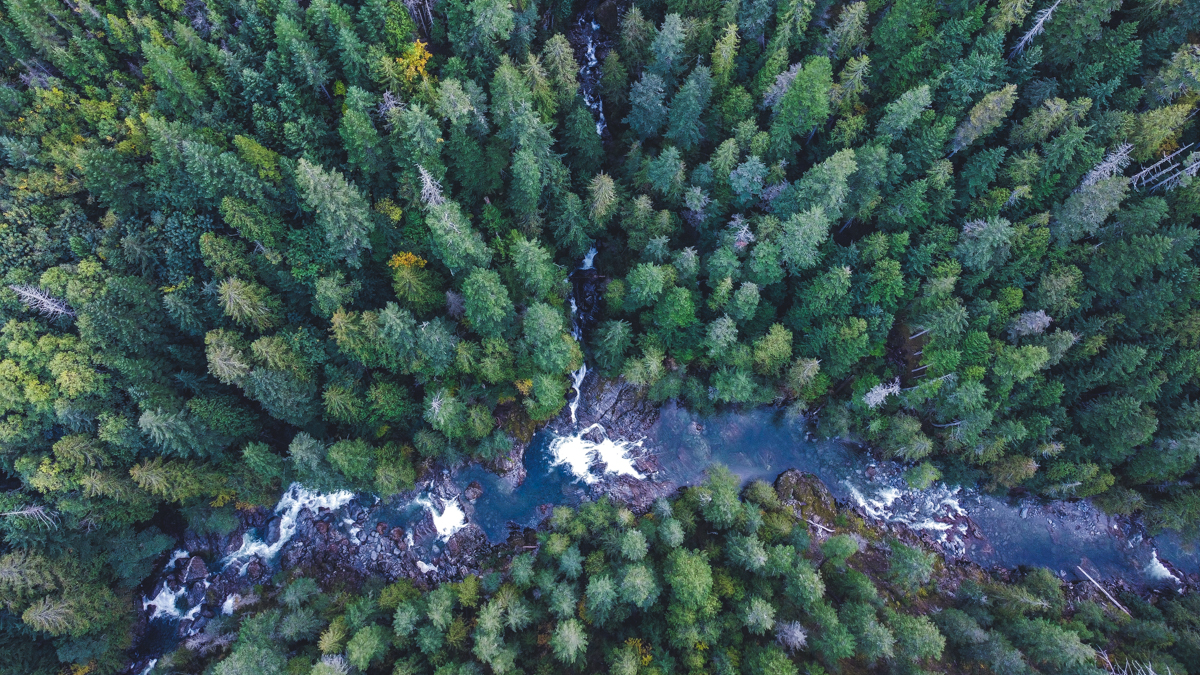 The province matches its much-anticipated report with new protections. But some ancient forests are still at risk.

B.C. Forests Minister Doug Donaldson today announced the deferral of old-growth logging within more than 350,000 hectares as well as the protection of up to 1,500 giant trees. The move came in response to a highly anticipated report also released today on the management of old-growth forests in the province.

Environmentalists, workers and First Nations representatives applauded the steps but say they leave out some of the most at-risk ancient forests as well as funding for implementation.

The report, titled A New Future for Old Forests, calls for a paradigm shift that prioritizes ecosystem health over the timber supply and acknowledges the many intrinsic values of mature old forests, including biodiversity, clean water, cultural resources, recreation, climate regulation and carbon storage. With the passage of the Declaration on the Rights of Indigenous Peoples Act last fall, Indigenous involvement was listed as the first recommendation.

“Not a single stick of old growth should have left Kwakiutl territory in the last 10 years,” said Kwakiutl Chief Walas Numgwis (David Knox) in a Sierra Club press release responding to the report. “Yet we’ve seen heavy industrial exploitation of the ancient forests and [been] given only crumbs in return. My hope is that we come together to create a better relationship with the forest. The work starts now and we’re ready.”

Donaldson said that the province recognizes the need for a new approach to managing B.C.’s ancient forests. “We know that the status quo is not sustainable,” he said. “Obviously, it’s no good for industry to cut it all down with no plan for transition. And we know that unchecked logging in old growth threatens crucial biodiversity.”

“Over time our understanding of forests and societal values have evolved,” Donaldson added. “We need an approach that brings together western and Indigenous knowledge and science, and one that considers perspectives from across all sectors and stakeholders.”

Nearly three-quarters of the forested land where logging will be paused is in Clayoquot Sound, which has already been phasing out logging since the famous demonstrations of the 1980s and ’90s. The second-largest swath is in the Incomappleux Valley outside Revelstoke.

About 200,000 hectares of the deferral area is believed to be old growth, according to Torrance Coste, national campaign director with the Wilderness Committee. That means less than half of the province’s most valuable old growth — estimated at about 420,000 hectares — is protected.

Old-growth forests are generally defined as those containing trees more than 250 years old on the coast and in the inland temperate rainforest, and more than 140 years old in the Interior.

But not all old-growth forests hold the same biodiversity value, Coste said, and exact boundaries of deferral areas have not been released.

Not included in the moratorium are the Central Walbran Valley or the Fairy Creek area of southern Vancouver Island, where blockades have been preventing logging of the intact watersheds and big-tree cedar-hemlock forests.

“The Walbran is one of the most important areas ecologically on the South Island,” Coste said. “The only way they can really show they’re serious is if [the government] keeps expanding, if they keep building on this, and they defer more key areas, so they won’t be lost in the meantime.”

When asked about contentious areas like the Central Walbran and Fairy Creek at a briefing Friday afternoon, Donaldson said managing old-growth forests while maintaining jobs is a challenge that won’t be solved overnight. “An immediate moratorium would be devastating to workers and forest-dependent communities,” he said.

Other areas of concern include the boreal rainforest and inland rainforest near Prince George. The latter is being targeted by the wood pellet industry, said Michelle Connolly, director of the volunteer-run community group Conservation North. A scientific study released in June found that only one per cent of provincial forests still support the largest trees today. The interior wet belt is one area where very little productive forest remains.

“The deferral map inadvertently shows where industrial forest corporations hold the power,” Connolly said. “Every type of old-growth forest in the central interior is at risk. This place is in trouble.”

Leaving the most at-risk areas available for logging in the name of First Nations consultation is disingenuous and removes economic opportunities for all communities, including Indigenous communities, Connolly added.

“Deferring logging of the most at-risk places now keeps options open, while logging those areas removes the options permanently because those forests are never coming back,” she said. “Old-growth forests are not a renewable resource.”

A commitment to work with Indigenous communities was emphasized in Friday’s announcement, but there was no clear answer on how long that will take. Coste points out that First Nations consultation should happen prior to logging, not just when suspending it.

“If you can’t set aside old growth without First Nations’ consent, then you shouldn’t be able to log it without their consent,” he said. “Every forest plan and logging plan in B.C. was set up without Indigenous consent and that doesn’t get delayed.”

One thing missing from today’s announcement was how the province intends to support workers who could be out of a job because of declining old-growth supply. This is especially important on the coast and Vancouver Island, where half of the annual harvest is from old-growth forest, said Gary Fiege, president of the Public and Private Workers of Canada.

The report also lacks clear steps to transition the industry to second growth and added-value processing through actions like retooling mills and halting raw-log exports.

But Fiege commends the government for its commitment to First Nations and its phased approach to implementing the report’s recommendations, which will roll out over 36 months.

“The government is standing on the edge of a knife with competing interests on both sides,” Fiege said. “We have 30 years of old growth left, maybe less with biodiversity needs and the needs of the planet. This is really only a step in a long journey.”

Donaldson said the province will provide a progress report next spring.

To view the original article published by the Tyee click here.