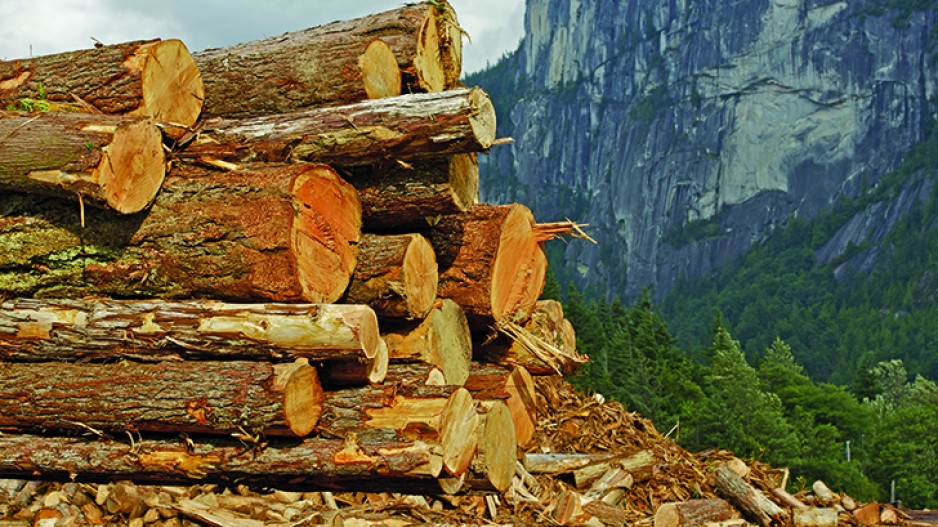 A coalition of B.C. unions, environmental groups and mill operators is asking Ottawa to reject a proposal by Mosaic Forest Management to lift the limit on raw log exports.

The group, which consists of unions Unifor and the Public and Private Workers of Canada (PPWC), as well as mills-sector firm San Group Inc. and non-profits such as the Wilderness Committee and the Canadian Centre for Policy Alternatives (CCPA), sent a letter to federal international trade minister Mary Ng on Thursday, officials announced.

The letter highlights the groups’ concern that raw log exporters like Mosaic have been asking Ottawa to remove the requirement for companies to have to advertise the logs slated for export to domestic buyers first. The existing rules were created to keep wood-product manufacturing using B.C. lumber within the province, the letter said.

“If you can’t manufacture trees you cut down into lumber products here in B.C., you shouldn’t be logging them,” said Wilderness Committee national campaign director Torrance Coste in a statement. “We do not want the log export rules weakened, even temporarily. In fact, we believe they’re too weak to begin with.”

Mosaic has stated it is seeking temporary relief that would allow log exports at levels no more than long-run historical levels, adding that the majority of the log it sells are to domestic producers - often at prices below the cost of production of the said logs. As such, Mosaic officials say that access to international log markets (and their higher pricing) is essential for the company to continue to supply logs to local producers under the existing model.

"The only way to supply local mills at typical domestic pricing is with some access to international markets and pricing," Mosaic said in a May 24 statement. "No forest company can sell production at below cost – nor should they have to... Given harvest costs on the Coast, log exports are necessary or there will be significant further declines in harvest."

The company also said Wednesday it is restarting operations of supplying logs to domestic producers due to improved market conditions.

This was not the first instance of those in the B.C. wood-products sector pushing back at the plans of Mosaic, which manages TimberWest - B.C.’s largest private timberland company. Mosaic also manages Island Timberlands, another major private timberland firm in the province.

On May 12, Mosaic and the United Steelworkers Union said they reached an agreement to “improve job opportunities and long-term security” for USW members working at Mosaic’s shipping facilities at South Island and Northwest Bay. At the same time, Mosaic has pushed for new regulations that would allow the company to more freely export its B.C. raw logs.

Those announcements were met with a rebuttal on May 21, written by companies such as CIPA Lumber, Coastland Wood Industries, Ledcor Forest Products Partnership and Paper Excellence Group. That letter - similar to the one announced today - said the lifting of export requirements on B.C. raw logs would be disastrous for a local sector already struggling with monumental challenges.

“The majority of license holders are harvesting their licenses, many at full capacity,” the May letter from the B.C. coastal forestry companies said. “A portion of these logs are being exported internationally while the balance is being processed into finished wood products and wood chips for the pulp and paper industry. Domestic log demand and pricing are strong and international log demand is on a path of recovery regardless of the impact of COVID-19.”

In today’s letter, San Group CEO Kamal Sanghera said his company - as one of the few firms investing in new mills in B.C., with $150 million being spent to build new facilities at Port Alberni - is not opposed to all raw log exports, but domestic demand should be satisfied first for the health of the entire provincial industry’s ecosystem.

To view the original article published by Business in Vancouver please click here.