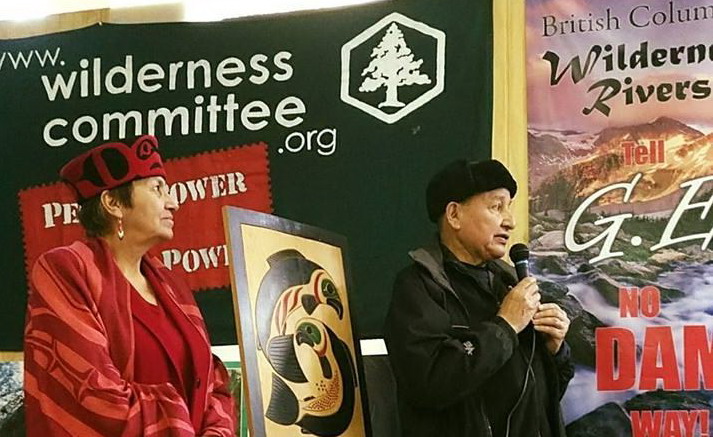 They were chosen for their decades of commitment to preserving and protecting lands, waters and the environment for future generations. They have stood up against damaging industrial development such as the Site C dam, Kinder Morgan pipeline, Ajax open-pit copper mine and the salmon farm industry, to name a few.

“Stewart and Joan are two of the hardest working environmental activists that I have ever met,” said Joe Foy, Wilderness Committee National Campaign Director. “They are constantly attending gatherings, meetings, and rallies, visiting communities and speaking to the public and the media on the environmental issues of our time. Stewart and Joan have provided invaluable direction and support to those working to protect BC from ill-conceived industrial projects.”

This year is the 25th anniversary of the award. The Wilderness Committee presents the Eugene Rogers Environmental Award each year to citizens who have gone above and beyond in their efforts to protect the environment and advocate for a better society. The award comes with a $1,000 dollar prize.

Grand Chief Stewart Phillip is an Okanagan Indigenous leader who has served as president of the Union of B.C. Indian Chiefs since 1998. Joan Phillip is a councillor for the Penticton Indian Band Council and a lifelong advocate for Indigenous rights. They have been married for over 30 years.

Grand Chief Stewart Phillip and Joan Phillip will receive the award at the open house starting at 3 p.m. at 46 East 6th Ave.