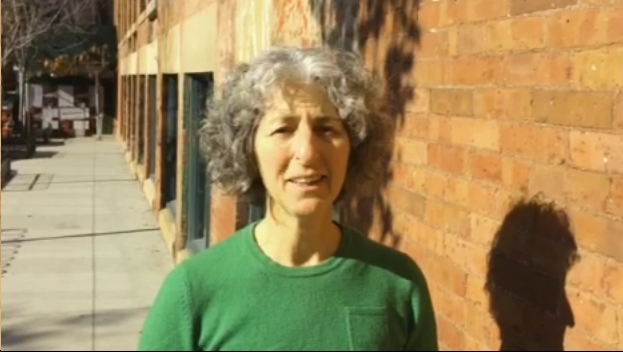 VANCOUVER – The Wilderness Committee is pleased to announce that the 2016 Eugene Rogers Environmental Award is being granted to Valerie Langer for her decades of dedicated work to preserve and protect the ancient rainforests of coastal British Columbia.
Valerie is unable to attend the Wilderness Committee’s Annual General Meeting this afternoon, where she is the recipient of the Eugene Rogers Environmental Award winner. The award comes with a $1000 prize.
“Valerie Langer’s long-time successful efforts to help negotiate forest protection in BC have been innovative and highly successful,” said Joe Foy, Wilderness Committee National Campaign Director.
For 24 years, the Wilderness Committee has presented the Eugene Rogers Environmental Award to citizens who have gone above and beyond in their efforts to protect the environment and advocate for a better society.
Valerie Langer first worked in forest conservation as the Forest Campaigner for Friends of Clayoquot Sound from 1988 to 2004 and was instrumental in the work to defend that region from clearcut logging.
In more recent years she co-founded the group ForestEthics as a coalition project and joined the organization as an employee in 2006. ForestEthics is now called Stand.
As part of her work there, she was engaged in implementation of ecosystem-based management in the Great Bear Rainforest, 6.4 million hectares/15 million acres of temperate rainforest on the west coast of British Columbia.
The Great Bear Rainforest was officially recognized by the Government of British Columbia in February 2016, when it announced an agreement to permanently protect 85 per cent of the old-growth forested area from industrial logging.
"Forests protect us. They are a living community that provides us with oxygen and defends us against climate change. They house species that impress and delight us. It has been my privilege to help defend them and an honour to receive the Eugene Rogers Environmental Award for doing so," said Valerie Langer of Stand.
–30–
For more information, please contact:
Joe Foy | National Campaign Director, Wilderness Committee
604-880-2580, joe@wildernesscommittee.org
Valerie Langer
604-307-6448, valerie@stand.earth
See Valerie's Acceptance Speech