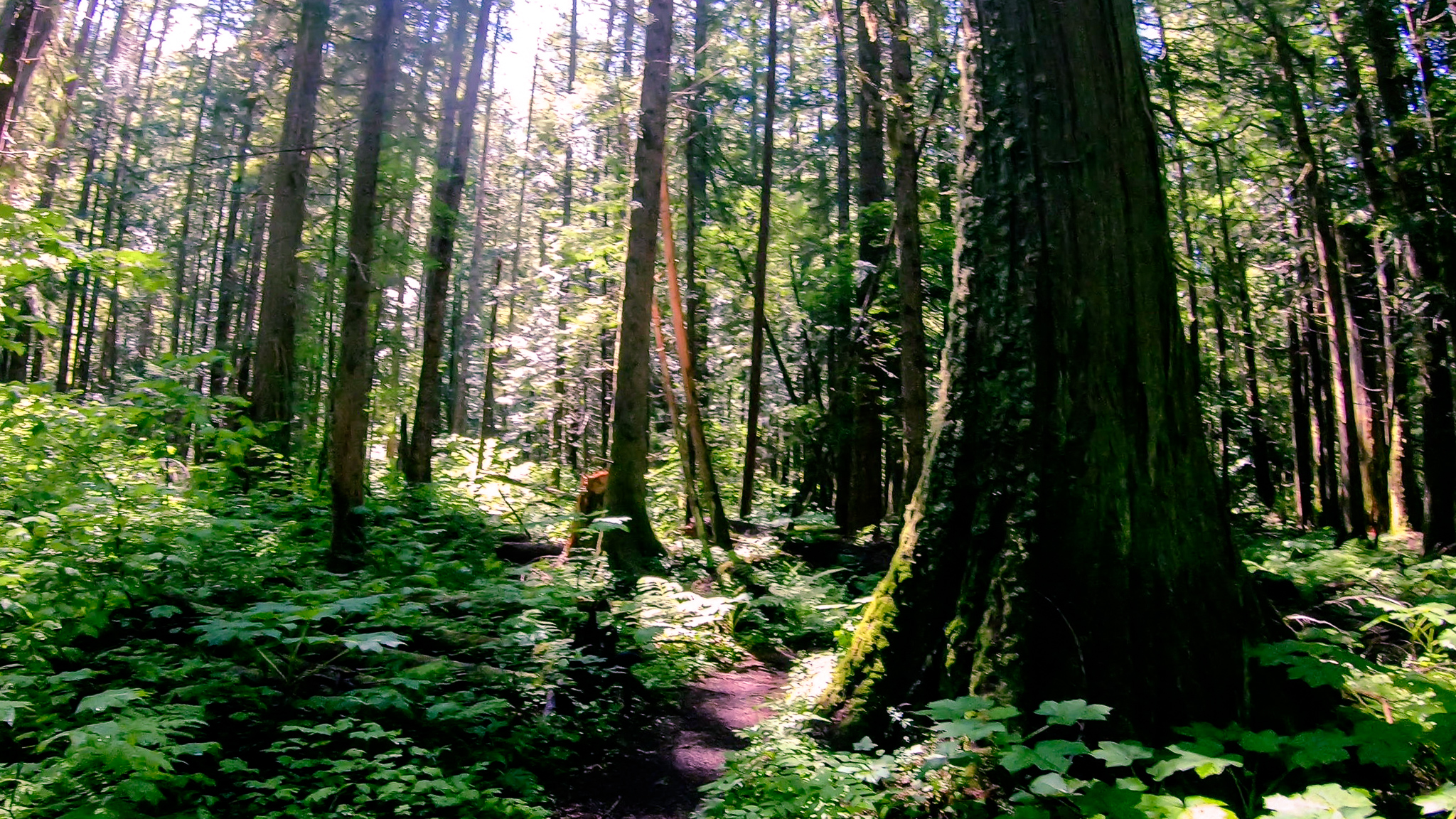 No one should be surprised that the British Columbia government’s decision to potentially defer logging in 26,000 square kilometres of old-growth forest angered many and pleased few.

First Nation leaders were highly critical of the incredibly short, 30-day turnaround that the government imposed on them to respond to the deferral proposals, the paltry funding provided by the province to offset consultation costs and the economic implications for their members.

The Council of Forest Industries, representing the province’s biggest logging, lumber and pulp and paper operations, warned of an impending economic apocalypse in which 18,000 workers would lose their jobs, while skirting around the tens of thousands of industry jobs already lost.

And environmental leaders noted that many tracts of old-growth remained unprotected and would likely be logged even more intensely as the government took the next couple of years to decide whether or not the proposed deferral areas would actually receive formal protection.

All of this was predictable, and all of it largely ignored the elephant in the room.

What the deferral decision underscored in spades is the abominable point to which this government and governments before it have brought us.

Successive provincial governments actively encouraged the logging industry, which is dominated by a few very powerful companies, to cut down more and more forest without any coherent plan for how healthy, resilient ecosystems—which are the bedrock of healthy communities—were to be maintained.

All of this was predictable and all of it largely ignored the elephant in the room.

Perpetuating logging rates that anyone with an iota of common sense knew could not go on was guaranteed to have brutal consequences including: old-growth forests so fragmented from logging that they no longer are capable of supporting caribou and vibrant songbird populations; community watersheds where once-clean drinking water has turned to mud; drastically reduced or eradicated salmon stocks; and 41,000 direct jobs lost in the forest industry in just 20 years.

All of this and more was elucidated in a remarkably non-partisan speech in the provincial Legislature by Prince George-Mackenzie Liberal MLA Mike Morris just days before the government made its potential deferral announcement.

“We are, quite simply, out of harvestable trees, unless we don’t care about habitat for wildlife, salmon and genuine biodiversity management,” Morris said before beginning to catalogue the shocking inventory of losses. Morris’s words take on even more meaning when one considers the riding he represents. The community of Mackenzie—which owes its very existence to the forest industry—is on the path to ghost town status, the forest industry equivalent of Newfoundland’s deserted cod fishing outports.

The town that once had two pulp mills, a handful of sawmills, a remanufacturing mill and a wood chipping plant is down to just two mills. Meanwhile, the Mackenzie region’s remaining “harvestable trees” continue to fall and be trucked away to feed mills starved for logs in Prince George and Quesnel. Only the willfully blind fail to see that this may soon mean zero mills in Mackenzie, and no jobs for local loggers, many of whom are First Nation members.

Where have successive governments been—where, for that matter, has the Council of Forest Industries been—as the list of endangered species rose sharply along with the roll call of the unemployed and First Nation communities lost the moose, salmon and other species that defined them? Nowhere.

There’s one reason and one reason only that explains why we are “out of harvestable trees.” Most of them have been cut down.

In June, Premier John Horgan and Forests Minister Katrine Conroy released a document outlining what the government “intended” to do to set a new course for forestry in the province. Significantly, the announcement came as protesters were being arrested in droves in the Premier’s own riding for blocking logging roads leading into old-growth forests in the Fairy Creek area on southern Vancouver Island. Those arrests now exceed 1,000 as the blockades continue and police enforce an injunction obtained in BC Supreme Court.

There’s only one reason that explains why we are “out of harvestable trees.” Most of them have been cut down.

When the document was released, the Premier and Forests Minister said that they intended to increase old-growth forest protection after negotiation with First Nations on whose ancestral lands such protections would occur, and to enact policies that ensure that the industry adds more value to each tree logged—something that government after government has “intended” to do but just never got around to.

Developments in Morris’s riding also underscore the farce that is value-added in BC’s forest industry today. In an idled sawmill in Mackenzie where 200 workers were once employed by Canadian Forest Products, banks of computer processors will soon be in place to “harvest” not wood, but the crypto-currency Bitcoin. Another idled Canfor mill in Canal Flats in southeast BC is now fully converted from processing harvested trees to harvesting data to make Bitcoin.

Somehow, we don’t think this is what the Premier had in mind when he talked about the need to shift the forest industry onto a new value-focused footing.

The people in Mackenzie have seen it all: a shocking loss of biological diversity, a shocking loss of mill jobs, gutted rural communities and an appalling lack of leadership by successive provincial governments, which chose to turn over vast swaths of forestland to companies like Canfor in exchange for promises to build and maintain mills in specific communities. But that social contract was shredded long ago by the Liberals under Gordon Campbell. And the Liberal and NDP governments to follow did nothing to reverse course.

The “logging rights” that the government turned over gave corporations a lock on lands at the expense and in contempt of the rights and traditional practices of First Nations. Those Nations had managed said forests quite well for thousands of years before BC became a province in 1871 and the provincial government gained powers to manage natural resources on so-called “Crown” land.

Adding insult to injury, the publicly owned forest resources that governments turned over to the companies cannot be taken back without compensating the companies for the loss of “their” rights.

What we need now is a frank acknowledgement of the reality we face in BC, and concrete action to address it. The day of reckoning is at hand. We are nearly out of harvestable trees. The potential deferrals will not significantly alter this reality.

Here are four things the provincial government could do:

First, make it very clear that First Nations will be promptly and properly compensated for newly conserved old-growth forests on their traditional lands. To compensate logging companies for losing logging rights and not compensate First Nations whose lands have been stripped of most of their trees and who are now being asked to conserve some of what’s left is the height of injustice.

What we need now is a frank acknowledgement of the reality we face in BC, and concrete action to address it.

Second, rural First Nation communities and their non-Indigenous neighbours should be given the authority to manage significant areas of forest in their regions. The provincial government should immediately negotiate with First Nations to turn over at least half of all logging revenues known as stumpage (the fee a logging company pays to the provincial government for each tree cut down) to those communities to assist them in the management work they do.

Having demonstrated that it is unwilling or unable to manage forests for broad societal benefit, it’s time to promote local management of forests and tap into the knowledge of local residents, Indigenous and non-Indigenous alike.

Third, immediately take back a significant portion of logging rights currently held by logging companies and turn those rights over to First Nations. This would provide much-needed leverage for First Nations and their non-Indigenous neighbours to attract investment capital and to negotiate with businesses that might come forward with investment proposals that could generate local jobs in watershed restoration, forestry, fisheries and tourism enterprises to name but a few.

Fourth, the government needs to walk the walk and end the talk about value-added. For decades we have been told that cutting fewer trees and extracting more value from each tree cut down is the way to generate both new and more secure jobs in the forest sector and to allow for increased conservation.

The government should signal that it is serious about this by immediately announcing that it will award areas of forestland directly to value-added manufacturers that come forward with solid proposals that have the support of local communities. And, wherever possible, those awards should be in second-growth forests not old-growth.

Every day that the provincial government allows the industry to maintain its present destructive course brings us one day closer to an even more brutal day of reckoning. We either keep our collective foot on the logging truck accelerator or we decelerate and begin to chart a new course.

This article was originally published in The Tyee.