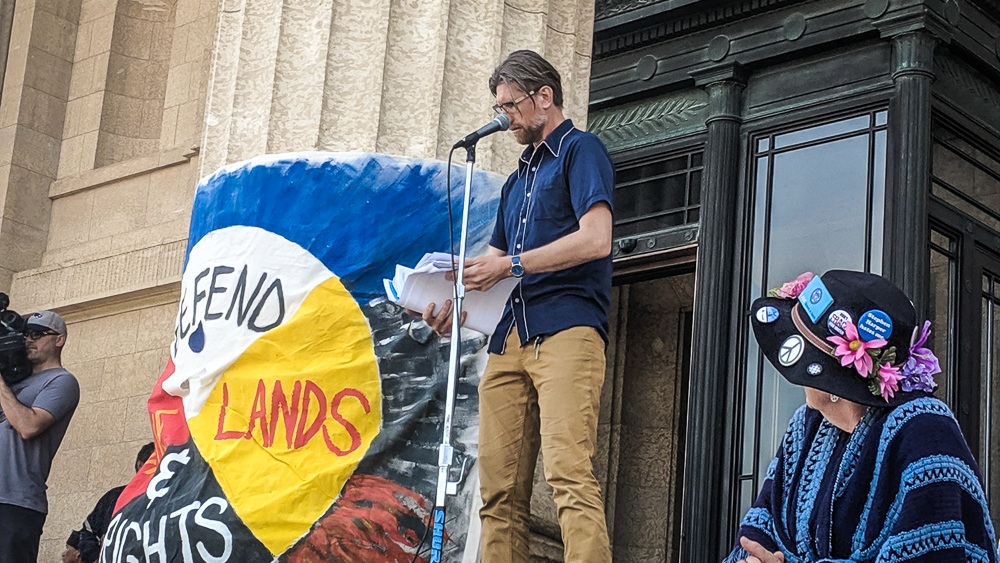 Eric Reder, Wilderness and Water Campaigner shows us his copy of the 400 page environmental assessment. CPS is claiming that only hot, dry and windy days will cause air quality concerns.

Several dozen protesters gathered in Winnipeg on Wednesday to rally against a silica sand mine proposed for construction near Hollow Water First Nation, arguing the project could harm the environment and human health.

The group met at the front steps of the Manitoba Legislature to oppose the province’s environmental approval of the project, which will permit the Wanipigow silica sand extraction project to be built about 200 km north of Winnipeg. The location is on the east side of Lake Winnipeg, near Seymourville and Hollow Water First Nation.

“If it’s hot and dry and windy, that sand, this carcinogenic substance … will be blown into the community,” said Reder

Lisa Raven, a Hollow Water resident, said community members have found it difficult to voice their concerns about the mine, since Hollow Water’s chief, the provincial government and the company all support it.

The group is urging the province to rescind its environmental licence for the project, which critics argue was too rushed to determine its full impact.

The province expects the mine to be a $150-million investment that generates 150 local jobs while removing silica sand for use in the fracking of oil and gas.

“Our government is committed to protecting our natural resources while ensuring economic development occurs in an environmentally responsible manner,” said Squires, in a Wednesday email.

Squires added that her department will “carefully monitor” to ensure that every licensing requirement is met throughout the project.

But Eric Reder, a campaigner for the Wilderness Committee Manitoba, claims the operation also poses an unaddressed health risk, since winds could blow silica sand into Hollow Water.

“If it’s hot and dry and windy, that sand, this carcinogenic substance … will be blown into the community,” said Reder.

He also alleged that some environmental studies of the site were too rushed. Reder said that includes a wildlife survey done on one October day, a time of year when some endangered species wouldn’t normally be present.

“The government of Manitoba is rushing this process through with no chance of putting all of the information out in public,” he said.

The Wilderness Committee previously asked the federal government to take over the project’s environmental assessment but Reder said that request has since been denied. 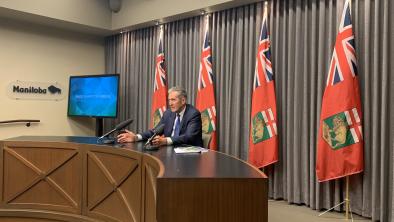 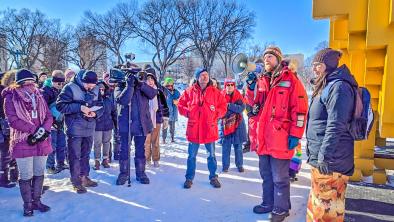