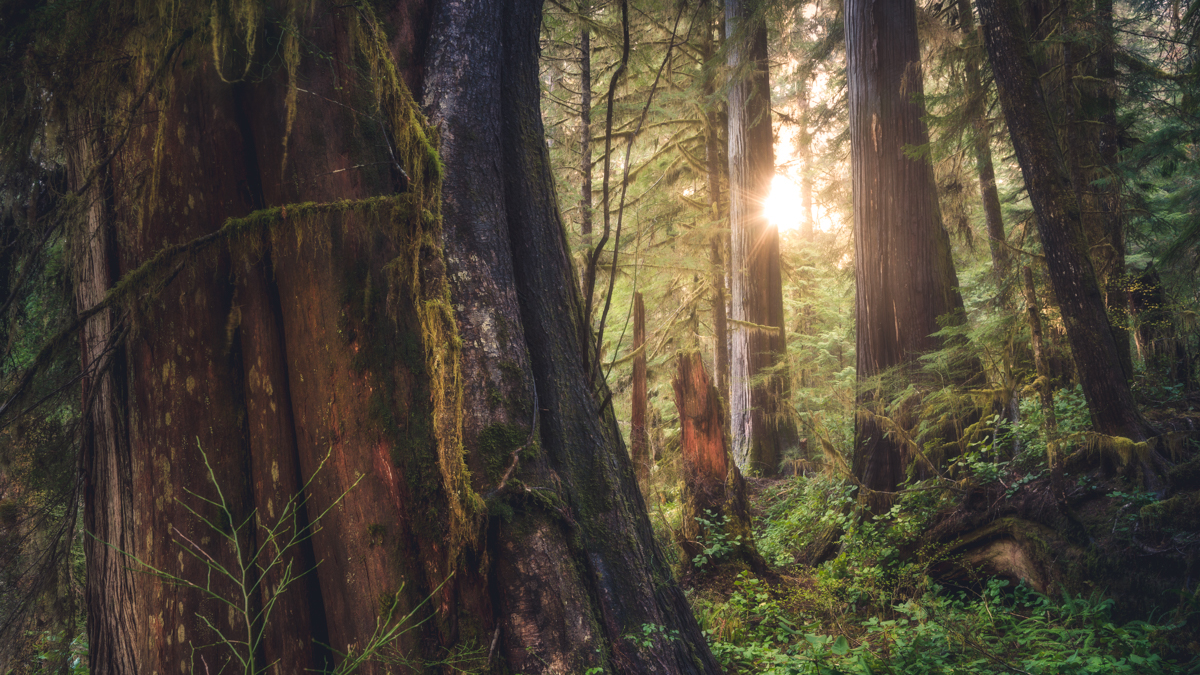 British Columbia has approved the request of three First Nations that want old-growth logging deferred for two years in part of their territories, including at the site of ongoing protests and arrests.

Hereditary and elected chiefs of the Huu-ay-aht, Ditidaht and Pacheedaht First Nations on southwestern Vancouver Island issued a declaration Monday calling for old-growth logging to be temporarily deferred in Fairy Creek near Port Renfrew as well as the central Walbran area. The deferral in the two areas involves about 2,000 hectares of old-growth forest.

Below are maps of where the deferrals are, in relation to remaining old-growth, proposed and approved roads and cutblocks, blockade camps and other features: 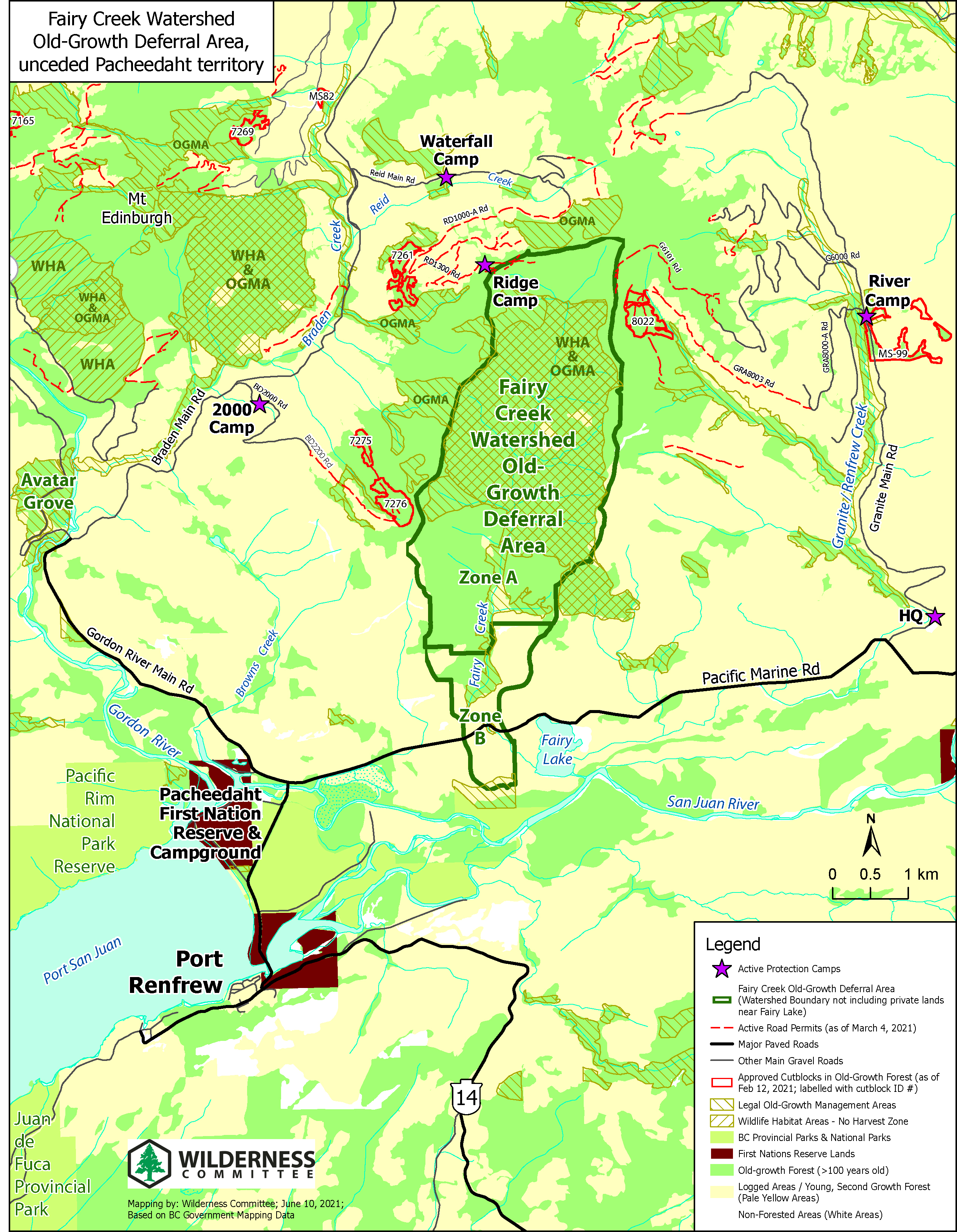 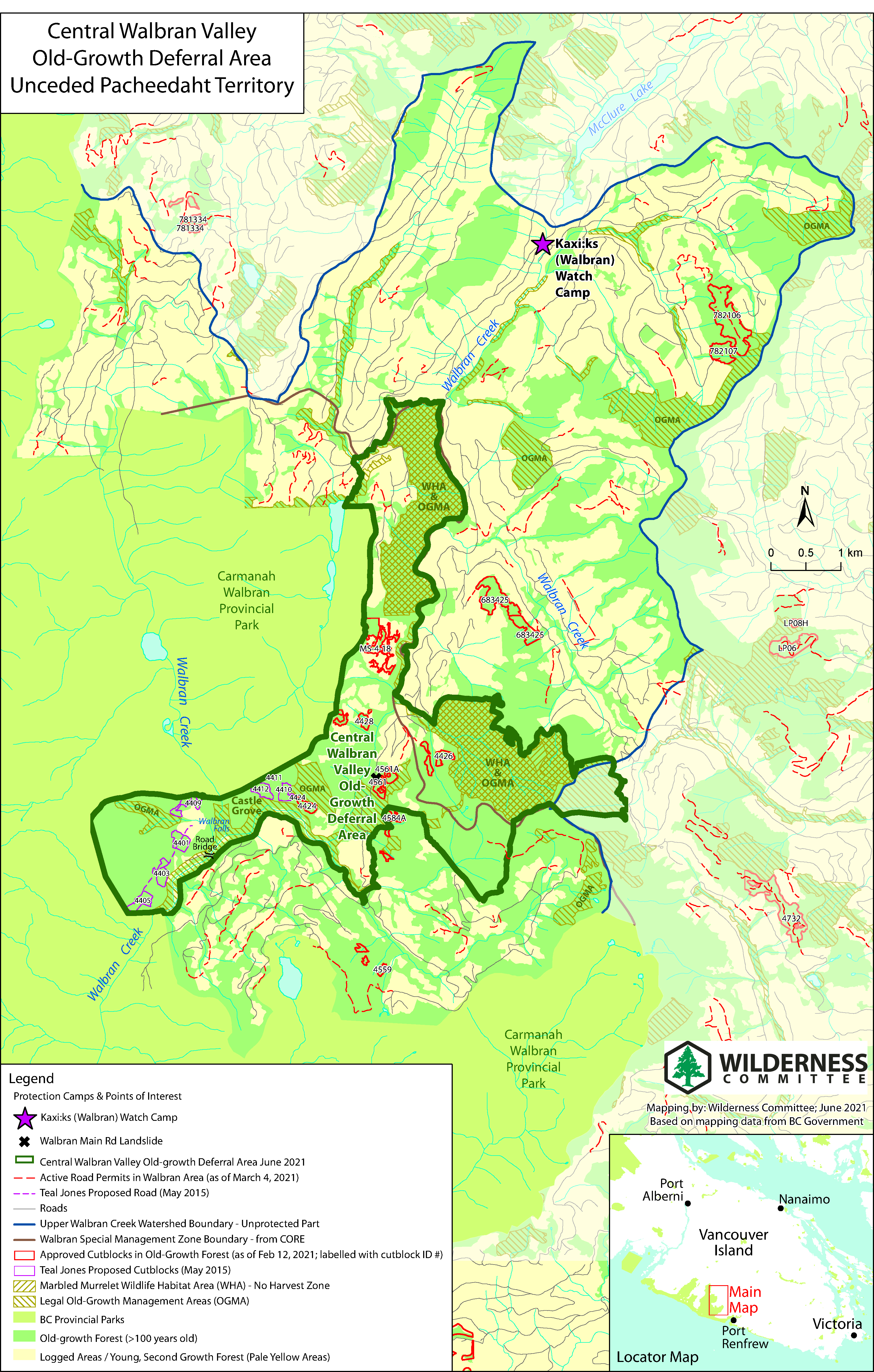