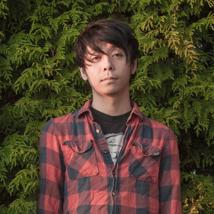 Kelvin is our graphic designer and handles all things graphics and artwork related. Kelvin works from the unceded Coast Salish Territories. He’s working with our production and communication teams and designs our annual catalogues, calendars, mail outs and event posters. Kelvin loves that he’s using his talents to protect the environment and making a positive impact on the planet. Before the Wilderness Committee, Kelvin worked a decade in the private sector and has been freelancing since 2010. And previously worked with another nonprofit organization called Sawa World for youths in Uganda. He also works on personal graphic design and illustration projects in his spare time, from designing t-shirts to skateboard decks to posters. When Kelvin is not creating graphic artwork he spends a lot of time in nature, he grew up in North Vancouver and loves exploring, hiking, and (weather permitting) snowboarding around local destinations in and around the area.