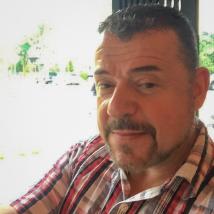 Michael is our newest version of Administration Director and is responsible for all things operational at the Wilderness Committee. He works from the unceded Coast Salish Territories. Michael hails from Northern British Columbia where he grew up between Dawson Creek and Mackenzie and moved to Vancouver in 1984. He has had a front-row seat watching what can happen to community and environment when capitalism is left unchecked. Michael has had a long career working in social services, the healthcare sector and HIV/AIDS movement in the province. He’s filled many different roles but primarily focused on finance and administration. He describes himself as “an accidental environmentalist” in that he has always had a great fondness for the wild and unspoiled environment we enjoy in BC and has always felt we should leave as small a footprint as possible. A life lesson learned by spending many summers travelling and camping throughout the province with his grandparents. Michael likes to spend his spare time rebuilding antique appliances, back-roading in his RV and fixing things. He is quite excited by the new challenges and opportunities The Wilderness Committee will bring.