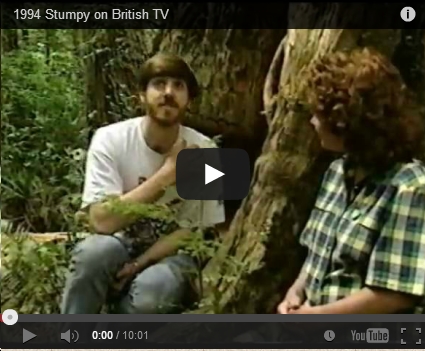 See this 10 minute, 1994 video segment of a British kids show about Stumpy's Canadian rainforest home on Vancouver Island. Greenpeace had recently taken Stumpy to Britain, and the British people had become curious about Canada's west coast ancient temperate rainforest, and the clearcut logging that was quickly wiping it out. A British TV crew travelled to BC to report back.