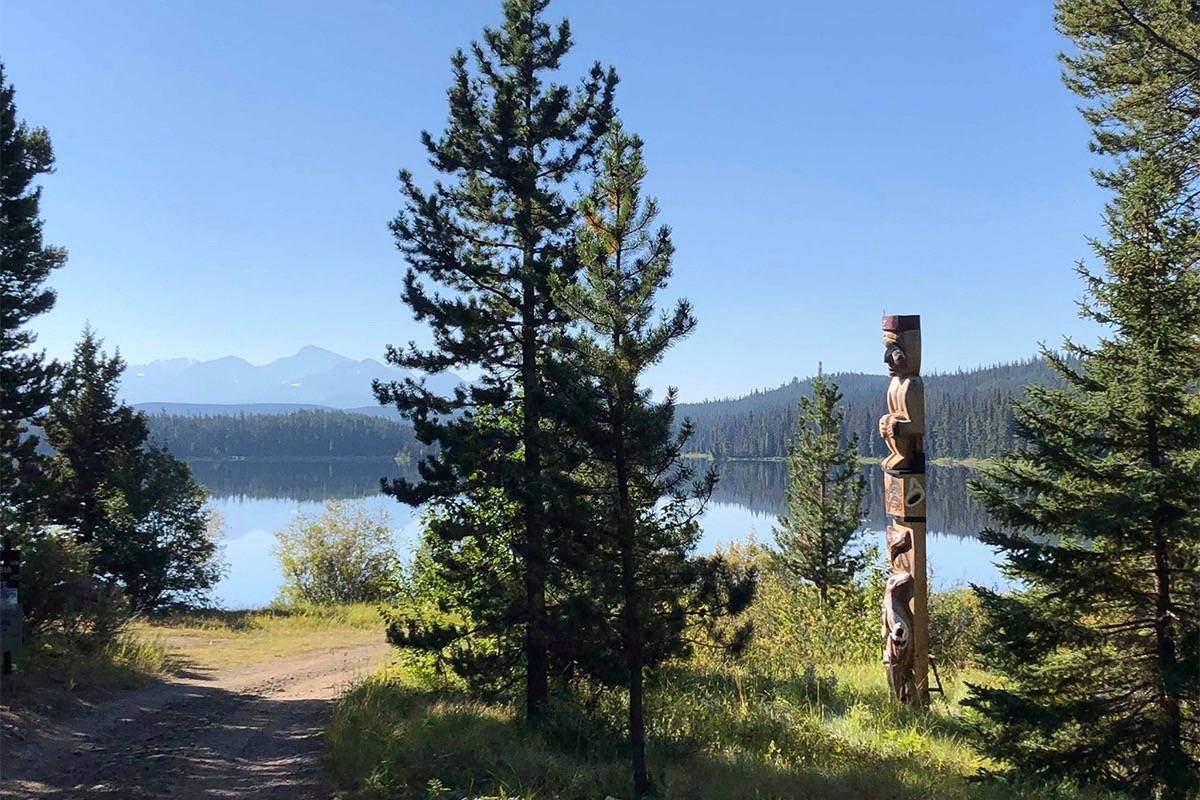 The outcome of the Tsilhqot’in Nation’s court case regarding infringement of Indigenous rights will need to be decided first, judge said

The Tsilhqot’in Nation’s injunction has been granted to stop Taseko Mines Ltd. from carrying out exploratory drilling near Teztan Biny (Fish Lake) and surrounding area for its proposed New Prosperity Mine about 185 kilometres southwest of Williams Lake.

A decision on the injunction was handed down Friday, Sept. 6 in B.C. Supreme Court.

Xeni Gwet’in Chief Jimmy Lulua said the injunction will remain until the Tsilhqot’in Nation’s own court case against the provincial government for issuing the proposed drilling permit to Taseko is heard.

“We have rights to hunt and fish in that area and protect our cultural and sacred grounds,” Chief Lulua said. “They have to prove that they won’t impact any of those at all — that’s what will be heard in court. We don’t have a court date yet.”

Lulua said he is relieved by Friday’s decision to grant the injunction.

“It was our last Hail Mary,” he told the Tribune. “There was no other option and if we lost it would have definitely been a hairy situation. A lot of our people are fierce and when you look at our situation, our fish stocks are not in the rivers right now.”

The decision, he added, shows that courts are starting to recognize Indigenous rights and title.

“That transition period has taken a lot of time, but since 2014 the court system seems to be doing that. It basically comes down to what judge you get — it is the luck of the draw.”

Brian Battison, Taseko Mines Ltd. vice-president of corporate affairs, told the Tribune the judge said she would not rule on whether Taseko could proceed with drilling until after the infringement court case is heard and decided upon.

The decision to halt the drilling will lead to a delay in Taseko’s ability to undertake physical work at its proposed mine site property, Battison commented.

“In a broader context it’s a decision that makes it difficult to be optimistic about resource development in the general area the Tsilhqot’in claim to be theirs,” he added.

Taseko initially received a permit for the drilling program in the summer of 2017 from the provincial government. The permit has been challenged repeatedly by the TNG and has gone before the BC Supreme Court, the Court of Appeal and an application to have it heard at the Supreme Court of Canada was turned down.

On July 2, 2019, the Tsilhqot’in Nation stopped Taseko contractors from hauling equipment into the site by setting up a road block at the Farwell Canyon Road off Highway 20.

Both sides sought injunctions in B.C. Supreme Court and the judge hearing the cases in August postponed making a decision until September.

Chief Russell Myers Ross, TNG vice-chair, said the BC Supreme Court’s decision is a victory for the Nation as the matter continues to unfold in court. “Through the Dasiqox Tribal Park initiative, we have set out a different vision for these lands and waters that respects our culture and our aspirations and creates a space for healing,” Myers Ross said. “We will continue to work to see that this vision becomes a reality for our people and that future generations benefit socially, economically and environmentally from all the sacrifices that the Nation has and continues to make.”