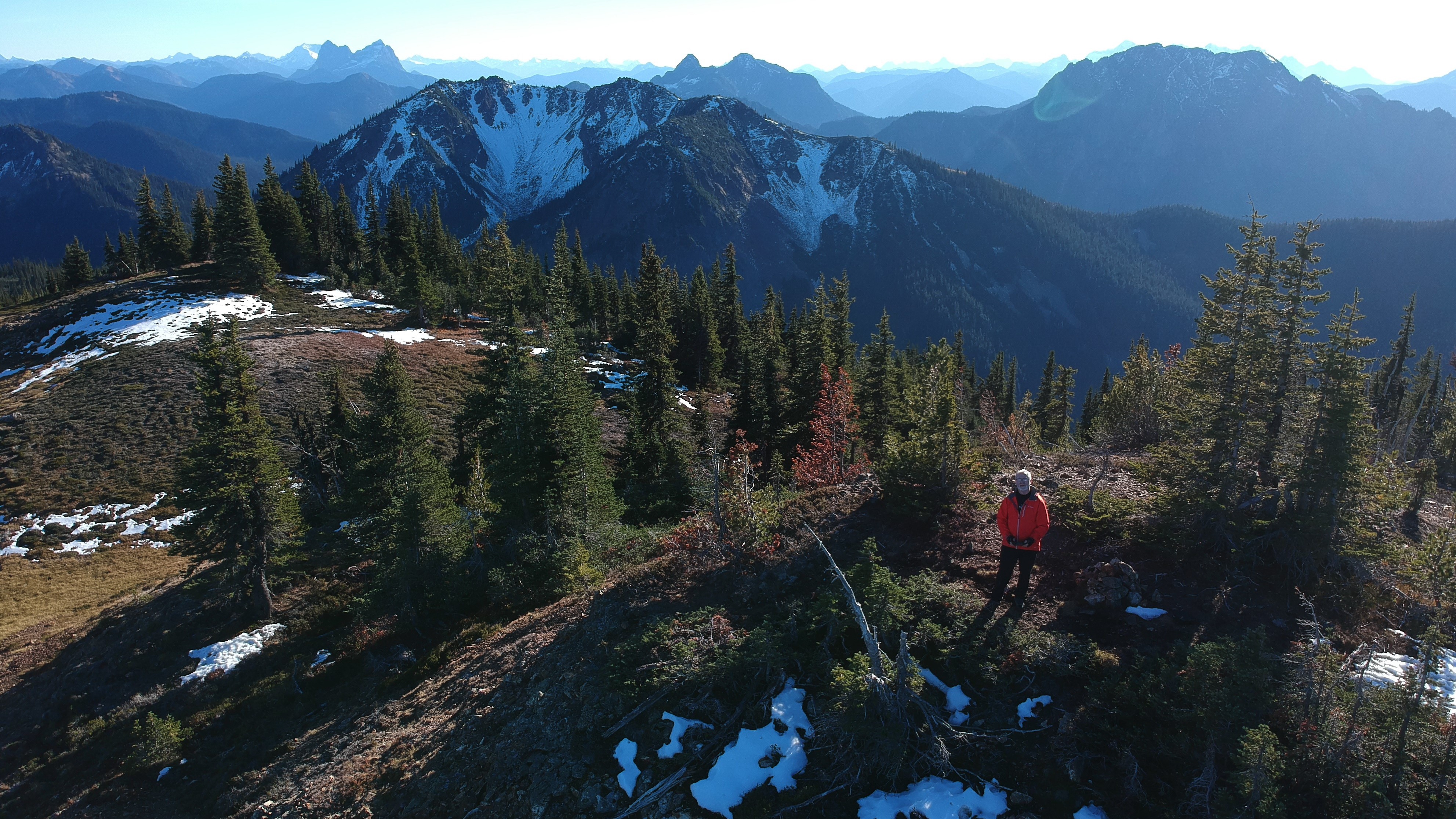 A 360-degree vista of North Cascades magnificence spreads out at the hiker summit of Mount Tomyhoi, north of Mount Baker and just south of the Canadian Border . . . until you gaze down past Tomyhoi Lake.

An ugly clear cut, almost to timber line, looms just on the other side of the Canadian border.

All along the 49th Parallel, as you head west, the scene is the same. The American side of the border is pristine and protected in wilderness areas as well as the North Cascades National Park complex.  On the Canadian side, Depot Creek, Maselpanik Creek, far upper reaches of the Pasayten River -- the clear cuts are everywhere.

Which brings us to the Upper Skagit River, scene of  the unkindest cut of all.

British Columbia has, to its credit, created two parks on its side of the border, long-established Manning Provincial Park and Skagit Valley Provincial Park. Centerpiece of the Skagit park are eight miles of the "magic Skagit" in Canada that would have been flooded had Ross Dam been raised by 121 feet.

It didn't happen, thanks to an agreement negotiated in the 1980s. British Columbia supplies Seattle with the electricity that "Hi Ross" would have generated. It's informally known as the Pina Colada Treaty, after a poolside drink when Seattle Deputy Mayor Bob Royer ran into B.C. Premier Bill Bennett on Maui.

The Canadians did not want their valley flooded. We listened. We did a deal, which also preserved 800-year-old red cedars in the Big Beaver Valley on our side of the line.

But the Upper Skagit in British Columbia is being logged. How could this be?

There is a "donut hole" of unprotected land, surrounded by the two provincial parks. The British Columbia government has let in the loggers.

Of far greater worry, Imperial Metals has applied for an exploratory mining permit in the far headwaters of the Skagit River.

Remember the name. Imperial owns the Mt. Polley Mine, a copper and gold mine where a tailings dam breached in 2014, sending millions of gallons of water and toxic slurry down a creek into Quesnel Lake and the Cariboo River.

The Quesnel and nearby Horsefly lakes are spawning grounds for one of the Fraser River's great sockeye salmon runs: 200,000 salmon were headed upstream when the tailings slurry rushed downstream.

Such is the mining industry's clout in Canada that nobody has ever been punished.

The "magic Skagit" is home to all five species of wild salmon, including Chinook salmon vital to survival of our endangered southern resident orca whales.

Mayor Jenny Durkan has voiced her concern in a March letter to British Columbia Premier John Horgan. But much more needs to be done. The Washington Congressional Delegation has been pitifully silent, although Sen. Maria Cantwell managed to keep Canadian miners out of the upper Methow.

B.C. Premier John Horgan is an engaging, hearty, progressive guy. He doesn't owe Imperial Metals a damned thing. The Alberta plutocrat who owns the outfit threw a million dollar fundraiser for Christy Clark, the premier that Horgan sent packing in 2017.

While we're at it . . . Horgan and Canada's Prime Minister Justin Trudeau need to get moving and create a South Okanagan-Similkameen National Park, in lands on the border and just over the border at the east end of the Cascade Range.

It would be Canada's newest national park, protecting 8,500-foot peaks, bighorn sheep, plus the Great White North's only desert,  its fascinating critters and unique plant life. You can get buzzed by a rattlesnake in the Ashnola Valley, and stumble over a ptarmigan up high later in the day.

We've done well in saving the "American Alps," and spared British Columbia a reservoir in a popular recreation valley.

Now, it's time for Canadians to do their duty. Create the national park -- Trudeau faces voters later this year --  stop logging in the "donut hole", and tell Imperial Metals to stay away. Mt. Polley taught us they can be trusted as far as you can hand roll a bulldozer.

Let the headwaters of the "magic Skagit" be. Eh?